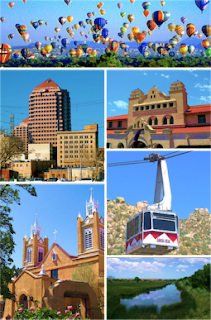 With 10,000 Baby Boomers a day turning 65, there is a growing demand for affordable places to retire.  Many members of our generation will have very little retirement income other than their Social Security benefits.  However, this does not mean that Baby Boomers plan to spend their senior years living in poverty.  They do have options.

The good news is that many couples will have a total retirement income of around $40,000 a year, which is more than enough for a couple to live and enjoy life in any of the cities listed in this article.  In order to reach the goal of $40,000 a year, the primary breadwinner's Social Security benefits should amount to around $2200 a month, with their spouse receiving an additional $1100.

Single retirees who live together with a partner, friend or relative can also achieve a combined Social Security income of approximately $40,000 if each of them has a Social Security benefit of about $1670 a month.  This is not an unreasonable amount for people who have worked most of their lives, or widows who are receiving benefits based on the income of a deceased spouse.  At this income level, there are many affordable and pleasant places where retirees might choose to live.

According to U.S. News, here are the best places to retire if you have a retirement income of $40,000 or less.  I have spent time in several of these cities, and have added my own comments about those locations.

Albuquerque, New Mexico -- We used to take our family to the mountains around Albuquerque and vacation in the surrounding towns of Pueblo, Red River and Angel Fire.  Although the area can get chilly in the winter, it is pleasant, although sometimes quite hot, in the summer.  Daytime highs in December and January range from the mid 40's to the mid 50's.  Highs in the summer tend to be in the 90's, although night temperatures drop to the 60's and 70's, making the summer evenings and mornings quite pleasant. Home prices and rentals are very affordable.

Augusta, Georgia -- This is a beautiful, charming Southern city.  It generally has a mild climate, with numerous golf courses and other amenities in the area.  At the same time, it is surprisingly affordable.

Columbia, South Carolina -- Another Southern City with a mild climate.  However, South Carolina also gets hot in the summer.  On the other hand, many retirees who are finding Florida a bit too hot for their taste are discovering that both South and North Carolina have milder weather and, in many cases, are more convenient to other family members who live in the Northeast.

Knoxville, Tennessee -- This is a thriving, modern city.  It is similar to Lousiville, Kentucky (mentioned below), but it is further south and has a somewhat milder climate. Tennessee, Arkansas and Kentucky are all beautiful states with many charming small towns.  Anyone who is considering one of these cities should also explore the surrounding towns.

Little Rock, Arkansas -- Arkansas is a beautiful and extremely affordable state.  Like Tennessee, Kentucky and Mississippi, Arkansas has a large number of very affordable residential areas.  If you find a home near activities that interest you ... such as lakes or golf courses ... you can have a very pleasant retirement at an affordable price.

Louisville, Kentucky -- One of our daughters lived in this lovely city for several years.  The citywide celebration that takes place during the period of time leading up to the Kentucky Derby is delightful, including a massive fireworks display at the riverfront.  The city has colleges, a beautiful riverfront, museums, theaters and plenty of activities for the entire family.  Rents are quite low.   U.S. News estimated that the average senior citizen pays about $600 in monthly rent in Louisville.  Our daughter rented a lovely two-story, three bedroom townhouse in a very nice part of the city for under $1000 a month.

Pittsburgh, Pennsylvania -- Another one of our daughters lives in rural Pennsylvania.  It gets quite cold in the winter, with a lot of snow.  However, it is a very affordable place to live, and there are many fun amenities in Pittsburgh including live theater, sports teams and an abundance of restaurants and bars.

St. Louis, Missouri -- I grew up in a suburb of St. Louis, and still have relatives who live there.  It is a very affordable city with a thriving nightlife, including riverboat casinos, restaurants, bars, and sports venues.  The Mississippi riverfront attracts tourists as well as local residents.  It received a lot of bad press in the past view years because of rioting in Ferguson.  However, those events did not affect the majority of people who live in the St. Louis area.

San Antonio, Texas -- This is one of my personal favorite retirement cities, especially if you prefer a warmer climate.  The Riverwalk area of San Antonio is across the street from the world famous Alamo mission.  It is a lovely location to take a walk, stop in a sidewalk cafe, and watch small boats cruise by.  There are 11,000 acres of parks in the city, and over 50 golf courses.  Homes are very affordable, and rents for retirees average about $800 a month.  San Antonio is also a city that has come up several times on the the top retirement lists of other organizations.

Remember, whether I have personally been to these cities or not, all of them were listed by U.S. News as great places to retire on an income of $40,000 a year.  Since this income is within the means of many Americans, even those living on Social Security alone, these are certainly locations that many Baby Boomers will want to consider.  Your final decision may be based on many factors including climate and proximity to your adult children or other family members.

In addition to these cities, you may also want to explore some of the small towns in the same states.  Often, the small towns are even less expensive than the cities and can be quite charming.

If you are interested in learning about other places to retire or other retirement information, use the tabs or pull down menu at the top of this page to find links to hundreds of additional articles.

Photo collage of Albuquerque is courtesy of www.en.wikipedia.com/commons
Posted by Deborah-Diane at 8:31 PM