Early Signs of Dementia - You are Probably Worrying Unnecessarily! 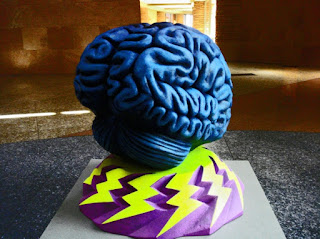 As we age, most of us are concerned about the possibility of developing dementia.  Every time we misplace our keys or forget a name, we worry that we may be on our way to completely losing our mind.  However, the good news is that dementia is probably not in your future. Even for those who live to be in their 90s, fewer than half will develop anything more serious than mild cognitive decline. The reason we worry, of course, is because the majority of us do not actually know how to recognize the early symptoms of dementia.  According to an article in Medical News Today, on Feb. 21, 2019, there are ten symptoms which are indicative of the type of declining cognitive functioning which could lead to a serious case of dementia.  Having two or more of these symptoms means it is time to see a doctor.

First, it is important to understand that the term dementia is an umbrella term for a number of different types of cognitive decline.  Here are the most common types of dementia:

Regardless of the type of dementia which you could be developing, you should be concerned if you or a family member develop two or more of the symptoms listed below.  In addition, the symptoms need to be severe enough that they interfere with daily life.  In other words, occasionally losing your keys, getting confused, or forgetting a name is not necessarily enough of a problem that it would indicate anything more serious than simple age-related mild cognitive decline or, in some cases, it could simply mean you are tired.  The symptoms below are only a concern when they are severe and interfere with your life, work, and relationships.  In addition, remember that you need to be experiencing two or more of these symptoms, before you need to worry that you could be developing dementia.

1.  Extreme Memory Loss - Memory loss is especially significant if you cannot remember information which you have recently learned, or events which happened during the preceding few days or weeks.  For example, when my mother's dementia began to be severe, she once told me she had not seen my sister in months, despite the fact that my sister was actually staying with my mother at the time and had only gone into another room.

2.  Difficulty solving problems and making plans - This symptom becomes obvious when a person can no longer follow driving directions or remember how to prepare a familiar recipe.  They may also have difficulty paying their bills.  My mother turned the bills over to my father a couple of years before she showed more serious symptoms of her dementia, despite the fact she had paid their bills for decades before her decline.

3.  Difficulty completing familiar tasks - This is similar to the symptom above, although it becomes an issue when a person has difficulty with even simple, familiar tasks which do not require much planning, such as making a cup of tea or going to a familiar location.  In the retirement community where I live, people occasionally become disoriented and get lost on the golf course, or on their way to a nearby bank or restaurant.

4. Confusion about the time and place - People with dementia often struggle with dates.  While we may all occasionally think a past event happened "just last year," when it actually happened a decade ago, this is more pronounced in a person with dementia.  They may also become confused about where they are.   They may no longer remember their address or phone number.  They may repeatedly ask what time it is.  They may insist it is spring, when it is really fall or winter.

5.  Challenges with interpreting visual information - If a person suddenly has difficulty reading the paper, judging distances, or recognizing differences in colors, this could also be an early symptom of dementia.

6.  Problems writing or speaking - Communication is very important to anyone with normal cognitive ability.  Someone with dementia may find it difficult to hold a conversation or write a note.  They may forget what they are trying to say, or their handwriting and grammar may worsen.  They may want to avoid situations where they are expected to socialize, especially with new people.

7.  Misplacing items - We all misplace common items from time-to-time, and doing so is not necessarily a symptom of dementia. However, when it happens too frequently, or the person begins to believe that their possessions are being stolen, then it can be a sign of dementia.  When my mother lost weight late in life, some of her shoes became loose.  She believed someone was sneaking into the house late at night to steal her shoes and was replacing them with pairs which were too large for her.  As ridiculous as this sounds to other people, my mother was so convinced that she was being robbed that she slept on the floor in front of her closet door for several nights until she finally forgot about the "thefts."   Until she forgot about the issue herself, no one in the family could convince her that she was mistaken.

8.  Poor judgement or decision-making - With all the other symptoms mentioned above, it is easy to understand why someone with dementia may make poor decisions.  For example, they can become easy prey to scammers and be talked into purchasing items they do not need, or they may pay too much for things.  They could also stop taking care of themselves and their personal hygiene may decline.  This is one reason why I personally get upset when residents of our over-55 community are targeted by phone scammers.  While I never fall for them, I know there are many seniors in our neighborhood who could easily get into a prolonged conversation with the caller and do whatever they ask.  These predators victimize some of the most vulnerable people in our society.

9.  Social withdrawal - Many people begin to isolate as they age. This can also be a sign of dementia.  One of the reasons for this isolation may be because they are having difficulty with conversations and other forms of communication.  They may be less aware of the people around them and not understand everything which is being said. Other reasons they may withdraw could be hearing loss or poor vision.  Fear of getting lost or being vulnerable to criminals may also cause them to stay home and become isolated.

10.  Changes in personality or mood -  If someone who has traditionally been mild-mannered begins to develop mood swings or changes in personality, this can be an early symptom of dementia, although it can indicate other health issues as well, such as severe pain or a reaction to medications such as steroids.  Whatever the cause, unusual bursts of temper or mood swings need to be investigated by their physician.

The Good News about Dementia

Even if you or someone in your family exhibits a few of these symptoms, it does not necessarily mean they are going to develop severe dementia. Not all cases of mild cognitive decline progress to severe dementia.  The first thing you should do is talk to a doctor.  There could be a reversible cause for the above symptoms.  For example, as mentioned above, some medications can cause many of the above symptoms.  When the medication is removed, full cognitive function may be restored.

In addition to medication problems, symptoms of dementia can be caused by hearing loss, vision problems, depression, pain, or other treatable problems.  A doctor can determine whether or not there are underlying problems and help you find a solution.  Even if there is not a physical cause for the dementia symptoms, it is possible that a physician can prescribe a medication to slow down the progression of the disease.  Regardless of the cause of the dementia symptoms, your first step should be to make an appointment with your doctor.  No one should assume there is nothing which can be done and leave the symptoms untreated.

If you are a caregiver, you may also be interested in reading a book such as "The Dementia Handbook."  (Ad) It will provide you with even more detailed information about the stages of dementia and how to care for someone with symptoms of the disease. It is important for caregivers to get all the information and help possible.

If you are interested in learning more about common medical issues as you age, Social Security, Medicare, financial planning, where to retire, travel and more, use the tabs or pull-down menu at the top of the page to find links to hundreds of additional useful articles.

Photo credit:  morguefile.com
Posted by Deborah-Diane at 8:04 AM