The American Blue Zone Lifestyle Could Help You Live a Longer, Happier Life 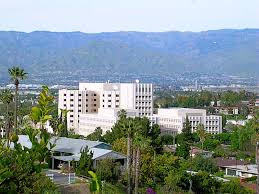 Around the world, there are five spots known as the Blue Zones, where people tend to live as much as ten years longer than they do in other nearby communities, with lower levels of both dementia and disability.  Those locations are:  the island of Ikaria, Greece; Okinawa, Japan; the Ogliastra Region of Sardinia; the Nicoya Peninsula in Costa Rica; and Loma Linda, California in the United States.  While many people in the U.S. accept the idea that people who reside in distant, exotic locations may live exceptionally long and healthy lives, they are often shocked to realize that a suburban community on the inland, polluted side of Los Angeles could produce people who live longer than typical Americans.  What are they doing?  How can there be a Blue Zone in an overcrowded community in California?

Loma Linda, California was founded by a group of Seventh-day Adventists in the 1840s.  They believe that maintaining good health is a central part of their religion.  In order to do this, many of the residents of the community follow an unusually healthy lifestyle, compared to other residents of the United States.  They typically abstain from alcohol and do not smoke.  They also set aside the Sabbath each week to spend time in worship, socialize with their family and friends, and enjoy nature.  Many of them believe that this is a good way to relieve their stress.  The time they spend with other members of their faith also makes it easier to support each other's values and habits.

Exercise is a Normal Part of their Lives

According to the Adventist Health Survey, their followers who participate in some type of regular, low-intensity exercise, such as taking a daily walk, have a lower risk of heart disease, as well as some types of cancers.  Walking and staying active are considered essential parts of their daily lives.

They have also learned that it makes people happier when they help others.  As a group, Adventists provide many opportunities for their members to volunteer.  This gives them a sense of purpose, helps them stay active, and lowers their risk of depression.  This is a classic case of helping yourself by helping others.

The Adventist Health Survey indicated that those who ate a plant-based diet, supplemented with small amounts of meat and fish, had lower levels of a wide variety of diseases.  After studying the Adventist diet, here is what researchers recommend:

Eat a small handful of nuts five times a week - Nuts appeared to cut the risk of heart disease in half and added two years to their lives.

Eat mostly fruits, vegetables and whole grains - A plant based diet protected their adherents against a variety of cancers.  The nonsmoking Adventists who ate two or more servings of fruit each day had a 70 percent lower rate of lung cancer than nonsmokers who ate fruit only once or twice a week.  Those who ate peas, beans and other legumes three times a week saw a 30 to 40 percent reduction in colon cancer. The women who ate tomatoes at least three or four times a week reduced their ovarian cancer risk by 70 percent, and men who ate tomatoes had a lower rate of prostrate cancer.

Limit your consumption of meat - If meat is eaten at all, Adventists tend to consume it in small quantities, primarily as a side dish, not the central part of the meal.

Drink 5 or 6 glasses of water daily - Those who followed this recommendation had a 60 to 70 percent reduction in heart attacks.

Those Adventists who followed the above exercise and diet routines were able to maintain lower blood pressure and cholesterol levels than the typical American.  They also had less heart disease than heavier Americans who typically also have higher BMIs.

Learn More about the Blue Zones

The benefits of living the Blue Zones lifestyle are amazing, especially considering that Loma Linda, California is not a remote, rural village, but a thriving, busy suburb of Los Angeles.  It is surrounded by freeways, and experiences both noise and air pollution.  Despite these environmental issues, the residents embrace a lifestyle which still helps them manage to live long, healthy, productive lives, with low rates of dementia and disability.

If you would like to learn even more about how to follow this lifestyle, you can check out   The Blue Zones Solution: Eating and Living Like the World's Healthiest People. (Ad)

Following this lifestyle could be life-changing, keep you healthy and boost your chances of living a longer life.

If you want to learn more about common health problems (and how to deal with them) as you age, retirement planning, Medicare, Social Security, where to retire and more, use the tabs or pull-down menu at the top of the page to find links to hundreds of additional helpful articles.

You are reading from the blog:  http://baby-boomer-retirement.com

Photo credit:  Loma Linda photo courtesy of Wikipedia
Posted by Deborah-Diane at 7:11 AM