Disadvantages of Early Retirement - When Should You Stop Working? 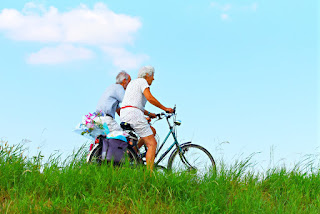 Many young adults make it their goal in life to retire young. Some occupations, such as firemen, policemen and government jobs, even make it possible for people to begin collecting a pension in their 50s, rather than making them wait until their mid 60s, which is the full retirement age for Social Security.  Despite the fact that you may have always dreamed of retiring early, and even could begin to collect a pension in your 50s, it may not be in your best interest to retire at such an early age.

You May Live Longer Than You Think

About one-third of retirees will live to be in their 90s.  You could be among them.  Americans are living much longer than they were when the "normal" retirement age was set at age 65.  If you stop working in your 50s, this means you could live another 40 years without a reason to get up each morning and follow a routine. You will gradually fall further and further out of the mainstream, separated from co-workers, and no longer developing new skills in your profession.  Gradually, you may stop learning, stop interacting with new people, stop getting out of the house on a regular basis.  New technology could become too complex for you to deal with.  Eventually, you may simply stop trying to keep up with a changing world.

You May Not Have Enough Money to be Retired for Decades

Think about how much you paid for common items when you were in your 20s.  In my case, my first new car, purchased right off the showroom floor, cost me about $2,000.  When my husband and I married, we purchased a newly built lakefront home in California, near San Francisco, for about $35,000.  In less than four decades since then, the prices of everything have gone up 10 to 15 times, or more.  That home is worth about 20 to 30 times what we paid for it.  If I live another three decades, which is possible, prices could easily increase another ten-fold.  How many people are prepared to cover their future expenses, when they factor in inflation?  What if you need to purchase a new car, put a new roof on your home, pay for the funeral of a family member, replace your air conditioner, or cover the cost of other big ticket items?  What will that do to your retirement savings?  Even if you avoid making any large purchases during the remaining years of your life, everyday expenses such as property taxes, food, and utilities could increase faster than your Social Security benefits. You could gradually deplete your retirement fund.  As you make these withdrawals, you are likely to wonder if your money will last the rest of your life.

You May Face Financial Setbacks

If the value of your home drops, the stock market falls, or you face a catastrophic loss from a flood, fire or medical crisis, it will be difficult to recover financially, if you are not working.  You may have to dip more heavily than expected into your savings in order to recover, and then you will have even less money left for the future.  You may find yourself going deeply into debt, or you may need to sell your home and other assets, just to survive.

Early Retirement Deprives You of Years of IRA Contributions and Growth

When you turn 50 years old, you are allowed to begin making larger "catch-up" contributions into your retirement accounts.  However, if you retire early, you miss out on those extra years of contributions, as well as the potential tax-free growth in your savings.  This means you are even less likely to be prepared for decades of withdrawals and setbacks.  The more money you put aside before you stop working, the more prepared you will be.

In addition to losing out on retirement savings, if you retire early your guaranteed benefits from Social Security or a pension will be smaller.  The longer you delay retirement, the more money you will have in benefits, and the more secure you will be financially.  If there is just one reason which will help you decide to delay retirement, it is your future financial security.

Medicare is Currently Not Available Until Age 65

If you are not employed and you are under the age of 65, you should check out what your medical insurance will cost before you retire early.  If you must purchase an individual policy from a private company, it could be quite expensive.  In addition, you need to consider the cost of your prescriptions, deductibles and co-pays, particularly if you have a serious chronic condition which could land you in the hospital.  Are you prepared to cover this expense for several years until you are eligible for Medicare?

Will You Be Bored During Decades of Retirement?

Many people have a bucket list of things they would like to do as soon as they retire ... travel, play golf, spend more time on their boat, or indulge in a favorite hobby. However, have you considered what it will be like if you try to do these things every single day for decades?  Will you eventually get bored?  Will you keep up a healthy routine?  Will you eat right, get exercise, and socialize with other people?  Or will you become lonely and depressed, often spending hours watching television?  For most people, their jobs are an important source of social interaction.  How will you replace the regular socialization and friendships you had while you worked?

It Could Be Hard to Find a Job Later

What if you quit your current job and, after a few years, realize you are going through money faster than you expected or discover you are lonely and miss working?  It could be difficult to find a job again, either at the same company or a different one.  If you do find a new position, you may discover that you have to start over in an entry-level position, rather than at the higher salary you were earning at the peak of your career.  There are a number of senior citizens who bag groceries at my local grocery store. There are others who take tickets at the local movie theater.  I am sure they had more responsible and better paying jobs before they retired.  They would probably have been better off working a few extra years in their late 60s than going back to work in their 70s or 80s.

If you really want to quit your current job, you may be able to find a compromise, rather than fully retiring. Instead of retiring from your current job and waiting you see what happens, you may want to move into a fun new career directly after quitting the job you currently hold.  It is easier to find a new job when you are currently working than it is if you have gone years without a job. The longer you go without a working, the harder it may be to find a new position.  In fact, finding a fun, new job which always fascinated you may be a smarter move than simply retiring early.  This is the time of life to go to work in that art gallery or gift shop, or to join a non-profit, or start a second career.  Even if you earn less money than you were before, at least you will be doing something interesting and fulfilling, you will postpone collecting Social Security, you may be eligible for a company health plan, and you will avoid some of the other hazards of retiring too young.

Retiring Young Could be the Death of You

According to research cited by Bloomberg, people who retire before the age of 65 are more likely to die early, even when the researchers accounted for the fact that some people retire early because they are in poor health.  There could be a number of factors at work here.  Studies have shown that people are more likely to get depressed and bored after retirement, and depressed people do not take care of themselves and tend to die younger.  Whatever the reason for the faster decline, simply by working longer you are probably going to be in better health in the final years of your life, which means you will enjoy your retirement even more!

If you are interested in learning more about retirement planning, Social Security, Medicare, common medical issues as you age, or where to retire, use the tabs or pull-down menu at the top of the page to find links to hundreds of other useful articles.