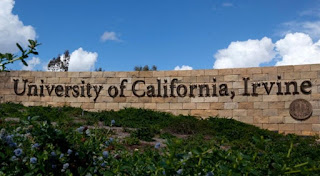 About a year ago, I volunteered to be a guinea pig for the University of California - Irvine Institute for Memory Impairments and Neurological Disorders, better known as UCI - MIND.  As a result of my interest in their program, I now receive regular reports from them on their latest research into various forms of dementia, including Alzheimer's Disease and Huntington's Disease.

Naturally, the major reason I volunteered for this program was to keep track of my own cognitive ability as I age, and do everything possible to avoid mental decline, if possible.  However, I also signed up so I could share what I learn with my readers.  In 2019, there were some encouraging news stories from the researchers at UCI - MIND about how doctors can improve their clinical management of dementia, as well as a potential therapy for Huntington's Disease, which also causes dementia.

The first thing they reported was what they discovered when researchers across the United States performed Amyloid PET Scans on 11,000 patients.  After reviewing the results in patients who had been diagnosed either with either mild cognitive impairment or dementia, doctors changed the care they had been giving to about 60% of the patients!  In other words, the original diagnosis for more than half the patients had been wrong.  The PET Scans revealed a number of errors in their original diagnosis.

Approximately 25 percent of patients who were thought to have Alzheimer's Disease had their diagnosis changed to non-Alzheimer's dementia after the PET scans.

Other diagnostic errors were also discovered after the PET scans.

Because of these PET Scans, doctors realized they needed to change the treatment they were giving many of their patients.  Unfortunately, this was a clinical study and amyloid PET scans are not covered by either Medicare or other insurance providers as a diagnostic tool before treating patients with dementia.  Hopefully, this will change in the future so that the treatments match the diseases causing dementia.  Meanwhile, if you or someone in your family is suffering with symptoms of dementia, you may want to talk to your doctor about the possibility of your loved one having a PET scan to confirm the suspected cause of their cognitive decline.

The second report from UCI - MIND was about a drug called an antisense oligonucleotide or ASO.  It has been found to be a safe way to lower the Huntington protein which is linked to the genetic mutation identified with Huntington's Disease.  A large clinical trial is planned to see if this drug will also lead to the first treatment to slow the progression of Huntington's Disease.  This could make a tremendous change in the lives of the 30,000 people in the United States currently living with the disease, and the estimated 150,000 who are believed to be at risk of developing it.

How You Can Access the Latest UCI - MIND Research

You can keep up with the latest research and discover what is being learned at UCI MIND yourself!  Anyone around the world can ask questions of the UCI MIND researchers by following them on Facebook at @UCIrvineMIND.  On the first Friday of every month at 9:00 A.M. Pacific Standard Time you can watch and participate live in their Facebook series, Ask the Doc: Alzheimer's Research Today!  Each month they have a new topic which is discussed by a research expert, and Facebook Live viewers can type their questions into the comments box and receive an immediate answer.

You can also get on the UCI MIND email list at www.mind.uci.edu/events and watch past episodes of their Ask the Doc Facebook series on the UCI MIND blog and YouTube channel.  If you are concerned about developing any type of dementia, you will want to take advantage of this unique opportunity to have your questions answered by experts, or see how the experts answered the questions other people had during their presentation.  Meanwhile, I will continue to share some of the latest research news with my readers as they release it.

To get a good overview of Alzheimer's Disease and other types of dementia, as well as symptoms, causes, treatments and patient care, I recommend the helpful book, "Alzheimer's & Dementia for Dummies."  It is clearly written and a good source of information for anyone who has been diagnosed with cognitive impairment, or for anyone who is a caregiver for someone who is suffering from mental decline.

If you are interested in learning more about other common medical problems as we age, Medicare, Social Security, where to retire, financial planning and more, use the tabs or pull-down menu at the top of the page to find links to hundreds of additional pages.

Disclosure: This blog may contain affiliate links. If you decide to make a purchase from an Amazon ad, I'll make a small commission at no extra cost to you

Photo of UCI taken by author.

Info in this report based on the Spring, 2019 issue of "MIND Matters"
Posted by Deborah-Diane at 8:24 AM