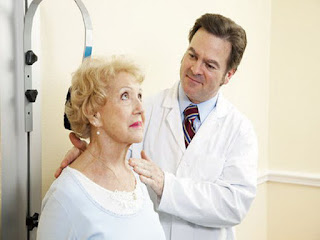 At the beginning of 2017, over 57 million American citizens, or approximately 15 percent of the U.S. population, relied on Medicare for their health insurance coverage.  With more than 10,000 people turning age 65 every DAY, this number is expected to grow in the coming years.  According to a poll by Kaiser Permanente Healthcare, which offers a popular Medicare Advantage program in some states, 77 percent of people consider Medicare a "very important" program.  Despite its popularity, Congress is fast-tracking their own proposals to privatize Medicare within eight years.

What Changes Does Congress Want to Make to Medicare?

Since the time Medicare was established in 1965, it has always been a "defined benefit" program, which means they guaranteed a certain level of health coverage.  When the Affordable Care Act was passed, the defined benefits were improved to include free preventive services such as flu shots and screenings for diabetes and cancer.  Under the current program, Medicare pays for 80 percent of the cost of doctor and hospital visits.  The beneficiaries either pay for the remaining 20 percent out-of pocket or they use a private insurance company in the form of a supplemental insurance policy or Medicare Advantage plan to cover most of their remaining expenses.

Congress is now considering changing from a "defined benefit" program to a "defined contribution" plan.  Their plan could also be called a voucher system.  Under the proposed plan, the government would give people a voucher to help with the cost of their insurance premiums, forcing senior citizens to shop for their own private medical insurance.  In addition, Congress wants to increase the eligibility age from 65 to 67.  Their goal is to limit how much the government spends on Medicare, despite the fact that nearly all U.S. citizens have been paying into Medicare their entire working lives ... some of them for decades.

What this new plan would do is put the responsibility for obtaining insurance on the backs of senior citizens.  The government would give you a voucher which you could use to pay for a discount on a private insurance policy, which you would be responsible for finding.  You would then have to pay any difference between the value of the voucher and the actual cost of your insurance premiums.  There would be no guarantee that the government voucher would cover a specific percentage of your insurance premiums.  In addition, you would be responsible for whatever deductibles and co-pays are required by your new insurance plan.  It is possible that seniors who cannot afford to pay these extra expenses would simply go without insurance or would buy the cheapest insurance with the highest deductibles.  This could cause them to avoid obtaining medical care except in the most extreme circumstances.

People over the age of 60 would be able to stay with traditional Medicare.  However, the new plan would gradually decrease the benefits and increase the costs which beneficiaries must pay.  The goal is to eventually "encourage" current Medicare beneficiaries to switch to the voucher program.

Could President Trump Veto the Proposed Changes to Medicare?

The only way to stop the above changes from going into effect would be if public pressure causes Congress to change its mind, or if President Trump vetoes the changes after Congress passes them.  While he was running for office, Trump was quoted at a rally in New Hampshire as saying, "Every Republican wants to do a big number on Social Security.  They want to do it on Medicare.  They want to do it on Medicaid.  And we can't do that.  It's not fair to the people who have been paying in for years."  However, recently his website has been changed to say that he is in favor of "modernizing" Medicare, although it is very ambiguous what that means.

On Dec. 4, 2016, on ABC News, the Vice-president elect Mike Pence said that Trump has "made it very clear in the course of the campaign that we're going to keep our promises on Social Security and Medicare."

Despite these statements by the incoming president and vice-president, it is important that U.S. citizens make their feelings known both to members of Congress and members of the new administration.

What are Other Ways Medicare Could be Fixed?

Many experts agree that the Medicare trust fund will need to slightly increase its income and decrease its expenses if it is going to remain solvent.  There are other changes which could be made to Medicare which would extend its life significantly, without privatizing it or doing away with the program.

1.  Keep Obamacare or a similar program.  When the Affordable Care Act (Obamacare) was passed, the cost savings included in the bill meant that the Medicare Trust Fund was able to remain solvent for an additional 11 years.  Obamacare slowed the growth of spending and reduced waste, fraud and excessive payments to care providers.  At the same time, the average beneficiary was able to personally save approximately $1,945 a year because the prescription drug "doughnut hole" was reduced.  These changes, and others, would disappear if the Affordable Care Act is repealed without being immediately replaced with a program which offers the same or similar benefits.

2.  Slightly increase payroll withholding and beneficiary premiums, deductibles and co-pays.  A small increase in revenues would help keep the current Medicare program solvent.  Modest increases in payroll withholding and the premiums, deductibles and co-pays which beneficiaries pay would adequately provide the necessary revenues while protecting the program.

3.  Give Medicare the authority to directly negotiate prescription drug prices.  Approximately one-sixth of the budget of Medicare goes to pay for prescription drugs.  If Medicare could negotiate directly with the pharmaceutical companies, which they would like to do, this would be a major step towards controlling their costs.

How Can Citizens Voice Their Opinions On Medicare Changes?

If you wish to let Congress know how you feel about the proposed changes to Medicare, now is the time to voice your opinion.  In addition, AARP will be lobbying Congress and they need to be able to show that they have the support of the public behind them.  Below is a list of ways you can make your voice heard and help keep our current Medicare system viable:

You can email the U.S. president after the election at:  president@whitehouse.gov

Prior to his inauguration, you can contact Donald Trump at: https://www.donaldjtrump.com/contact

Join AARP and support their lobbying efforts at:  aarp.org


You may also be interested in learning more about the proposed changes to Social Security and voicing your opinion on those issues, as well.  You can learn more about those proposals at:

If you are interested in learning more about Social Security, Medicare, financial planning, where to retire, common medical problems and changing family relationships after retirement, use the tabs or pull-down menu at the top of the page to find links to hundreds of additional articles.

Posted by Deborah-Diane at 9:47 PM

Email ThisBlogThis!Share to TwitterShare to FacebookShare to Pinterest
Labels: how to fix medicare, how to protect Medicare, how to save Medicare, Medicare voucher plan, proposed changes to Medicare

Save Smarter with Gainbridge Life