Early Diagnosis of Dementia is Possible 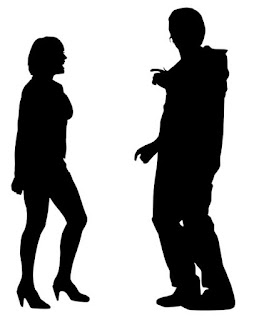 Many people mistakenly believe that every time they misplace their car keys or forget an appointment, it is an early sign of dementia ... including Alzheimer's Disease.  The truth is that everyone sometimes forgets something.  However, that does not mean that early diagnosis of dementia is not possible.  Researchers have discovered that changes in behavior or personality could be a better way to predict dementia than occasional forgetfulness.

Dr. Zahinoor Ismail of the University of Calgary and his team of researchers have compiled a checklist of symptoms which could be a red flag for doctors and families who are watching for signs of mental decline.  In putting together the checklist, they discovered that the brain changes that eventually lead to dementia can affect other parts of the brain years earlier.  In fact, people can develop signs of behavior impairment as much as a decade or two before they begin to show memory loss.

Among the behavior changes which could be symptoms of future dementia are:

Has the patient lost interest in their favorite activities?
Are they getting unusually anxious, aggressive or suspicious?
Are they making crude or inappropriate comments in public?
Have they developed signs of depression?
Are they experiencing "sundowning" ... agitation or memory problems which are worse late in the day?
Have they become apathetic?
Do they get anxious about activities which have always been routine?
Are they losing their impulse control?
Have they started flaunting social norms?
Are they losing their appetite or showing less interest in food?

Dr Ismail emphasizes that these changes should be new problems that last more than six months.  In addition, they should not be problems that can be explained in other ways, such as by a clear mental health diagnosis or the recent death of a loved one. These need to be new behaviors.

Early Treatment Can Delay Alzheimer's Disease and Other Types of Dementia

If you notice that you or someone you love has developed recent personality or behavioral changes, it could be worth it to discuss the problem with your family doctor.  There are treatments which have been successful in slowing the progression of dementia.  It is also possible that early treatment could be even more successful if it is started as soon as mild behavioral impairment is noticed.

Medications are available to help people control their depression, anxiety and irritability, which could make life easier for both the patients and their family members.

Other Ways to Slow Down Dementia

Many researchers believe working crossword puzzles and playing a variety of brain games could slow down the development of dementia.  While these games may help, it is possible that social activities could be even more important.  Researchers from the University of Wisconsin reported their findings that "complex jobs that require working with people may help the brain build resilience against dementia, what's called 'cognitive reserve.'"

In addition to being engaged in complex activities with other people, researchers from the University of South Florida discovered that reaction-time training could significantly decrease your risk of being diagnosed with dementia.  In the study, led by Dr. Jerri Edwards, 14 percent of people in a control group that received no intervention were diagnosed with dementia a decade later.  Those who had received just ten hours of reaction-time training over a five-week period lowered their risk of a dementia diagnosis to 12 percent; those who continued to get extra booster training lowered their rate of diagnosis to 8 percent.  The booster training consisted of four extra sessions one year after the original training and four more two years later.  The scientists measured the cognitive and functional changes at the beginning of the study, as well as at the one, two, three, five and ten year marks.  They found the group that did the speed training had 33 percent less risk of dementia when compared to the control group.  Even better, those that did at least 11 speed-training sessions were at 48 percent less risk for developing dementia over the ten years of the study.  The speed training consisted of a computer program in which the participants were asked to identify objects on a screen quickly.  The program got harder with each correct answer.

Other researchers have discovered that getting exercise, learning new skills, being involved in a religious organization, eating the Mediterranean diet, and socializing are all good ways to reduce dementia risk.


If you are interested in learning more about lowering your risk of dementia or developing other health problems, finding good places to retire, financial planning, Social Security, Medicare and more, use the tabs or pull down menu at the top of the page to find links to hundreds of additional articles.