How to Build an Annuity Ladder 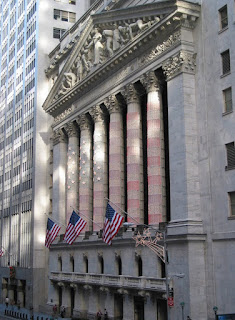 Did you know that 10,000 Baby Boomers are turning 65 every day? This statistic was published in the Sept. 11, 2011 edition of the Sunday Wall Street Journal and, by some estimates since then, the number has increased slightly in the years since then. They also had some interesting information in the same article about the fact that many Baby Boomers are going to be short of money after they quit working. I have read an increasing amount of information since that time about how much financial strain the Baby Boomer generation could experience as they age.

One decision most Boomers are going to have to make in the coming years is how to supplement their Social Security. Between now and the day they retire, Baby Boomers need to plan to pay down their bills, while building up their investments and retirement savings. After maxing out the contributions to an IRA or 401(k), how should Boomers use the proceeds to enhance their future retirement income?  One way to do this is to build an annuity ladder.

Interest rates are currently very low and so are dividend yields. This has been going on for several years and is only expected to change slowly over the next few years, although the Fed has been raising interest rates lately.  Most retirees should not plan to put their money in CD's and live off the interest. Nor should they plan to buy Blue Chip stocks and live off the dividends, at least not now. Most Boomers will not be able to do these things unless yields increase significantly in the next 3 to 5 years. The Wall Street Journal reported that some people are investing in bonds from other countries, like Brazil and France, since their yields are higher than they are currently in the United States.

Make an Annuity Ladder Part of Your Financial Plan

According to the Wall Street Journal article, another way that Baby Boomers are hoping to increase their retirement income is to build an annuity ladder. When doing this, retirees buy a new annuity every 5 years. The hope is that the yields will rise each time they purchase a new annuity.

Here is an example of how that would work.  Let's say you need an extra $400 to $500 a month in retirement income, above what you expect to receive from Social Security and any pensions you might have.  If you have saved $100,000, you could put the entire amount into a lifetime annuity and receive that much in return.  However, you will have tied up all your savings in one annuity, at a time when interest rates and annuity returns are at all-time lows.

At the end of the five years, you still have a sizable amount of money you can invest.  You can do one of two things with it:

First, you could buy another five year annuity and repeat the process.  By this time, if interest rates have risen, your return would be higher than $420 a month.  This is an annuity ladder.

Another choice is available if interest rates have risen significantly in five years and you can get a 6% return.  In this case, you can find a long-term investment for your remaining $85,000 or put in in a CD at 6%.  Your return would be $425 a month, and you would still have full ownership of your $85,000.

Disadvantage of an Annuity Ladder

While annuity ladders can be one part of your retirement plan, they may not be the best choice for most people.  For example, consider the $420 a month return on the $25,000 described above.  You could just put the $25,000 in a bank account and withdraw $420 a month from it and it would last more than five years, even if you were only receiving 1% interest.  Consequently, there is actually no advantage to purchasing an annuity.  You could simply create your own.

Do the math before buying an annuity.  If you truly believe that your return from an annuity will be better than anything you could possibly earn from other investments, then you may want to make an annuity ladder part of your retirement plans.  If not, you may want to investigate other options.

As always, I highly recommend that you consult a retirement planner, your CPA and other advisers before committing a large amount of your assets to any investment plan.

If you are looking for additional retirement information, use the tabs or pull down menu at the top of the page to find links to hundreds of additional articles on financial planning, medical issues, changing family relationships, Social Security, Medicare where to retire, and more.