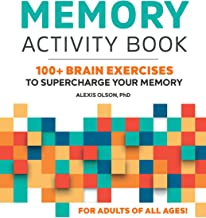 The UCI Memory Lab plans to do a follow-up set of memory tests, plus an additional MRI, in three months to see if my memory and my brain have maintained their training. I certainly hope I continue to benefit from this training. I have noticed that it seems slightly easier for me to remember names and events since my seven sessions at the memory lab. Is it real improvement or am I just imagining it?  It is hard to know for sure.
Meanwhile, I may try some memory games to continue exercising my brain, even though I will not have the tDCS machine to use while practicing the memory games.  One highly ranked workbook I found was the "Memory Activity Book:  100+ Brain Exercises to Supercharge Your Memory."  (Ad) It is certainly worth a try while I attempt to retain as much of my enhanced memory as possible.  Anyone could use this book, or a similar one, to train their own memory.  UCI emphasizes that we all must "use it or lose it" when it comes to keeping our brains active.
I was also surprised to learn that it is possible to purchase your own tDCS device and, in fact, you can look here at a: wide variety of tDCS devices in various price ranges (Ad) and see if one of them could help give your own memory a boost.  I do not know if one is any better than the others, so you may want to read the reviews and discuss it with your private physician.
The tDCS device I used at UCI did not have any negative side effects on me. I did not experience pain or any type of sensation, either during or after the procedure. However, your experience could be different.  They did question me frequently about whether it gave me a headache, made my scalp itch, cause any rashes, and things like that.  My conclusion from their questions is that some people do have negative side effects.
Brain Classes and Personal Behavior
In addition to the studies mentioned above, I have continued to take brain classes and attend programs held by various researchers from the University of California at Irvine.   Here are the basics of the personal behaviors you can adopt in order to protect your brain health and retain your memory as long as possible:
Cognitive Engagement or challenging yourself mentally is an important key to brain health.  This means learning new skills, reading books, playing a musical instrument and things like that.
Social Engagement or spending quality time with family and friends, including making new friends, is beneficial to cognition.  The best "brain game" you can play is to be deeply engaged in an interesting conversation with other people. 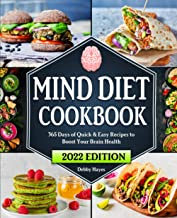 Diet and Nutrition, or specifically adhering to a "heart healthy" diet such as the Mediterranean diet, is linked to overall brain health and longevity.  One of the most highly recommended diets for brain health is called the "Mind Diet" (Ad) and it is worthwhile to pick up a copy of the cookbook so you can follow their diet plan more closely.
Physical Activity, including any type of exercise, can produce "beneficial changes to brain structure and cognitive function.  This means that physical activity can actually change the structure of your brain, and it can be virtually any activity you enjoy ... walking, swimming, dancing, gardening, etc.
Sleep is crucial for brain health.  In fact, every session I had with the tDCS machine started with questions about how I slept the night before.
If you want to age well and maintain a strong working memory and your cognitive ability well into your retirement years, you may want to to take brain classes in your area, participate in any brain training they offer, and adopt the personal behaviors recommended above.  These actions could make a huge difference in the quality of your life in the future.

You can find gifts for yourself, retirees and others at my Etsy Store, DeborahDianGifts:
http://www.etsy.com/shop/DeborahDianGifts
To learn more about common medical problems as we age, Medicare, Social Security, financial planning, where to retire and more, use the tabs or pull down menu at the top of the page to find links to hundreds of additional helpful articles.Disclosure: This blog may contain affiliate links. If you decide to make a purchase from an Amazon ad, I'll make a small commission to support this blog, at no extra cost to you.You are reading form the blog:  http://www.baby-boomer-retirement.comPhoto credit: UCI Memory Lab and Amazon book cover
Posted by Deborah-Diane at 11:00 AM No comments: