Viruses - What You Don't Know Can Hurt You 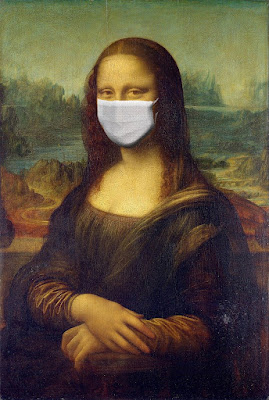 After spending the past two years dealing with a worldwide pandemic, viruses of all kinds are in the forefront of our minds.  What do we really know about them?  What are they?  How do they spread? What are the best ways to protect ourselves?

Recently, I ran across an article on viruses, originally published on THEHEALTHY.com, and thought the readers of Baby-Boomer-Retirement would like to know a few general facts from that article, as well as others I read. I was surprised by what I learned. One of the most serious things I discovered is that viruses can be invisible killers and what we don't know about them can be very dangerous.  Below are a few facts which may interest you.

1.  Viruses are not technically alive, since they do not have cells and cannot survive on their own. Instead, they need to infect a host (like a human) and use that host in order to replicate.  They do this by taking over the host's cells, which can cause those cells to burst and die.  That is why viruses make us sick.  (Pretty disgusting to realize that a virus could be making our own cells burst!)

2.   There are many ways we make ourselves more vulnerable to picking up a virus, including biting our nails, touching contaminated surfaces, smoking or being exposed to secondhand smoke, engaging in sex with an infected person, or doing something as natural and innocent as inhaling the virus from the cough, breath or sneezes of infected people.  That is why we do not want to "share the air" with strangers, if we can avoid it.

3.  There are a wide variety of viruses.  Some diseases you may not have known are caused by viruses include rabies, herpes, warts, influenza, the common cold, chicken pox, measles, mumps, polio, smallpox, rubella, roseola, shingles, severe acute respiratory syndrome (SARS), norovirus, yellow fever, dengue fever, meningitis, encephalitis, hepatitis, Ebola, and Zika. Since 2020, we can  now add Covid-19, including a variety of mutations such as Delta and Omicron, to the list.  There are also a number of lesser known viruses, which can be serious if they infect you.

4. Many viruses remain in our body for decades after we think we have recovered from the illness they caused, and those old viruses can come back and cause new health problems later in life.  For example, polio can re-immerge years or decades later and cripple someone; chicken pox can return as shingles; some research has shown that the common herpes simplex virus may contribute to Alzheimer's disease; Covid-19 can cause later neurological symptoms or other problems, and we have no idea what could happen 20 years after recovering from an infection; and mononucleosis may make you more likely to develop seven serious diseases in later life including lupus, multiple sclerosis, rheumatoid arthritis, inflammatory bowel disease, celiac disease and Type 1 Diabetes.    (From: https://www.cincinnatichildrens.org/news/release/2018/mono-virus)

Sometimes, the secondary infections can be more dangerous than the original infection. One example of that is the childhood illness chicken pox.  Although most children recover from it without a problem, later in life they could develop shingles, and shingles increases your risk of having a heart attack or stroke.

It has also been discovered that people can get repeat cases of Covid-19 (about once every 16 months), and sometimes, the later cases are more serious than the first case. For example, a previous infection with the Delta variant does NOT protect you from getting the Omicron variation, even just a few months later.

Another serious later consequence of a virus is herpes simplex, which causes cold sores, and has also been linked to an increased risk of  developing Alzheimer's disease! The good news is that people who have taken an anti-viral medication to treat their herpes were able to cut this increased dementia risk by 90 percent.  That is something to consider if you think you will just "wait out" that cold sore.

5.  Although there are treatments for viruses, there is no actual cure for the flu and most other viruses.  Antiviral medications like Tamiflu may help you recover faster, but they are not considered a cure.

6.  Prevention is the best way to avoid catching a virus.

Wear a facemask in crowds, not just to prevent Covid-19, but a host of other air-bourn viruses

Get vaccinated against viruses, when a vaccine is available. Vaccines cannot prevent you from being exposed, but they could protect you from becoming seriously ill.

Avoid smoking and secondhand smoke. They make you more vulnerable to air-bourn viruses

Wash your hands with soap and water regularly.  Avoid touching your face, especially your mouth and nose, so you do not infect yourself after touching a surface with a virus on it.

Clean surfaces with soap and water, hydrogen peroxide, or ammonia, not antibacterial wipes, to protect against surface viruses.

7. Lifestyle changes can help build your immune system and make it more difficult for a virus to take hold.  Among the changes which could help prevent some viruses include making sure you get regular sleep, eating a nutritious diet, getting exercise (but don't overdo it), getting enough Vitamin D, drinking green tea, and avoiding animal bites which could cause rabies.  In fact, avoid handling dead animals, including bats, if there is any possibility they died from rabies.  It is possible to become infected from dead animals such as a bat you might find lying around your property.  In 2021, three people in the U.S. died of rabies after handling a dead bat.  None of them thought to mention the incident to their doctors, until it was too late.

8.  You can treat warts with duct tape.  Covering a wart with a small piece of duct tape may be more effective than cryotherapy!  This was certainly an interesting piece of virus information.

The bottom line is that we need to treat viruses with respect.  Although everyone gets infected by a virus from time to time, many people do not realize how dangerous they can be.  Viruses are highly infectious, invisible serial killers!

Enjoyed this post? Never miss out on future posts by following us.  You will receive one weekly email containing the most current post.

If you are interested in learning more about common medical issues, Social Security, Medicare, where to retire, financial planning, travel and more, use the tabs or pull down menu at the top of the page to find links to hundreds of additional helpful articles.

Email ThisBlogThis!Share to TwitterShare to FacebookShare to Pinterest
Labels: can a virus reinfect us, can viruses return, how to avoid viruses, how to protect ourselves from viruses, viruses, what are common viruses