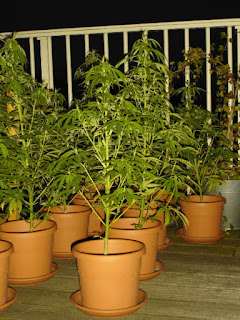 One issue which interests many Baby Boomers is whether or not they should try medical marijuana.  The decision is further complicated by the fact that its general use is illegal under federal law, but legal for either medicinal or recreational use in at least 29 states.  Currently, there is a great deal of confusion and uncertainty about the use of medical marijuana.  What do you need to know?

Despite the federal ban on most uses of medical marijuana, the FDA has approved two medications which contain cannabinoid chemicals from marijuana in pill form.  These drugs are droabinol and nabilone.  They contain THC and treat the nausea often associated with chemotherapy.  They can also be used to increase the appetite of patients who have lost extreme amounts of weight due to AIDS.

Researchers are also studying the benefit of both of the two main cannabinoids, THC and CBD, to see if they can help the following conditions:

Although researchers are still investigating whether or not medical marijuana will be beneficial for all the illnesses on the above list, many patients have personal stories about how medical marijuana has worked for them.  In states which allow it, some physicians have even built a practice around helping patients choose the best product for them to try.

Among my own friends, one 75 year-old woman I know had a cap replaced on a tooth.  The next day, she woke up with excruciating pain in her jaw.  She went to see her general practitioner who said it appeared that the nerves in her jaw had been injured during the dental procedure.  The doctor prescribed a medication for her.  After a week, she realized it was not helping.  She could barely eat or speak.  She returned to the dentist who offered to remove the cap and redo his work.  That terrified my friend who was concerned the dentist would only make things worse.  She then went to a doctor who specialized in prescribing medical marijuana here in California, where it is legal.  That doctor recommended lozenges containing CBD and instructed her to suck on one three times a day, while keeping the lozenge as close to the area around the tooth as possible. Two days later, the pain was gone and has not returned.

An 80 year-old man I know has multiple myeloma, a very painful type of cancer.   He had reached the point where he could not sit up in a chair without having his head hang down near his knees.  One evening we saw him and he was sitting up straight.  I immediately asked what had changed.  He said he was now taking a drop of a liquid infused with THC under his tongue twice a day, and it had dramatically lessened his pain.  It has not cured his cancer, of course, but it is making his life more bearable.  Because THC is the component which can make you high, he is not allowed to drive.  However, because of his pain and weakness from his cancer, he had not been driving anyway.

There is some evidence that medical marijuana could eventually be used in the treatment of certain cancers.  Some researchers have discovered that extracts from whole-plant marijuana can slow the growth of cancer cells in one type of brain cancer, but so far it has only been tested in rodents.

When THC and CBD extracts are combined with radiation, it has made the radiation more effective at killing cancer in mice.  Obviously, much more research needs to be done, including future clinical trials in humans, to see if the rodent tests will extend to animals.

The FDA requires all medications prove their benefit by submitting to rigorous clinical trials involving hundreds or thousands of human subjects.  While some trials are currently underway, it could be many years before they have met all the requirements to get FDA approval.  During the process, as with most medications, researchers could also discover some risks, dangerous drug interactions, or situations in which marijuana is contraindicated or could do more harm than good.

Another concern is that people who are weak because of their age or illness could be more sensitive to the harmful effects of the medication.  That will need to be determined in the human trials on a large number of people with various medical conditions.

Should You Try Medical Marijuana?

If you wish to give medical marijuana a try, it would be wise to do so under the advice of an experienced physician, as the people mentioned above did.  You want to be sure you are taking the right product for your condition.  Growing your own and assuming it will work for any condition which ails you is not a smart medical decision.

You should also determine whether or not it is legal in your state.  You do not want to get into legal trouble.

In addition, you will need to find out whether the product you are using contains CBD or THC.  If it contains CBD, it will not make you high and you can continue to drive.  If it contains THC, you should not drive or use dangerous machinery, because you could get hurt or injure someone else.

Finally, you will want your doctor to continue to see you and evaluate your condition to decide if the medical marijuana is helping or whether you should try a different prescription medication.

If you are interested in learning more about common medical problems as you age, or other topics of interest to retirees such are financial planning, Social Security, Medicare and where to retire, use the tabs or pull down menu at the top of the page to find links to hundreds of additional articles.


You are reading from the blog:  http://www.baby-boomer-retirement.com