How the U.S. Lifespan Doubled in 150 Years 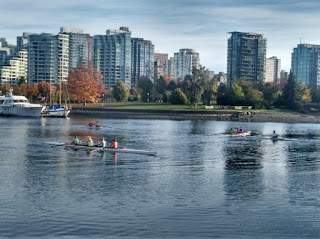 If you had been born in the United States in the late 1800's, just after the Civil War, your life expectancy would have been about 40 years old.  People routinely died of tuberculosis, tonsillitis, fever, smallpox, worms and childbirth ... as well as infections after injuries.

Today, the average U.S. lifespan has doubled to nearly 80.  How did Americans manage to nearly double their life expectancy in 150 years?  What changed during those decades?

Although we take clean water for granted today, it was an enormous project to purify our water nationwide.  For decades into the 1900's, cities often dumped their sewage into the local rivers, lakes and waterways ... and then piped that same water back into the cities to use as drinking water.  They assumed that dilution would adequately purify the water.

When they began to realize that wasn't true, the nation undertook massive construction projects to separate sewage water and drinking water, filter it and chlorinate it.  Historians who have traced the changing life expectancy in the U.S. believe that as much as one-half of the reduction in the death rate is a result of clean water.

Today, millions of people routinely purify their drinking water further, using everything from filters in their refrigerator water dispensary to filters that can be attached to their kitchen tap.

The Discovery of Germs

The use of soap to clean hands made a dramatic difference in the health of people around the world.  It took decades before people began to accept the idea that invisible germs cause diseases.  Once they did, it made a tremendous difference in preventing bacterial infections and reducing the prevalence of a variety of illnesses.

The importance of using soap cannot be overstated.  Even today, children who live in areas where they have little access to soap and clean water often have stunted growth!

In the 1800's, the leading cause of death was tuberculosis.  It spread quickly because most people lived in crowded, dark and poorly ventilated homes.

Once people began to move into less crowded, airier and brighter homes, the disease slowed down.  Direct sunlight kills the bacteria that causes TB.  Having fewer people in a residence also make it easier for people to avoid coming in contact with people who carry the disease.

Advances in home sanitation, accompanied by better medical treatments for contagious diseases, have made a huge difference in the transmission of some of the most feared diseases of the 18th and 19th centuries.

Once scientists began to realize there was a connection between nutrition and certain diseases, companies began to fortify many of our foods.  People were also encouraged to eat a variety of foods that would prevent these common diseases.  More emphasis was placed on eating fruits and vegetables.  As it became easier to transport food around the world, people were less dependent on only eating seasonal produce that was locally grown.

In 1906, the government passed the Pure Food and Drug Act and the Federal Meat Inspection Act.  These laws lead to the creation of the Food and Drug Administration.  Prior to that, contaminated food was one of the most common causes of death in young children.  When they began eating solid food, they simultaneously became exposed to typhoid fever, botulism, salmonella and diseases that could cause diarrhea.  The pasteurization of milk and the inspection of meat also reduced the number of food born illnesses.

While incidences of contaminated food still occur, they are much less frequent than they were prior to the 20th century.

While quarantines are rarely used in the U.S. today, except during the recent Ebola scare, it was a common tool used by city officials in the past.  During the late 1800's and early 1900's, quarantines were the only way to prevent the spread of many deadly diseases and they were widely used.

Inoculations have nearly eliminated many diseases that were known to wipe out hundreds of thousands of people in the past ... or severely cripple them.  Diseases such as smallpox and polio are almost unheard of today.

While there has been some controversy about vaccinations and, occasionally, people have an adverse reaction to them, they have contributed to longer lives.

What Will the Future Bring?

As researchers continue to develop new treatments for cancer and other life-threatening illnesses, life expectancy in the U.S. and other developed countries is expected to continue to increase ... although the increase is likely to be uneven. Unfortunately, people without access to healthcare, clean water and nutritious food, as well as those who continue bad habits such as smoking or alcohol and drug abuse, will not benefit from medical advances as much as others.

No one knows what the maximum possible lifespan could be.  However, there has been a great deal of longevity research in the past few years, including the study of the Blue Zones ... places in the world where people routinely live to be around 100 years old.  If you are interested in learning more about longevity or the Blue Zones, you may be interested in one of the books below:

If you are interested in learning more about health issues that could affect you as you age, the best places to retire, financial planning, family relationships, travel and more, use the tabs or pull down menu at the top of the page to find links to hundreds of additional articles.