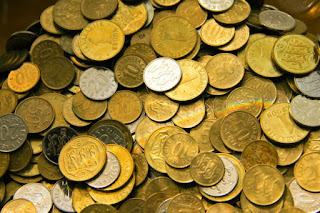 UPDATED Oct. 19, 2016:  In 2017, Social Security recipients will receive a absurdly tiny increase in their benefits, based on government projections released on June 22, 2016.  The 2017 cost-of-living increase is estimated to be only 0.3 percent.  That is going to be just a few coins for most people. It works out to about $3 for every $1000 beneficiaries currently receive in Social Security benefits.  The average recipient will receive approximately $4 extra a month.  Most senior citizens who rely heavily on Social Security to cover their retirement expenses agree that their expenses have increased much more than $4 a month over the past couple of years ... which is how long it has been since they received any raise at all.

2017 Medicare Premiums Could Rise for Millions

Retirees who are not receiving Social Security, because they either have not filed yet or because they participate in an alternative retirement program such as a State Teacher's Retirement plan, could also see their Medicare premiums increase in 2017.  It is estimated that the Medicare Part B in 2017 will be $149, up from 2016's rate of $121.80 and 2015's rate of $104.90.  This will affect about 30 percent of all Medicare recipients.

Current law protects people from getting a Medicare increase that exceeds their Social Security increase unless they are new to Medicare or they pay their Medicare premium by check ... which is the case for millions of people on non-Social Security retirement plans.

This means that in future years, if Social Security premiums increase by more than a couple of dollars, a large increase in Medicare premiums could eat up all or most of the raise.

In addition to the ridiculously low increase in Social Security benefits and rising Medicare rates, Congress has continued to fail to resolve shortfalls in these programs, despite the fact they are absolutely essential to the lives of the vast majority of retirees.

When the trust funds run out, the programs can continue to operate, but at only 75 to 85 percent of their current levels, which could mean cuts in benefits for retirees.

According to the U.S. Treasury Secretary Jack Lew, "reform will be needed and Congress should not wait until the eleventh hour to address the fiscal challenges, given that they represent the cornerstone of economic security for seniors in our country."

Final Numbers Not Yet Confirmed

Learn More About How to Maximize Your Benefits

If you are planning your retirement, you will want to do whatever you can to maximize your benefits.  The Amazon books available for sale below can help you get the most out of your retirement.

If you are interested in learning more about Social Security, Medicare, financial planning, common medical issues, where to retire and more, use the tabs or pull down menu at the top of the page to find links to hundreds of additional helpful articles.