No Social Security COLA in 2016 - Medicare Rates Rise for Millions 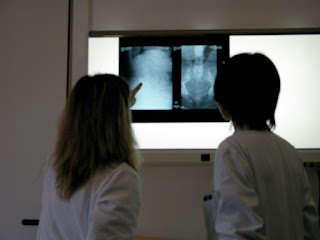 UPDATED with new figures as of 10/30/15:  Millions of Social Security and government pension beneficiaries will be disappointed to learn that there will be no Social Security increase in 2016.  As compensation, approximately 6 out of 7 Medicare beneficiaries will also see no increase in Medicare premiums, either.  However, there are exceptions.  In fact, approximately 14 percent or 1 out of 7 people will have a premium increase.  However, as part of the October, 2015 budget agreement, the size of the premium increase was decreased from 52 percent to approximately 14 percent over what they are currently paying.

Why There Will be No Increase in Social Security Benefits

In the past 40 years, there have only been two other times in which Social Security beneficiaries did not receive a COLA or cost-of-living adjustment.  The years in which this occurred were 2010 and 2011.  Now it has been announced that this will happen once again in 2016.

The COLA is based on the consumer price index rate of inflation.  Primarily because of lower oil prices, inflation was deemed to be too low to trigger a cost-of-living increase.  For millions of retirees who have seen their rent, property taxes, medicine or other expenses rise, this will come as a hard blow.  The majority of retirees are less impacted by changes in the price of gasoline than they are by changes in their medical and other living costs.

The only good news in this situation is that Medicare premiums will not go up for most beneficiaries because of a "hold harmless" clause in the Medicare law.  The hold harmless clause is intended to protect most Medicare beneficiaries during years in which there is no increase in Social Security benefits.  This means that the majority of people will continue to pay the current rate of $104.90 a month during the coming year.

People who will not have a Medicare premium increase must meet these requirements:

*  They are currently paying the standard Part B premium of $104.90 and they have the premiums automatically deducted from their Social Security checks.

*  They qualify as low-income beneficiaries and their Part B premiums are paid by the state in which they live.

While most Medicare beneficiaries will fit into one of the above categories, approximately 1 in 7 will see an increase in their premiums.  This increase will be 14 percents (down from 52 percent) because Congress passed legislation that would reduce the size of the increase.

People who will have a Medicare premium increase fall into these categories:

*  You have an above-average income that requires you to pay more than $104.90 for your Part B premiums.  You will see an additional increase, even if you also receive Social Security benefits and your premiums are deducted from it.

*  You are enrolled in Part B and receive Social Security, but you pay your premiums directly to Medicare, rather than having them automatically deducted.

*  You are paying permanent penalties for Part B, because you were late to sign up for the program.

*  You are not currently enrolled in Part B, but will sign up in 2016.  New members to the program will be paying the higher premiums.

What is Medicare Part B and How Much Will The New Premiums Be?

Medicare Part B is the program that pays for doctor visits and outpatient care.  These are the benefits that are covered by our Medicare premiums.

If you fall into one of the groups that will be paying more, most people can expect to pay $120 a month, plus a $3 surcharge, for a total of $123.  In order to reduce the size of the premium increase (which originally was going to be 52 percent), the Medicare trust fund had to take out a loan from the U.S. Treasury.  The loan will be paid back over a period of five years, using the $3 surcharge. Premiums will continue to go up over the next few years, but at a slower rate.

However, some people will pay far more than that.  Those who already pay the highest premiums because they are in the top income groups could see their premiums rise from the current level of $335.70 a month to approximately $386 a month (an additional 14 percent, plus the $3 surcharge).

Are These Rate Increases Set in Stone?

While the formula for determining who pays the higher rate and how much it will be is set by law, Medicare administrators do have the ability to intervene and "soften the impact" on those who will face the highest rate increases.

Fortunately, Congress did take action this year as part of the 2015 budget compromise and chose to soften the blow.  While millions of people will still be paying higher premiums, they will not be as bad as were originally projected.


If you are retired or facing retirement and you want more information on financial planning, where to retire, healthcare issues, and changing family relationships, use the tabs or pull down menu at the top of the page to find links to hundreds of additional helpful articles.

Photo credit:  morguefile.com
Posted by Deborah-Diane at 11:46 AM