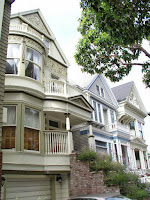 What is a Livable Neighborhood?

Of course, livability means different things to different people.  As a result, AARP looked at sixty different factors including: availability of affordable housing (including apartments and condos), access to work and play, transportation, the environment, engagement, health, opportunity, access to jobs, and amenities.

When they were done with their research, including surveying thousands of people over the age of 50, here was the AARP final list of the ten most livable neighborhoods in the United States.  They have narrowed it down, not just to cities, but specific neighborhoods within the cities:

Other Categories of Livable Places to Retire

Of course, relatively few people live in the communities mentioned above.  In addition, those neighborhoods might not be anywhere near where you currently live or where you would like to live.  As a result, AARP also came up with several other categories of livable places.  These were:

Furthermore, they broke those lists down into three sub-categories ... large, medium and small cities.

How to Evaluate Your Community

1.  Log into aarp.org/livabilityindex
2.  Enter your address or, if your prefer, just your zip code
3.  It will show your livability score in several categories, including housing, access to work and play, transportation, environment, health, engagement, opportunity.

You can click on the various categories to learn more about each one and how your community ranked in a number of areas.

When I did this with my own community of Laguna Woods Village, California, it was above the average in five categories and below average in two.  It ranked particularly high in health, partly because there are few smokers, few obese people and there is plenty of access to exercise and health care.

My community's overall score was about the same as that of Austin, Texas ... another popular retirement city.

At the bottom of the website mentioned above, you can click on Featured Cities and see the scores of most of the major cities in the United States.  By entering a zip code, as described above, you can find out the details of specific neighborhoods in those cities.

Enjoy this fabulous way to research the communities where you might want to retire.  It is a great way to evaluate every place in the United States you think you may want to live and will help you decide which livable communities are right for you!

If you are looking for more retirement information and ideas, use the tabs or pull down menu at the top of this article to find links to hundreds of additional articles about retirement.