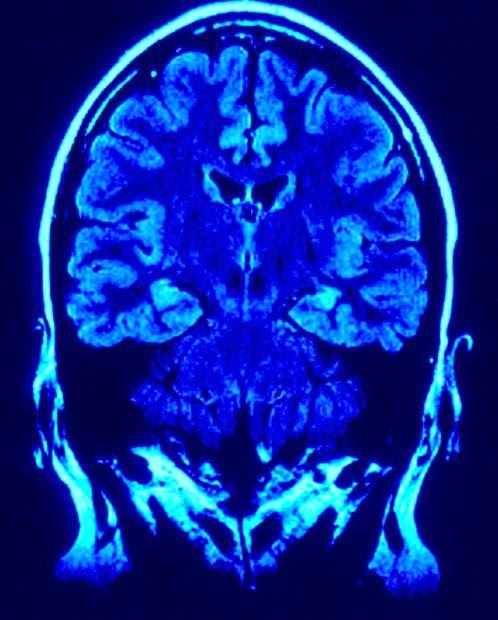 Until recently, brain aneurysms were not something that I ever thought about.  They are not one of the medical conditions that we regularly see featured on the news, and no one I know had ever suffered from one.

Last week, however, one of our daughters collapsed when an aneurysm burst in her brain.  She is 47, in good health, and she has not smoked or used alcohol (two of the risk factors), in over 20 years.  She was fortunate because, when she passed out, a paramedic happened to be nearby.  He got her to the hospital within a few minutes.  Over the next 36 hours, she was transported by helicopter to another hospital and had brain surgery.  She was one of the lucky ones.  Approximately 40% of the people who have a burst brain aneurysm die before they reach the hospital.  Another 20% reach the hospital too late to be treated.

After doing research on this shocking disorder, I learned that they are much more common than I had ever realized, and there is a reasonable possibility that they could affect you or someone in your family.

According to the Brain Aneurysm Foundation:

About 1 in 50 people have an unruptured brain aneurysm
In the United States, an aneurysm ruptures about every 18 minutes
When an aneurysm ruptures, about 40% of the patients will die immediately
Approximately 2/3 of the survivors suffer some permanent damage
There are usually no warning signs

As a result of these numbers, I felt that this was a topic that Baby Boomers and their families might find life saving.  In fact, many of you may wish to be screened to make sure that you do not have one of these hidden time-bombs inside your head right now.

What is an Aneurysm?

An aneurysm occurs when an artery wall becomes weak and bulges out in the shape of a balloon.  If this bulge begins to leak, the blood can damage and even destroy nearby cells.

There are a number of risk factors that may cause the initial damage to the artery wall or cause an aneurysm to form and/or start leaking:

Once the artery wall has been damaged, it usually will not repair itself.  However, nothing may happen for a long time. An aneurysm can start to form years or even decades after the initial damage to the artery wall.  For example, you may be born with a damaged spot on your artery; or drug use and other behaviors in the early twenties can weaken the artery.  Years later, during a time of stress that causes a spike in blood pressure, an aneurysm can begin to form and start leaking.

Symptoms of a Brain Aneurysm

There is no way to know that you have a brain aneurysm unless it is revealed in a brain scan.  However, once it starts to leak, you may only have minutes before you lose consciousness.  If you are alone, you may not survive unless you get help quickly.  Therefore, it is important to recognize the symptoms, whether you or someone you love is the victim.  The quicker the patient gets treatment, the more likely they are to survive.  Here are the most common symptoms:

What Happens Once You Reach the Hospital

As frightening as all this sounds, once the patient reaches the hospital their outlook increases substantially.  The medical staff will do a CT Scan, an MRI, an arteriogram and/or a spinal tap.  These are used to diagnose the aneurysm and locate the bleeding.

In the past, the primary type of surgery for a brain aneurysm involved opening the skull and clipping the bulge in the artery.  This surgery was very invasive and risky.

In the past seven years, however, surgeons have developed a process called cerebral coiling.  A catheter is threaded from the groin, up through the body and into the brain where a stint is placed inside the damaged artery and a tiny platinum coil is inserted into the aneurysm.  This coil causes a blood clot to form and seals it off, stopping the bleeding.

After surgery, the amount of damage done by the aneurysm can vary widely from person to person.  Nearly every patient will be extremely tired, experience headaches and will be sensitive to bright lights, although these problems will eventually diminish.   Either their long-term or short-term memory could be affected.  They may have trouble with double-vision or their speech, and there could be weakness on one side of their body.

They may need physical therapy and other types of rehabilitation.

While the healing process may seem slow and even discouraging to the patient, it is important to remember that they are the lucky ones ... they survived.

At the time I am writing this, our daughter has spent nearly two weeks in ICU.  She has retained her motor skills and memory.   She still had headaches and is light-sensitive.  She will have a few restrictions for the next few months ... no roller coasters or other intense activities.  She will not be allowed to drive alone for a couple of weeks after she returns home.  However, the good news is that the brain damage she suffered was minimal and she is expected to recover fully.

My hope is that others will recognize the symptoms of an aneurysm as quickly as the paramedic recognized what was happening to our daughter.  Once more people are aware of this danger, outcomes will hopefully improve and lives will be saved.

If you are interested in learning about more medical issues and other retirement concerns that could affect you, use the tabs at the top of this page for links to hundreds of additional articles.