Where to Retire near San Diego, California 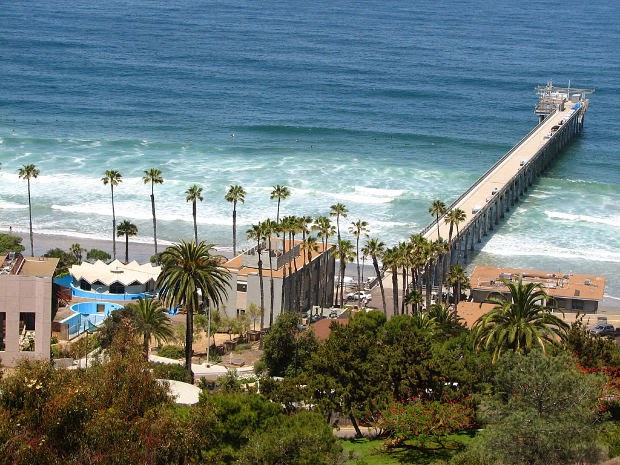 For decades, the area around San Diego has appealed to generations of senior citizens who were looking for a pleasant place to retire with a mild climate and a wide variety of activities.  Thousands of men who were stationed in San Diego during their years in the Navy or Marine Corps chose San Diego as the one place where they wanted to live when they retired from the military.  Many other people fell in love with the city during a vacation stay.  Today, the city of San Diego and its nearby suburban communities continue to attract retirees from around the United States.  Here are some of the things you should know if you are considering moving to this part of the country.

Advantages of a San Diego Retirement

Many people believe that San Diego has the best climate in the continental United States.  It almost never freezes or snows and gets only about 12 inches of rain a year.  While you will still need to occasionally use your furnace at night in the winter, and you will want to have air-conditioning in the summer unless you live very near the ocean, you are still likely to find that your utility bills will be moderate to low compared with the bills in many other parts of the nation.  The typical temperatures in January range from a nighttime low of 47 to a daytime high of 65; in July, the average temperature range is a low of 63 and a high of 75.  Of course, when I lived in San Diego, I can remember a few occasions when the low winter temperatures in the inland areas dropped into the low 30's, and a number of occasions when the high summer temperatures would reach into the low 90's.

The mild weather is especially appealing to people who enjoy outdoor sports.  Whether you look forward to hiking, fishing, bicycling, swimming, golfing, tennis or participating in similar activities, you will find plenty of opportunities to spend time outdoors in Southern California.  There is no reason to give up winter sports, either.  During the colder months, you are only about a two hour drive to the ski resorts around Big Bear.  You can literally be walking on the beach in the morning and snow skiing that afternoon.

New residents will also find a large number of other senior citizens who are living in the area.  According to some estimates, there are over 100,000 members of senior citizen's organizations in San Diego.  In addition, the city is surrounded by a number of suburbs that are very popular with retirees, including El Cajon, Alpine, Lakeside, Oceanside, Murrieta and Temecula.

There are also a wide variety of ways to stay busy in the San Diego area, including a large selection of churches, museums, amusement parks that you and your grandchildren will enjoy, a world-class zoo, senior centers, sports teams, colleges, and all the restaurants, shops, malls, theaters and other amenities you would expect to find in a large city.  In addition, there are miles of public beaches that are, in most cases, easy to access.

Another advantage for retirees is that there is no California state income tax on Social Security and there are no sales taxes on food and drugs.  Property taxes range from 1% to 1.75% of the full value of the property.


Disadvantages of a San Diego Retirement

While San Diego may seem like an idyllic place to retire, the biggest disadvantage is the cost, especially if you wish to live near the ocean.  Home prices are estimated to be at least 40% above the national average, which makes it hard for retirees who wish to re-locate there from other parts of the country, especially if they expect to live in a home similar to what they owned in the Midwest.

Many people solve this problem in several ways.  They may decide to rent an apartment or home near the beach; they could decide to downsize to a much smaller home than the type they have previously owned; or, they might move to one of the inland suburban communities.  If they choose to live inland, there are a number of small towns and lovely retirement communities that are quite appealing.  However, if you live inland you will have to expect greater extremes in the weather ... slightly colder winters and hotter summers.  Many retirees feel that the trade-off is worth it, especially since they will still be living within an hour's drive of downtown San Diego and miles of gorgeous beaches.

There are dozens of appealing retirement communities in the San Diego area, including elegant single-family homes, oceanside condominiums, and inland planned communities.  Here are a few neighborhoods that are particularly popular.  You will find dozens more by checking out the links in the resource section of this article.

There are also dozens of assisted living communities and several appealing mobile home parks.  In addition there are a number of combination communities that offer both independent living apartments as well as assisted living and skilled nursing, all in the same community.  These are often referred to as Continuing Care Retirement Communities.  These facilities are perfect for couples in which one person is healthy and the other needs assistance.  With so many choices, there is sure to be an appropriate place to live, regardless of your health or financial situation.

In most cases, you will want to meet with a San Diego County Realtor to discuss your price range, whether or not you wish to live in an age restricted over-55 community or one that is open to all age groups, and the amenities that are important to you.  There are numerous communities that may work for you, so you do not want to zero in on one too soon until you have explored all your options.

You can also get more information about the places mentioned above, as well as dozens of other locations, by checking out the websites below.

Finally, you may be interested in purchasing the helpful Amazon book, "Where to Retire," which will help you find general information about popular retirement destinations around the United States.

Sources (use the links below to find more information about the communities mentioned above, as well as dozens more):


Amazon book: "Where to Retire - America's Best and Most Affordable Places"

If you wish to get more information on places to retire in the United States and Overseas, or you are interested in information on financial planning, health concerns or family relationships as you age, use the tabs at the top of this page.