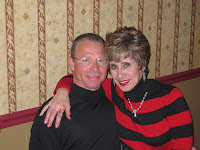 What does it mean to be a Baby Boomer?  As we have all been told repeatedly over the years, we are the generation that was born after the end of World War II, in the years between 1946 and 1964.  Once the war was over, the soldiers returned home, got married and started families.  These young soldiers and their wives, who still remembered the Great Depression that preceded the war, were proud to buy their first homes in the suburbs where they hoped to provide a better life for their children than the one they had known before the war.  These children became known as Baby Boomers.

The very existence of the Baby Boomer generation has had a tremendous impact on American society, beginning with the need to construct new schools when we were children and, later, started families of our own.  Now that we are reaching age 65 at the rate of 10,000 a DAY, we will also be having a tremendous effect on both America's medical system and retirement system.

Although it is easy to make generalities about any group of people, the truth is that you cannot lump us all together.  We are a complicated bunch of people who embrace every political, economic, religious and philosophical aspect of American life.  When I do research for this blog, I am constantly running across interesting facts about our generation and thought I would share some of the more fascinating statistics with my readers.  If you want more details, I have also included my sources at the bottom of this blog post.

Every 10 seconds one of us turns 65 (this amounts to between 3 and 4 million Boomers a year).  This means that we are the force behind the rapid expansion in the number of over-55 communities, senior apartments and skilled nursing facilities.

Not only are we currently reaching the age of 65 at the rate of about 10,000 a day, but we will continue reaching retirement age at this rate for the next 20 years!  This will result in more than double the number of senior citizens in our country by 2050.

Nearly half of all American workers (which includes our adult children) have less than $10,000 in retirement savings.   However, even when you only consider older workers, one-fourth of workers in the 46 to 64 year old age group have NO retirement savings or personal savings.

Seventy percent of American workers plan to work after retirement, and forty percent of Baby Boomers say they expect to work "until they drop."  (Check the medical statistics below, however; many of us will not be able to keep working for the rest of our lives, even if we want to.)

In 1945, there were 42 workers for every person on Social Security.  Today there are only about 2.5 workers per Social Security beneficiary, and this number is expected to drop even more in coming years.

Without savings, the financial situation for many Baby Boomer retirees will be difficult.  The average retiree only received about $1,230 a month in Social Security benefits in 2012.

By the time we reach 65, about two out of three of us have at least one chronic disease.

On average, we have seen seven different doctors in order to get our medical conditions treated, and this number is expected to grow to fifteen different doctors as we age.  This can create confusion due to conflicting instructions and lack of communication between the various physicians who treat us.

Boomers buy 61 percent of the over-the-counter medications and 77 percent of all prescription drugs that are sold in the U.S.

Boomers and the Economy

Our generation is the largest buying group in the U.S., and we account for 40 percent of our nation's consumer demand.

We control 70 percent of the total net worth of all households in the U.S.  This amounts to about $7 trillion.

We have about 80 percent of all the money currently deposited in savings and loan associations.

Boomers watch more TV than any other age group.  (Perhaps we should stop criticizing our teenage grandkids for watching too much TV!)

We also read more newspaper than any other age group.  (This did not surprise me, since most of my adult children and grandchildren barely read the newspaper. They tend to get all or most of their news online.)

We use technology in our jobs, we are internet-savvy, and we enjoy shopping online.  (While many of our parents may still resist using some forms of technology, our generation embraces it.)

We are involved in our communities, with about 29.3% of us regularly volunteering.

About 55 percent of boomers plan to move to a new location when they retire.  About half of those will move to an area that is more than a three hour drive from where they live now.  They will be looking for homes that are smaller and require less maintenance.  This has helped to fuel the housing boom in senior communities and housing.

Despite some of the grim financial and medical statistics listed above, about 34 percent of Boomers love being empty nesters and say that their time alone makes them feel closer to their spouses.  This may also be related to the fact that Boomer women can expect to be sexually active until age 66 or older (according to Time Magazine, April 26, 2010).

The bottom line appears to be that, while Boomers can expect to have to deal with serious financial and medical issues in the future, there are still many reasons for them to look forward to enjoying the coming  years.

If you are interested in more information about retirement, check out the index articles listed below.  Each ones contains an introduction and links to more articles on that topic.

You are reading from the blog:  http://baby-boomer-retirement.blogspot.com

Photo of couple is courtesy of www.morguefile.com
Posted by Deborah-Diane at 6:20 PM