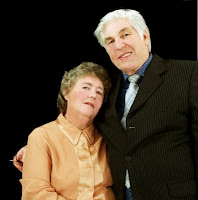 There is a new government agency that has been established to help protect older Americans from financial abuse and scams against the elderly.  It is called the Office for Older Americans - Consumer Financial Protection Bureau. The opening of this new agency is significant because so many senior citizens have been victimized in recent years both by scam artists and members of their own families.  In addition, a number of retirees have been financially destroyed when they became involved in investments that were inappropriate for them.  This agency was created during the recent Great Recession when it became obvious that many older Americans had lost a significant amount of their assets.

In addition to the financial losses that have been caused by risky investments and scams, many senior citizens have been victimized by family members and financial consultants whom they believed to be reliable and responsible. Often large amounts of money have been drained from their accounts before they realized it.

The mandate for this new agency covers a variety of types of financial elder abuse.  In fact, many of us have already benefited from the first actions taken by this agency, including requiring that credit card statements be simplified.  The agency is headed by Skip Humphrey, the son of former Vice President Hubert Humphrey.  In an interview in the March, 2013 AARP Bulletin, Mr. Humphrey said that the agency's goals are to prevent citizens from getting ripped off and to help people make smart financial decisions.

This new agency has already accomplished a great deal.  However, they have many other plans that will help protect both senior citizens and the general public.  Here are some of the changes they hope to implement over the next few years:

They plan to investigate credit reporting bureaus and require that they make it easier to fix mixtakes on credit reports.

They are in the process of writing easy-to-read guides to help people choose financial advisors.

They plan to require operators of nursing homes and similar facilities to resolve problems with unpaid bills quickly so they can help officials discover if the person has been scammed or is no longer able to handle their finances because of dementia.

They are writing a guide called "Money Smart for Older Adults" to help people learn how to avoid getting scammed.

Senior citizens will also be encouraged to report scams that occur.  Many older Americans are hesitant to report these events because they are embarrassed or afraid that their families will take away their independence.

The agency also plans to tackle the issue of risky reverse mortgages, which have left many senior citizens homeless.  This is an issue that has also been discussed before in this blog, so I was especially pleased that some changes may be made to that program.

How to File a Complaint with the Agency

If you feel that you have been scammed or treated unfairly in any financial situation, you can file a complaint with the Consumer Financial Protection Bureau.  In fact, you are encouraged to do so because you may help prevent the same thing from happening to others.  The agency has set up a website where you can register your complaints and then follow up by tracking their progress.  However, for people who are less comfortable with computers, the agency offers a variety of ways you can file a complaint.  Here is the agency's contact information:

The more information you give the Consumer Financial Protection Bureau, the better they will be able to do their job.  This is especially important because studies indicate that currently only about 4% of victims ever report that they were scammed.  Increased reporting will also improve the effectiveness of this new agency.

If you are interested in learning more about ways to have a well-planned retirement, you may want to click on the index articles shown below.  Each one contains an introduction plus links to a variety of articles on that topic:

Posted by Deborah-Diane at 4:37 PM