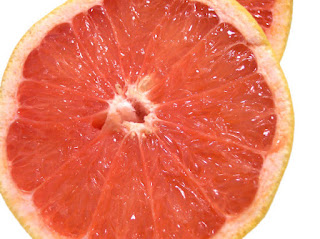 Grapefruit, grapefruit juice and some other citrus fruits do not mix well with more than eighty-five oral medications.  In fact, the consequences of combining either fresh grapefruits or grapefruit juice with a medication can be so serious that it is probably wise to avoid consuming anything containing grapefruit and certain other foods if you take any medication, whether that medication is on the list or not.

This may seem like a drastic measure.  However, researchers are finding more and more dangerous drug and food interactions every day.

Among the drugs which are known to have dangerous interactions with grapefruit are many that are taken daily by Baby Boomers, including statins for lowering cholesterol, certain heart drugs, cancer medications, anti-depressants, antibiotics and pain medications.

Why Grapefruit is Dangerous

Researchers at Western University have discovered that the result of combining many drugs with grapefruit can be "extraordinarily serious."   In fact, David Bailey, the head researcher for the group that completed the study, reported that the interactions can result in kidney failure, gastrointestinal bleeding, respiratory failure and sudden death.

The reason grapefruit is so dangerous is because it interferes with enzymes in your body that break down drugs.  This causes the drugs to remain in your body and build up until they become toxic.  According to an ABC news report on the topic, you should not take one of the listed drugs within 24 hours of consuming grapefruit in any form.  For people on a number of daily medications, this means they should never eat grapefruit or drink its juice.

Drugs that Interact with Grapefruit

According to a report on Yahoo, the specific drugs that should not be taken after consuming grapefruit are: statins like Zocor (simvastatin) and Lipitor, calcium channel blockers like Procardia, Nimotop and Sular, depression drugs like Zoloft, anxiety drugs like BuSpar, the painkiller oxycodone, seizure medications such as Tegretol and Carbatro, heart arrhythmia drugs like Cordarone and Mujltaq (dronedarone), insomnia drugs such as Halcion and the malaria drug, quinine.

If you are taking one of these medications, you may want to check with your doctor or pharmacist in order to better understand the potential consequences of combining grapefruit with the specific drug you are taking.

Since I take simvastatin, I was alarmed to discover that combining it with grapefruit could lead to kidney damage or kidney failure.  Although I do not eat grapefruit often, I do enjoy other risky citrus fruit, including limes and Seville oranges in marmalade.  Like many other Baby Boomers, I will need to be more careful about thoroughly reading the packaging material that comes with my medications.

Other Foods That Interact with Medication

While we are discussing grapefruit, this is a good opportunity to mention other foods that could react with your medications.  In addition, don't forget to carefully read the insert that comes with any medication you take to see if there are other drug or food interactions that are not listed below.  New problems are discovered frequently.

Below are common foods to avoid eating while taking certain medications:

Large quantities of leafy green vegetables  (Coumadin - get specific information from your doctor.)

Milk or Calcium supplements (antibiotics including Cipro, Levaquin and Avelox; my Synthroid package insert also mentions not consuming calcium within four hours of taking that medication.)

Pickles, Aged or Cured Foods such as lunch meats (avoid consuming while using MAO inhibitors for depression and antibiotics like Xyvox and isoniazid.)

The dangers of combining chocolate and Ritalin concern me because I know many Baby Boomers have grandkids on ADHD medications like Ritalin, and these kids often love to eat chocolate.  Apparently, the caffeine in chocolate (and other caffeine containing foods and beverages) are dangerous when consumed in excess with the stimulants in ADHD medications.

If you are concerned about drug interactions with foods as well as other drugs, do your reseach by reading the insert that comes with your medications and using the online interaction checker at:  http://www.Drugs.com.

For more helpful information on common health issues, where to retire, financial planning or changing family relationships, use the tabs or pull-down menu at the top of this page.  They provide links to hundreds of additional articles that could interest you.

Photo of grapefruit courtesy of www.morguefile.com
Posted by Deborah-Diane at 5:52 PM