The Risks of Living Abroad 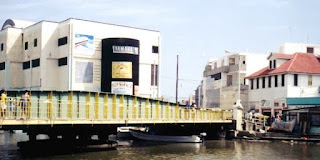 Over the years, this blog has included a number of articles that suggest beautiful and exotic places to consider if you are interested in living overseas.  Many of these areas, such as Costa Rica, Belize, Ecuador and Panama, have well-established communities full of American ex-patriots and there are agencies which are able to provide you with tours of the countries and help you find your dream home.  It all sounds idyllic and the perfect way to spend your golden years.  However, I would be doing my readers a serious disservice if I left everyone with the impression that life is always perfect in these developing countries.  Here are just a few incidents that I have heard about from people who thought they were going to improve their lives by moving overseas.

Costa Rica and the Pacific Ring of Fire

As a resident of Southern California, I shouldn't express concern about earthquakes.  We have experienced several of them, and there has been no significant damage in our area as a result.  However, we have a young family friend who teaches school in Costa Rica and  they have had a 7.6 earthquake there.  Neither she nor her students were injured in the earthquake, but she reported that she had a difficult time getting home because of the damaged roads, mudslides, and similar hazards.  Fortunately, once she did arrive home, she was able to use a computer and let all of her family and friends in the U.S. know that she was safe.

The Pacific Ring of Fire is the term used to describe the coastal areas that surround the Pacific Ocean where a large number of earthquakes and volcanic eruptions occur.  This Ring of Fire includes many of the places that are frequently under consideration by people who are moving abroad.  Among the countries included in the Ring of Fire are Mexico, Chile, Bolivia, Costa Rica, Ecuador, the Philippines, Panama and all of Central America and Southeast Asia, including Thailand.  The earthquakes that occur in these areas can be very severe and do significant damage to the local infrastructure.

Many Americans travel to other countries in order to obtain inexpensive medical treatments.  This is called medical tourism and often involves elective or cosmetic surgeries that are very expensive in the United States.  It is not unusual for many less developed countries to have fabulous hospitals that cater to medical tourism.

However, last spring a retired couple we know were exploring the idea of living abroad in Ecuador.  They had researched it thoroughly, made arrangements to rent a house for a couple of months, and signed up to start their Ecuador experience with a tour of the country.  Halfway through the tour, the wife collapsed when an aneurysm in her brain burst.  The tour company took her to a high quality hospital where they were able to stop the bleeding in her brain and repair the aneurysm.  The medical facility did an excellent job on the repair, as attested by her American doctors.  However, she was very lucky.  It took the tour company eleven hours to get her to the appropriate hospital.  This couple is back in the United States and they have dropped the idea of moving overseas to Ecuador or any other foreign country.

When our young friend who is teaching in Costa Rica became sick with an identified infection about a year ago, she was sent by the school where she worked back to the United States in order to receive better treatment.  Although the American doctors were unable to determine the cause of the infection, she is now healthy and has returned to Costa Rica.  However, it is interesting that she needed to return to the US in order to get the medical treatment that she needed.

A California Family's Experience after Moving to Belize

Readers may also want to read the new book, "Freeways to Flip Flops," (available from Amazon using this link).  It is about a Southern California family's experience when they moved to Belize.  They sold their home in Lake Forest, California and moved their entire family there, including their teenage sons.  In a little over a year, they moved back to California.  They spent their time in Belize dealing with scorpions, rats, smelly drinking water, heat and humidity.  They were dissatisfied with the educational opportunities for their children.  The husband attempted to work from Belize; however, the computer system was so unreliable that he lost his job.  There were many other problems that they experienced, as well, so it might be worthwhile to read this book before you decide to make such a dramatic move.

Do not expect to find life in a foreign country to be like your life in the United States.  There will be inconveniences.  Our young friend in Costa Rica eventually moved to a gated community there, after her home in the local town was robbed.  Her home in the gated community was considerably more expensive ... similar in price to homes in the United States.  She also has bars on the windows and still has to deal with plumbing problems, huge spiders, etc.  She loves living there and has no plans to move back to the U.S.  However, living overseas does require some flexibility.

The Bottom Line on Moving Abroad

If you are the adventurous type, you may discover that living in another country is not a problem for you.  Like our young teacher friend, even if you run into difficulties you may fall in love with your new country and decide to stay, no matter what inconveniences you experience.  In fact, this young woman has now married a Costa Rican businessman, and they now have a one-year old daughter.  This has made her even more cautious about her home's security.

When I wrote posts that recommend different countries where you may want to live, I do not want to create the impression that everything will always go well.  There will be challenges and inconveniences that may grow tiring after a while, especially as you get older.  The important thing is to be realistic and aware of some of the problems you may experience before you make such a life altering decision.


Looking for more ideas about where to retire?  Use the tabs or list at the top of this article.  They will connect you with hundreds of additional articles on where to retire, financial planning, medical issues, changing family relationships and other related information.


You may specifically want to read:

Best Places to Retire Outside the US
American Retiring in Panama
Live in Ecuador Comfortably on Social Security
Retiring in Luxury to Hua Hin, Thailand
Why Retire in Puerto Rico, the US Virgin Islands or Guam