Great Places to Retire in the Northern US 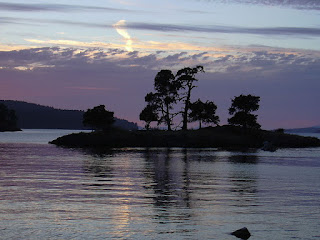 About a decade ago, a couple we knew decided to leave the popular Sun Belt city of , in order to retire to the San Juan Islands in ’s .  They bought a sailboat and lived on it for the next decade.  As they aged, they eventually built a home in the tiny town of , where they still live today.

While we did not realize it at the time, this couple was part of a growing movement of people who are choosing to forego popular retirement areas such as Florida and Arizona and move to quiet small communities in the northern United States.  Many of them are attracted to the cooler weather, changing seasons, relaxed atmosphere and natural beauty that they are finding in these areas.

Unique Places to Retire in the US

According to a September 16, 2012 article on Yahoo!News entitled “Retirees Head to Unconventional Destinations,” some retirees are choosing to move to these cooler locations:

D’Alene,
Northern Michigan, along lakes and

You’ll notice that all of these locations are either in the northern part of the or, like Ruidoso, are in a mountainous area with a cool climate and a northern state feeling.  Most of these areas are peppered with charming small towns containing a selection of affordable homes.  For people who want to avoid large retirement communities in hot or tropical climates, such as and , these locations can seem like Heaven.

Among some of the Baby Boomers I know personally, moving to the does appear to be a growing trend.  One of the teachers I worked with in Southern California surprised us all by retiring to a small town in about four years ago.  Another couple we know recently moved away from Northern California and purchased a home that is just a mile from the coast of Lake Superior.  In the winter months, when the weather can be severe, they plan to rent a house in and avoid the worst months of ice and snow.

When our children were growing up, we often took them on vacation during the summer to beautiful vacation areas near , and .  Although we never thought about retiring in either location ourselves, we have known other people who chose to relocate to both cities.

Why People Retire in the Northern States

There are many reasons why people are relocating to these cooler locations.  Some people simply do not enjoy the heat that predominates in the southern states of Florida, , , and the Southern California desert cities of and .  In other cases, retirees prefer the lush green hardwood trees and heavy forests of the mountains and northern climates rather than the tropical foliage that is more common in the Sun Belt.  They enjoy having four seasons.  A third reason why people choose to live in these locations is to be nearer adult children who are living in these regions because of their jobs.  As we age, many of us prefer not to be too far away from our adult children and grandchildren.

Most of the communities on this list are small and charming, with a low cost of living, good hospitals, recreational activities, cultural opportunities, nice restaurants and even the possibility of finding a part-time job in a restaurant, museum or similar facility.  For those who enjoy spending time outdoors hiking, skiing, biking, boating or enjoying similar sports, these towns are especially appealing.

Want more retirement ideas?  Use the tabs or pull down menu at the top of the page to find links to hundreds of additional helpful articles on where to retire in the United States or overseas, medical issues you may develop, financial planning, changing family relationships, travel and more.

If you are looking for a place to retire, you may also enjoy reading:

Photo is courtesy of http://www.en.wikipedia.com/commons
Posted by Deborah-Diane at 8:05 PM