Crimes Against the Elderly 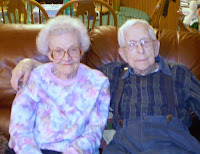 Many Baby Boomers are moving into retirement communities while they still have living parents who also live in a retirement community or an assisted living facility.  Unfortunately, with so many people over the age of 55 living in these neighborhoods, they have begun to attract the attention of criminals who are looking for easy victims.  As a result, Baby Boomers not only have to worry about keeping themselves safe from these predators, but many of us also have to worry about our parents, who can often be more trusting and less suspicious than their Baby Boomer children.

According to the Project America website, for every 1000 people age 65 and over, here are the annual crime statistics:

Overall, about 2.5 out of every 1000 people age 65 and over will be the victim of a crime every year.  Obviously, the longer you live, the greater your chances of being victimized.

Financial Crimes Against the Elderly

According to the same Project America article, the Department of Justice is especially concerned about financial crimes against the elderly.  In 1998, about one-third of the elder abuse cases that were discovered included financial exploitation, and the statistics have remained similar since that time.  This can include relatives that steal money from senior citizens, financial advisers who are dishonest, and strangers who trick retirees into paying bills they do not owe or donate to charities that do not exist.

Telemarketing Fraud Against the Elderly

In addition, the elderly have reported about $40 billion in losses as a result of telemarketing fraud, and this problem is growing yearly.

On my Lies and Liers blog, I wrote a post about a phone call I received.  The post is titled "Lies and Liars: Computer Virus Scams," and the incident so infuriated my husband that he reported it to the Federal Internet Crime Complaint Center at http://complaint.ic3.gov/.  This government agency shares this information with other law enforcement agencies, both local and national.  I highly recommend that anyone who experiences a similar phone call report it to the Federal Internet Crime Complaint Center.  While you are unlikely to get reimbursed for any losses, this site is the first step in trying to end these types of crimes.

These phone calls take many forms.  In the case I wrote about, a stranger called and tried to trick me into letting him take control of my computer so he could show me that I had a "computer virus" on it.  When people have fallen for this scam in the past, the caller has loaded a virus onto their computer and then sold the victims anti-virus software.

Other Hoaxes Directed at Senior Citizens

One of the disadvantages of living in a retirement community is that we receive so many fraudulent calls.  The issue has become serious enough that we have begun screening most of the phone calls we receive at our home.  If we do not recognize a name or phone number for an incoming call, we let our answering machine pick up the call.  Then we decide if we want to return it.

Many seniors continue to be tricked into giving strangers their Social Security number and other identifying information because they are being told it is necessary in order to receive government assistance to pay a portion of their utility bills or other obligations.  This is another complete fraud, often targeting the elderly.

Crimes that Pull At Your Heart Strings

Some of the worst crimes are those that rely on your charitable nature or desire to help others.  One of the most horrifying one is "The Crying Teenager Hoax."  In this hoax, a crying teen calls, pretending to be your grandchild or other relative.  They ask you to wire them money in another state because they have been in a car accident or arrested.  Thousands of seniors have sent wire transfers to strangers, believing they were helping a young relative.  Sometimes it is days before they realize they have been cheated.

Other Types of Crimes Against the Elderly

It is a shame that we need to remain constantly vigilant.  However, as a resident of an over-55 community, I realize that I have received more fraudulent phone calls since I moved here than at any other place I have ever lived.  In addition, a member of our Homeowner's Association Board of Directors told me this morning that many of the elderly in our community have been robbed by their home healthcare workers and other people who are supposed to be "helping" them.  This is especially shocking, because we live in a community that is considered one of the safest in California!

No matter how old we live to be, or how safe we deem our community, we are never too old to be the victim of a crime.  We can never let our guard down ... for ourselves, our parents, our friends or our neighbors.

If you are interested in learning more about retirement planning, financial issues, where to retire, medical concerns and changing family relationships, use the tabs or pull-down menu at the top of the page to find links to hundreds of additional helpful articles.

Photo courtesy of morguefile.com/
Posted by Deborah-Diane at 1:08 PM