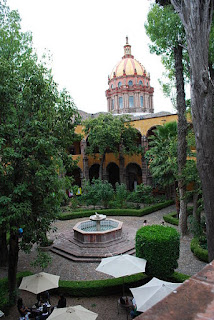 Best Places to Retire Overseas from Live and Invest Overseas

Live and Invest Overseas has a Retire Overseas Index which they use to evaluate a variety of factors that go into helping people decide where they should move if they want to retire to another country, rather than stay in the United States.  Currently, over 600,000 Americans receive their Social Security checks in other countries and countless others have their checks deposited into American bank accounts, while they spend at least a portion of their year in a foreign retirement mecca.

U.S. News and World Report, in an article released on September 5, 2014, took the Live and Invest Overseas data and compiled their own list of ten places you should consider, if you want to live all or part of the year in another country when you retire.  They considered data such as affordability and the presence of other American ex-patriots in compiling this list.

Algarve, Portugal - low cost of living, fabulous climate, and the 17th safest place to live in the world.

Cuenca, Ecuador - affordable, high-quality healthcare, and this is a country that uses the U.S. dollar, which means retirees do not have to worry about exchange rate problems.

George Town, Malaysia - This charming small city is a UNESCO World Heritage site.  Many people speak English, which makes it an easy place to live.

Chiang Mai, Thailand - low cost of living, mild climate and an easy place to find work in the local schools, universities and health care facilities, if you hope to earn extra retirement income.

Dumaguete, Philippines - A couple can live in this University town for as little as $1000 a month and enjoy the gorgeous beaches, as well as many western cultural opportunities like ballet or the theater.  English is the primary language.

Pau, France - Known as the garden city for its lush and abundant greenery, a couple could live in this beautiful university town for about $2,000 a month.

Medellin, Columbia - A beautiful South American city with numerous parks and architectural beauty.  Although we have all heard of the dangerous Medellin drug cartel in the past, according to these reports the city is now considered safe for retirees.  It was named the 2013 World's Most Innovative City.

Abruzzo, Italy - I recently wrote another post about this spectacular and affordable area, titled "Move to the Abruzzo Region of Italy."  It is also included on the Live and Invest Overseas list because of its beautiful beaches, stunning mountains and its affordability.  This is another place where it is estimated that a couple could retire for about $2,000 a month.

Panama City Beaches, Panama - This town offers retirees a beach lifestyle with modern amenities.  Panama is another location that uses the U.S. dollar and has a high-quality healthcare system.

Istanbul, Turkey - We have some Swedish friends who worked for an international company and were often transferred to various parts of the world.  They lived for several years in Texas and then for several years in Istanbul.  They insisted that Istanbul was, by far, their favorite place to live outside of Sweden.  It offers both the experience of living in Europe as well as in Asia.  It is a very affordable place to live at an estimated $1,100 per month.  Our Swedish friends love to play golf and had high praise for the golf courses and the community where they lived in a suburb of Istanbul.


For more detailed information about these locations, go to:

For more information about retirement planning, use the tabs at the top of this article to find links to hundreds of other retirement articles.

Photo of the Abruzzo region of Italy is courtesy of wikipedia.com/commons
Posted by Deborah-Diane at 6:54 PM 1 comment: