How Americans are Aging and Changing 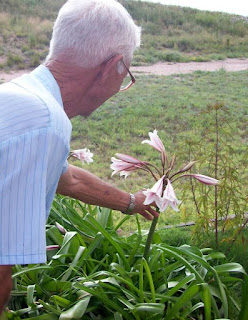 The Baby Boomer generation is getting older and lifespans in general are increasing.  As a result  the United States is aging rapidly.  Recently, I attended "The State of Aging in Orange County," a seminar put on by the Office on Aging and other agencies in Orange County, California.  The speakers were outstanding and over the next few weeks this blog will contain posts on some of the information that was covered during the seminar.

In particular, most Baby Boomers will be interested in some of the general facts that were brought up by the speakers.

Redefining What it Means to be Old

Karen Roper, who is Director of OC Community Services and oversees the Office on Aging, the Veterans Service Bureau and several other agencies, said they are working to redefine what it means to be old.  Rather than basing it on someone's age, they want to define it based on a person's functional ability.  After all, she pointed out, some people can be in their 80's or 90's and still be able to live on their own and take care of their shopping, housework, cooking, etc.  On the other hand, a person who is in their 50's or 60's might be suffering from a number of medical conditions, including early onset dementia, which might make it difficult for them function independently at all.  Which person should be considered "old?"

The U.S. Population is Aging Rapidly

Social Security and Medicare Will Need to be Reformed

Mr. Schrader revealed that over that same ten year period, Social Security costs are expected to increase by 77% and Medicare costs by 89%.  This is unsustainable without some types of reforms. As was recently mentioned in this blog, one change has already been made in order to save the government money in Social Security expenditures. It was part of the 2015 budget agreement.  The SSA has now eliminated an option couples used to have for maximizing their benefits ... the file and suspend option.

Among other changes that are being considered are:

CalOptima is also experimenting with a new system to make Medicare benefits more efficient, cost effective and easier to use for beneficiaries who qualify for both Medicare and Medicaid (known as Medi-Cal in California).  Many of the people who qualify for both have to deal with four different programs ... Medicare Part A, Medicare part B, Medicare part D, and Medicaid.  Since these people frequently have dementia or other health issues, dealing with all these different  programs is overwhelming.  CalOptima is experimenting with combining all four of those programs into one, adding on dental and vision services, and providing case carriers to assist the recipients.  They believe that reducing the fragmentation will make the program operate more efficiently and less expensively.  In addition, beneficiaries will only have one phone number to call and one person to deal with, which should make things more manageable.

If the CalOptima program works here in Orange County, it will be spread to other parts of the United States.

In the coming weeks, this blog will contain additional information that was provided during the State of Aging seminar ... interspersed with other topics of interest to Baby Boomers.

If you are looking for additional information on retirement planning, coping with health issues, finding good places to retire, changing family relationships or more, use the tabs or pull down menu at the top of this article to find links to hundreds of additional helpful articles on a variety of subjects.

Posted by Deborah-Diane at 10:55 AM No comments: