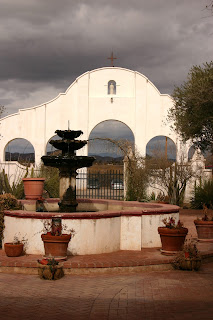 Are you looking for a pleasant, affordable city which is a good choice for retirement?  Do you want to have access to quality healthcare, cultural diversity, and mild weather?  The website caring.com put together their 2017 list of "Best Cities to Retire on the Cheap," and one of the cities listed below might be the perfect choice for you.

The major the factor which caring.com considered was the overall affordability of the city.  As they point out, however, there is no benefit in finding a city with cheap housing if the weather is so cold in the winter you pay exorbitant prices to heat your home.  You would probably be no better off financially, and you would have to deal with the downside of aging in an area which frequently experiences snow, ice and other weather extremes.  When they put together their list, therefore, in addition to affordability they also considered climate, healthcare, economic vitality and both geographic and cultural diversity.  In other words, these are cities which are not only affordable, but have a number of other advantages which would make them attractive to retirees.

Before moving to any of these cities, retirees will want to do more research to make sure they can afford to live in the city of their choice and to determine if they will have access to activities which interest them.  You will also want to plan an extended vacation, if you are unfamiliar with the city.  However, some of these cities should definitely be on your list of ones to consider if you hope to relocate to a fun, affordable city after retirement.

Affordable Retirement Cities According to Caring.com

Tucson, Arizona - For decades, people have retired to this city with a population of just a little over a half million.  This makes it easier to meet other newcomers in your age group.  Traffic is not a major problem and there are plenty of ways to stay active ... yoga studios, shopping centers, restaurants, and more.  There are eight hospitals in the city. Because it is in the high desert, the weather is milder than many other parts of Arizona.

Dover, Delaware - The state capitol of the small state of Delaware is equally small .. with a population of less than 40,000 people.  Despite its tiny size, the city has a strong economy, plenty of places to shop and eat out, plus you are halfway between New York City and Washington, DC. This gives you the opportunity to hop on a commuter train and experience world class entertainment, while living in a city which is far more affordable than either New York or Washington.

Bend, Oregon - For retirees who want to live in a city but be close to a wide variety of outdoor activities, including golf, snow skiing, hiking, fishing, boating and mountain biking, this city could be the ideal spot for you!

Sarasota, Florida - Built in the 1920's along the Gulf Coast of Florida, the Art-Deco downtown is adorable.  The Ringling Brothers Circus wintered here in the past, so expect to see circus memorabilia around town.  There is also an opera, symphony, ballet, music festival and other ways to stay active.

Boise, Idaho - This city gets an average of 21 inches of snow a year, so you will still have to deal with bad weather in the winter.  However, it is affordable and has an abundance of hiking and biking trails in the city.

San Luis Obispo, California - This small California city near the Central coast is home to Cal Poly University and is affordable compared to many other California coastal cities.  The weather is very temperate and it is surrounded by other affordable small towns such as Atascadero, Nipomo, Arroyo Grande, Paso Robles, and Templeton.  One of my granddaughters went to college in this town and we enjoyed visiting her and strolling through this attractive village.

San Antonio, Texas - The charming River Walk, across the street from the famous Alamo Mission, is reason enough to love this appealing Texas town.  The city has a wide variety of urban activities, including shopping and restaurants, and is surrounded by a number of even more affordable small towns.  Our family has vacationed there several times and love the city.

Nashville, Tennessee - If you love country music, there are few better places to live than Nashville.  The fact that it is also affordable and the climate is mild make it even more desirable.

Charlotte, North Carolina - This affordable, friendly city of about 700,000 people has a large number of cultural activities available.  It also has a booming economy, in case you want to continue to work after retirement.

Fayetteville, Arkansas - Located on the shores of Beaver Lake, this vibrant city offers a wide variety of recreational activities.

As with any potential retirement city, the ones on this list contain both good neighborhoods and bad neighborhoods.  They are also surrounded by suburbs, small towns and, sometimes, retirement communities which give you the benefit of both city life and small town living.  If you are looking for an affordable place to retire, pick a few cities from this list and get to know them.  Work with a local Realtor and see some of the homes available in your price range.  Check out websites like caring.com and Zillow to get more ideas about where to retire. Once you have explored these communities and others, you will have a much better idea of where you would like to retire.

Are you looking for more information on where to retire, financial planning, Medicare, Social Security, healthcare and changing family relationships, use the tabs or pull down menu at the top of the page to find links to hundreds of additional articles.