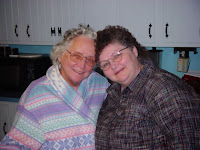 Photo of women is courtesy of www.morguefile.com
Posted by Deborah-Diane at 4:45 PM No comments: