Medicare Costs are Rising - How Can You Control Them? 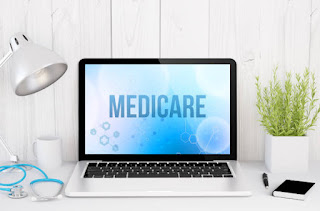 Despite the fact that Social Security beneficiaries will receive a 5.9 percent increase in 2022, a large part of this increase will be offset by rising Medicare premiums and other healthcare costs.  The premiums for Medicare Part B, the part which covers doctor visits and other outpatient care, is increasing by 14.55% or $21.60 a month.  This will impact lower income retirees more dramatically than their wealthier peers.

According to the Kaiser Family Foundation, approximately one-third of retirees are spending at least 20% of their per capita income on healthcare costs.  In 2018, the average person with traditional Medicare spent $6,150 out-of-pocket. That amount was much higher for some people with large medical bills and expensive medications, and has caused many retirees to have to choose between buying food and paying for necessary medications.

What About the Cost of Medicare Supplements or Medigap Plans?

Many people purchase a Medicare Supplement plan (often called Medigap policies) to cover all or most of the cost of their deductibles and co-pays. However, the premiums can amount to several hundred dollars a month per person, so many couples and individuals are unable to handle this additional expense over their basic Medicare premiums.  About 20 percent of Medicare beneficiaries choose not to have a Medigap policy, which means they have to pay their deductibles out-of-pocket.  These unexpected bills can be devastating for some retirees who are barely surviving. 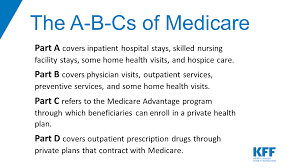 Drug prices continue to be a major issue for many retirees, too.  You can purchase a Medicare Part D plan to help with the cost of your medication.  However, you will have to pay additional premiums for your drug plan, and they DO NOT cap the total amount that an enrollee must pay out-of-pocket each year for drugs. In 2022, a patient will pay a deductible of $480 until the insurance company and the enrollee have spent a combined total of $4,430 for medications. After that, the patient will pay a percentage of their drug costs, which could be a substantial amount if you have a serious, chronic illness.

There are some actions being proposed which could help with these rising costs, especially the cost of medications. The Build Back Better Plan, currently under consideration in Congress, would cap out-of-pocket Part D drug costs at $2,000 a year, beginning in 2024.

Build Back Better would also allow Medicare to negotiate prices with drug companies for some of the most expensive drugs, starting in 2025 for Part D drugs, and starting in 2027 for Part B drugs.  The bill would also limit the cost of insulin to no more than $35 a month.

Of course, all this depends on the passage of the Build Back Better bill, or a similar bill designed to help people on Medicare. If no bill is passed, then drug prices will continue to rise, without a cap, for senior citizens. One action retirees can take is to write or call their Congressman and Senators and ask them to support this legislation. Since most of our representatives in Congress are not on Medicare, but on a special Congressional health insurance plan, many of them do not understand how serious the problem is for the average retiree.

What Can Individuals do to Control Their Medicare Costs? 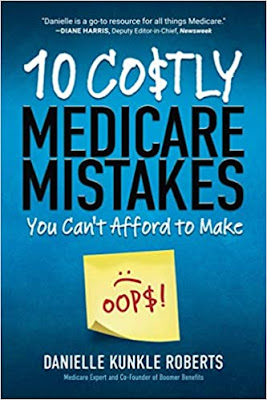 In addition, there are several actions which individuals can take to help control their Medicare costs.

First, make sure you are following all the correct rules so you obtain your Medicare coverage at the lowest possible cost, and do not pay an extra large premium because of a mistake.  The handy book, "10 Costly Medicare Mistakes You Can't Afford to Make," (Ad) will help you make sure you follow all their rules. One mistake, such as signing up at the wrong time, can cause you to pay higher premiums for the rest of your life.

Next, if you have a low income, see if you qualify for both Medicaid as well as Medicare.  Medicaid pays most of the out-of-pocket expenses for low-income retirees, and replaces the need for them to have a supplement or a drug plan.  This can be a substantial savings.  In addition, if you need long-term care in the future, Medicare will not cover it, but Medicaid will.   Applying for both can be very beneficial, if you qualify.

Another tip is to do comparison shopping every year during the open enrollment period to see if you are on the best and most affordable Medicare Supplement and Part D drug plan for you.  Talk to an agent and check the prices of the different plans, taking into consideration your current health problems.  There is a wide variety of plans and premiums available, including both HMO and PPO supplement plans.  Many pharmacies will help you compare different Part D plans to make sure you have one which will cover the largest number of your medications with the lowest possible co-pays.

With a little planning on your part and, hopefully, some help from government legislation and programs, many people have found that they are able to keep their Medicare expenses under control, despite the recent price increases.

Remember to pick up a copy of the cheap book, "10 Costly Medicare Mistakes You Can't Afford to Make," (Ad) to learn how to avoid mistakes and keep your Medicare costs as low as possible.

Enjoyed this post? Never miss out on future posts by following us.  You will receive one weekly email containing the most current post.

If you are interested in learning more about financial planning, Social Security, Medicare, where to retire, common medical issues as you age, travel and more, use the tabs or pull down menu at the top of the page to find links to hundreds of additional helpful articles.