Risks of Retiring in Mexico and other Countries 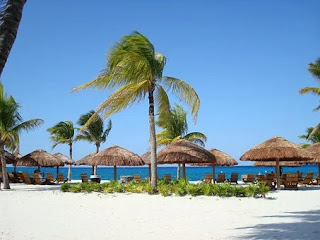 Retiring in another country can be an exciting adventure, but it can also present some unique challenges.  Americans have been retiring in other countries for decades, and hundreds of thousands of Social Security checks are currently deposited monthly in foreign bank accounts.  Millions of  Americans live in foreign countries for a few months of the year, while keeping their money and accounts in the United States.  There are numerous reasons people live all or part of the year outside the United States. They might do it for the novelty, for the opportunity to experience new things, as part of a charitable organization, to teach, or in order to save money, especially if they are retiring on a tight budget.

While the cost of living may be lower in other countries, and the idea of living in a tropical climate sounds appealing, there are risks which everyone needs to consider.  Of course, you will want to investigate the healthcare system, the cost of obtaining medical care in a foreign country, and the actual cost of living, especially if you want to live the equivalent of an American lifestyle in another country.  You also need to take into consideration expenses such as traveling back to the United States to visit or get specialized medical care.

If there are certain products you feel are necessities, you may discover that they are more expensive than you expect, and it may be difficult to get your favorite foods or brand name items.  For example, planning a traditional Thanksgiving dinner with turkey, yams, cranberry sauce and pumpkin pie may be next to impossible in some countries. You will need to adapt and eat at least some of the local cuisine.

However, if you are the adventurous type, all these issues will probably be minor problems which you are happy to deal with.  In fact, they may not be a problem at all if you choose a location which is conveniently located near a major international airport or near the U.S. border, so you can quickly hop back to the U.S. whenever you want.  You could also discover that shopping in local markets and eating locally grown foods is part of the fun and adventure!

You may be able to find solutions to many minor problems by researching your move before you go. Try reading a book such as "Retirement Without Borders," (Ad) which I highly recommend. It has practical advice for retiring to a number of different countries including Mexico, France, Italy, Spain, Costa Rica and several others. It could help you decide which country might be a good choice for you!

One thing which may turn your dream retirement into a nightmare could be your lack of legal standing in another country. Take, for example, an issue which a number of Americans are facing in the lovely American enclave of Cantamar along the coast of Baja, Mexico.

Locked Out of Their Retirement Village

In early 2021, a number of residents of the beachside community of Cantamar, Mexico, located about 15 miles south of Rosarito Beach, have had to climb over a barbed wire fence in order to get in and out of their community.  Their property manager has blocked the entrance, cut off the residents' water and gas, and refused to allow guests and maintenance workers to enter the community.

Many of the residents of this community are U.S. citizens who originally moved to Cantamar from Arizona, California, and other states. Most of these Americans have invested a substantial part of their life savings into their homes in Mexico, and they looked forward to spending the last few decades of their lives living in this affordable beachfront community.

What went wrong in Cantamar?

The problem stems from the property ownership laws in Mexico.  Foreign residents cannot officially own Mexican land which is located within 65 miles of the U.S. border, or within 35 miles of the Mexican coastline. However, foreigners are allowed to lease the land and build a home on it.  They can legally own the home for up to 10 years.

Foreign nationals can also purchase land through a Mexican bank trust, called a fideicomiso.  In this case, the bank is the trustee and holds the title, and the foreign buyer is the beneficiary of the trust and is able to buy, sell, and build on the property.

Because of these loopholes, approximately 1.5 million Americans have moved to Mexico, and tens of thousands of them are in Baja, California.  This makes it easy for them to cross the border and shop or obtain medical care the the U.S.   Many of them have seen this arrangement as the best of both worlds ... an affordable beach home for retirement, with relatively easy access to American goods and services.   Cantamar is a prime example of this lifestyle.  It is a gated community just 35 miles from the U.S. border, with home lots near the ocean ranging in price from $40,000 to $300,000, significantly more affordable than similar properties in San Diego County, across the border.

Since the entire community has become the property of Ivonne Cortez Avendano, she and her property manager, Zarella Garcia, have made it increasingly difficult for the residents to enjoy their former lives in the community. One of the current residents told a writer for the San Diego Tribune that they have not had running water for years and, when they leave home, they are not sure they will be allowed to re-enter.

The dispute is over a new maintenance fee of $130 month which the owner wishes to collect retroactively for every month residents have been there since 2007. This is a substantial expense for many retirees who have already invested nearly all their life savings in order to afford their homes.  Other retirees believe that it is simply unfair for the new owner to force this new charge on them.

The current residents point out that the current owner's deceased husband did not require a maintenance fee, it is not mentioned in their property titles, nor was there a separate contract requiring this fee when they originally committed to leasing the property and building their homes on it.

What Legal Rights do Americans Have in Mexico?

Unfortunately, Americans are limited in what they can do to protest their treatment, no matter how unfair it may seem.  The U.S. government says they are powerless to intervene in property disputes in Mexico.  The chances of an American winning a dispute in the Mexican legal system are slim, and the legal battle could take decades.

In 2000, after a 27 year legal fight over their retirement homes in Punta Banda, Mexico, 200 Americans were evicted and told that the group which sold the land to them was not the true owner.  These types of land disputes could happen again in the future.  Americans living in Mexico have little legal recourse when it does, and Mexico is not the only place where Americans could find themselves legally vulnerable.

What can Retirees Learn from these Stories?

Retirees should be very careful before putting their life savings into a home in a foreign country.  During the recession in 2009, some British retirees who had settled in Spain were alarmed to discover that the value of the British pound had dropped in value to the point where their "affordable" retirement was no longer a financial reality.  The same thing could happen when retirees from any country settle in another country.  Monetary values fluctuate, and the change is not always in favor of retirees who are living on a very tight pension.

There are also strict rules regarding retiring in other countries, including desirable places such as Italy, Monte Carlo, and Switzerland.  You may be required to prove you have enough assets and income to live there. You may have difficulty buying property, or may not be allowed to work, if that was your intent.  There may be complications regarding becoming part of their national healthcare system.  Laws regarding all these issues and more vary from country to country.

Doing your research can prevent some of the problems involved in living overseas.  After all, millions of Americans are doing it right now without a problem.  Another book which will help you make realistic, smart plans is "How to Retire Overseas." (Ad) The more you study your choices in advance, the more likely you will be to make the best decisions for your retirement.

Before moving to another country, it is very important that Americans check on the U.S. State Department website for travel advisories and warnings.  They should also discuss the immigration and property laws with an attorney in the country where they are considering retiring, and meet with an attorney in the U.S. who specializes in international law.  Speak with as many experts as possible, including tax accountants, realtors, bankers, and others.

Finally, they should take a serious look at their own financial picture and their risk tolerance.  What would happen if they lose all of the property and money they have invested in another country?  Would they be able to survive financially?  Would they be able to comfortably relocate or return to the United States?  If they are not sure, it might be wise not to make the move.  At the very least, retirees looking for an adventure in another country may consider renting a home there, and keeping the bulk of their assets in the United States.

Read more about the Cantamar case at:  https://www.sandiegouniontribune.com/news/border-baja-california/story/2021-04-10/americans-baja-resort-homes

Enjoyed this post? Never miss out on future posts by following us.  You will receive a weekly email with the most current post.
If you are interested in learning more about financial planning for retirement, Social Security, Medicare, where to retire, common medical issues after retirement and more, use the tabs or pull down menu at the to of the page to find links to hundreds of additional helpful retirement articles.
Disclosure: This blog may contain affiliate links. If you decide to make a purchase from an Amazon ad, I'll make a small commission at no extra cost to you.

Photo of Mexican beach:  pixabay.com
Posted by Deborah-Diane at 5:00 PM

Email ThisBlogThis!Share to TwitterShare to FacebookShare to Pinterest
Labels: obstacles to retiring in another country, risks of foreign retirement, risks of Mexican retirement, should you retire to Mexico