The Election, Social Security and Medicare - Where Do Trump and Biden Stand? 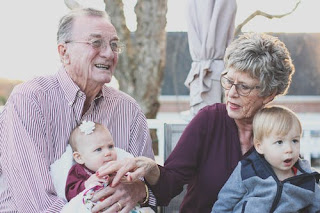 There are many issues which people need to consider in deciding how to vote.  Very few people are "one issue voters."  However, as a retirement blog, I was interested when Kiplinger's Magazine wrote a series of well-researched articles on "The Election and Your Money."  One article, in particular, compared the positions which President Trump and his opponent, Vice-President Biden, have taken on the future of Social Security and Medicare.  The information provided by Kiplinger's might help some undecided voters make up their minds on how they want to vote in the 2020 Presidential Election, especially if their Social Security benefits will be a major source of their retirement income.

Consequently, nearly everyone who is retired or who plans to retire in the future will be affected by how these shortfalls are handled.  While the presidential candidates are dramatically different in their plans for Social Security, they actually agree on some of the ways they would like Medicare to save money in the future. Below is a summary of the Kiplinger article.

*  Trump has already issued an executive order stopping the payroll tax withholding whcih funds Social Security and Medicare, for the remainder of this year for millions of people.  He has said he would like to completely end payroll tax withholding permanently, which would cause the Social Security and Medicare trust funds to run out of money even sooner than projected.

*  Like Biden, Trump wants to allow U.S. citizens to be able to purchase prescription drugs from other countries, such as Canada, if certain conditions are met to insure their safety.

*  Trump wants to cut government Medicare costs by reducing payments to doctors, hospitals and other healthcare providers.  This could make it harder for patients to find a doctor who will accept Medicare, which could be especially challenging for people who choose traditional Medicare plus a supplement.

*  Biden wants to strengthen the funding for Social Security and Medicare. He wants to keep the current cap on payroll taxes for most workers, which pays for these programs. The payroll tax cap is indexed to wage growth and, in 2020, is capped at $137,700.  However, in order to make sure there is enough money so the trust funds do not run out of money, Biden also wants to apply the payroll taxes to incomes on wages over $400,000.  People who earn between $137,700 (or the annual cap) and $400,000 would not pay the payroll taxes.

*  Biden wants to expand benefits by increasing survivor benefits for low-income beneficiaries and gradually increase benefits for seniors, starting at age 78.  Social Security beneficiaries over the age of 82 could receive a 5% increase in their basic retirement payout.  (Many of you may know of retirees who have received virtually no increases in their benefits for several years, and that has left some elderly people nearly destitute, since their income has not kept up with inflation. This benefit increase could help them "catch up" a little.)

*  Biden has proposed a more fair way to calculate the Social Security cost-of-living increases for retirees.  The government would switch to a cost of living index which puts more weight on items which account for a larger portion of seniors' spending, such as the cost of housing and healthcare.

*  Contrary to reports you may have seen, Biden does NOT support Medicare-for-All.  He prefers, instead, to strengthen the Affordable Care Act for most people.  However, he does support lowering the eligibility for Medicare from age 65 to age 60.

*  Biden wants to repeal the laws which prevent Medicare from negotiating drug prices with pharmaceutical manufactures.  (Who originally forced this law on American seniors?  It was a bad idea to begin with. What other government agency is forbidden to negotiate?)

*  Like Trump, Biden also wants to limit price increases for most prescriptions so their cost cannot rise faster than the rate of inflation.

*  Like Trump, Biden also wants to allow U.S. citizens to be able to purchase prescriptions from other countries, as long as they are determined to be safe.

Overview of Candidate Plans for Social Security and Medicare

While both Trump and Biden want to find ways to lower the cost of prescriptions, there are major differences in their plans for Social Security and Medicare.  Vice-President Biden wants to make sure that both Social Security and Medicare remain financially strong for years to come, while President Trump wants to cut funding for those life lines for senior citizens, and he no plan to replace their funding.  Both candidates want to give you a choice between traditional Medicare and Medicare Advantage plans, but Trump wants more emphasis to be given to Medicare Advantage plans, and wants to pay doctors less money if they accept traditional Medicare.  Both candidates want to restrict price increases for prescription drugs to the rate of inflation, and both want to allow U.S. citizens to buy some medications from other countries.

Which candidate you vote for is up to you, and there may be other issues which are more important to you than Social Security and Medicare.  However, it is important to make sure you know the facts when you make the decision, and the September, 2020 issue of Kiplinger's Magazine has made it much easier to assess the candidate's similarities and differences.

If you are interested in learning more about saving money, financial planning, Social Security, Medicare, where to retire, common medical issues as you age, travel and more, use the tabs or pull down menu at the top of the page to find links to hundreds of additional helpful articles.

Posted by Deborah-Diane at 6:00 AM