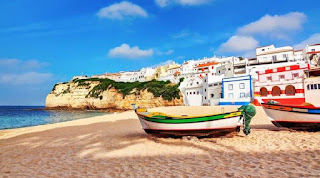 One issue which frequently concerns people who are considering an overseas move, whether it is for retirement or other reasons, is how they can access their money while living in another country. This week we have a guest blog from Jon Delacruz with icomparefx.com, a fund transfer company which specializes in helping people move money from one country to another.

Because of the interest many Americans have in retiring overseas, sometimes permanently and sometimes just for a few months or years, I felt this information would be extremely helpful for my readers.

A Guide to Moving Money Across Borders When Retiring Overseas

The U.S. Social Security Administration sends more than 500,000 payments every month to Americans who live outside of the country. This is a considerable rise from the 400,000 retiree payments that were sent overseas in 2016. There are around 247,000 British nationals over 65 years of age who live in European Union (EU) countries, and around 85,000 people in the same age bracket from the EU who live in the UK. These numbers show that a significant number of people from different countries retire overseas.

When you choose to retire in another country, planning your finances becomes crucial. After all, you do not want to end up in a foreign land with access to less money than you originally figured you would have. Fortunately, moving money across borders is no longer as time consuming, complicated, or expensive as it used to be until the turn of the last century.

Depending on the country where you have lived and worked throughout your life, you might be able to receive your state-sponsored pension payments in a foreign country. All you need to do to find out if you qualify is get in touch with the relevant authorities in your country.

More than half a million Americans reside out of the country and receive some kind of Social Security benefit, including disabled and retired workers, as well as spouses, children, widows, and widowers. The U.S. government considers you to be out of the country if you spend more than 30 days in a row in a foreign land, and you may receive your Social Security payments overseas, provided you are eligible.

If you are a citizen of the UK, you stand to receive your state pension no matter which country you choose for your retirement. However, you will not receive increases if it is a country with which the UK does not have a social security agreement.

Areas where you will continue receiving increases include the European Economic Area (EEA), Switzerland, Gibraltar, Jersey, Isle of Man, Guernsey, the U.S., and most of the Caribbean. Some of the exceptions where retirees from the UK do not receive pension increases include Canada, Australia, New Zealand, South Africa, India, and Pakistan. The complete list is made available online.

Should You Receive Your Pension Payments Overseas?

Handling the Money You Have Saved

When time comes to relocate, do you plan to take your savings with you? If so, you will need to determine what you plan to do with the money in your bank as well as your investments in the form of stocks and bonds.

The maximum amount you may transfer depends on where you live. For instance, transferring major currencies such as U.S. dollars, British pounds, Australian dollars, euros, and Japanese yen come with little to no restrictions. However, you might have to worry about government regulations when it comes to regulated currencies such as the South African rand, Chinese yuan, and Korean won.

Limits may also apply depending on the service provider you select. For example, some banks and overseas money transfer companies have daily, weekly, monthly, and even annual transfer limits in place.

Turning to your bank to transfer money overseas may seem convenient, but it might not be your best bet. Most banks tend to add noticeable markups to existing mid-market exchange rates, and the rates they apply on the transfers they process are often less than desirable.

Specialist money transfer companies such as TransferWise, WorldFirst, WorldRemit, OFX, and Currencies Direct are able to provide bank-beating rates consistently by leveraging technology and keeping overhead costs to a minimum. While a small difference in exchange rates might not seem like much, it can have a considerable effect if you are transferring a large sum.

Banks are also known to charge steep transfer fees, whereas you end up paying little to no fees when working with a specialist money transfer company.

Given that there are a number of overseas money transfer companies from which to choose, it is important that you pay attention to different factors. Start by making a shortlist of companies that facilitate transfers between both of the countries in question, because lists of supported countries and currencies tend to vary from one service provider to the next.

Cost effectiveness. The cost of moving money across borders depends on more than just the exchange rate  that applies on the transfer. Some companies are known to charge a percentage of the transfer amount as fees, whereas some others have fixed per-transfer fees in place. Some offer fee-free transfers, and some have fee-free threshold limits. The receiving bank may charge a currency conversion fee, and you may also incur additional fees when paying using a debit or credit card.

Waiting for a better rate. If you feel that the exchange rate might swing in your favor in the near future, you might consider transferring your money using a market order. In this case, you set a target rate, and when it reaches the desired level, your transfer goes through automatically.
Lock in the rate. If you feel that the existing exchange rate is to your liking, you may use a forward contract to lock it in place for a transfer you wish to carry out in the future. Several money transfer companies let you lock in exchange rates for up to six months, and some even let you lock in rates for up to a year.

Negotiate. Almost all money transfer companies add slight markups to prevailing mid-market rates. As a result, negotiating for a better rate is not out of place, especially if you plan to carry out a large value transfer.

Conclusion:   Moving money across borders when retiring overseas presents you with multiple alternatives. No matter whether you wish to receive state pension payments to take your own money with you, selecting the right method and a suitable service provider can result in noticeable savings.

Jon Delacruz works as a researcher and mystery shopper with iCompareFX, a website that lets its users compare the world’s leading overseas money transfer companies. Outside of work, he likes to explore new sounds from different genres of music.

If you are interested in learning more about where to retire in the United States and overseas, financial planning, Social Security, Medicare, common health issues in retirement and more, use the tabs or pull down menu at the top of the page to find links to hundreds of additional helpful articles on this blog.

Photo credit:  Photo of beach in Portugal courtesy of Google images.
Posted by Deborah-Diane at 3:02 PM

Email ThisBlogThis!Share to TwitterShare to FacebookShare to Pinterest
Labels: fund transfer companies, how to collect your pension overseas, how to move money overseas, how to receive your social security payments in another country