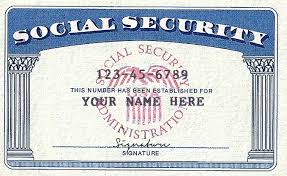 We have all read a host of discouraging news stories about Social Security, including that it is going bankrupt, people are living too long, and everyone should collect their benefits as soon as possible.  Many of these articles are unhelpful because they are based on distortions and myths about Social Security. These misunderstandings can cause people to make poor financial decisions which may hurt them for the rest of their lives.  As a result, I was pleased to see an article addressing these Social Security myths in the September 11, 2017 issue of the highly reputable business newspaper, Barron's.

You may want to look for the issue yourself at your local news stand or library.  However, here is a brief summary of what they had to say about the six most common myths about Social Security, as well as my comments:

Myth: "Healthy Payment Hikes are Back"

Although the COLA or cost-of-living increase for 2018 will be larger than what retirees have seen in recent years, when it has ranged from 0 to 0.3 percent, it is still smaller than the average increase of 2.6 percent which retirees saw over the past 30 years.  The 2018 COLA will only be 2 percent. Unfortunately, recent increases have been so low that the Senior Citizens League estimates Social Security benefits have lost 30 percent of their purchasing power since 2000.  While any increase at all is better than nothing, many senior citizens are finding that it is becoming increasingly more difficult to survive on Social Security.

Not mentioned in the Barron's article is the fact that all or most of the COLA in recent years has been eaten up by increases in Medicare premiums.  This will be true in 2018, as well, when the Medicare premium for most people will increase to approximately $134.  As a result, many retirees have seen virtually no actual increase in their checks over past few years and that will continue to be true in 2018.

In fact, Medicare increases sometimes jump if your total retirement income rises too much.  Sudden increases in retirement income, because of an unusually large IRA withdrawal or windfall, can cause your Medicare premiums to increase dramatically and retirees should consult their tax attorney and take into consideration all of the financial consequences of a large IRA withdrawal or income increase. However, the Medicare premium increase should only apply to the year following the increase in income, unless it is permanent or continues for several years. This will only apply, however, to people who have a very large increase in their retirement income.

There is NO danger that Social Security will completely run out of money, because people are continually paying into the program.  The trust fund, which supplements the amount brought in by current workers, has enough money to pay full benefits until 2033.  After that, the Social Security Administration could still pay out 77 percent of promised benefits until 2090 and 73 percent of promised benefits after that, just based on the ongoing payroll deductions of the workforce. Those lower payments would only happen if Congress does absolutely nothing to fix the problem. Most experts believe that if Congress increases the amount of Social Security taxes withheld from paychecks, slightly postpones the full retirement age or makes a few other small changes discussed later in this article, full benefits could be paid out for many decades in the future.

Myth: "American Longevity is the Reason Social Security is Having Financial Problems"

This may surprise many people, but U.S. longevity for people over the age of 65 has not increased very much over the past few years.  In fact, the Barron's article reported that in 2015 longevity for Americans over 65 decreased for the first time in over 20 years, according to the Centers for Disease Control and Prevention.  In fact, according to an October 27, 2017 post by @Tad_Doughty, who manages several hundred million dollars in assets:

"The U.S. age-adjusted mortality rate -- a measure of the number of deaths per year -- rose 1.2 percent from 2014 to 2015, according to the Society of Actuaries.  That's the first year-over-year increase since 2005, and only the second rise greater than 1 percent since 1980.  At the same time that Americans' life expectancy is stalling, public policy and career tracts mean millions of U.S. workers are waiting longer to call it quits.  The age at which people can claim their full Social Security benefits is gradually moving up, from 65 for those retiring in 2002 to 67 in 2027."

In other words, people are retiring later and dying sooner.

The real problem in maintaining Social Security payments is that fewer children are being born and this will cause a sharp decline in the number of working adults by 2035.  This is the actual reason why it may be necessary to slightly increase Social Security taxes or make other changes.

Myth:  "Social Security is Too Dangerous for Congress to Touch"

The Barron's article indicated that this is a myth because Congress has made changes to Social Security in the past, most notably in 1983.  According to Barron's, any one of the following possible changes, or a combination of them, would solve the problem:

* Decrease the promised benefits by 20% for those who have not yet retired OR
* Increase the Social Security payroll tax, which is split between the employer and employee, from 12.4 percent to 15.2 percent OR
* Raise the income cap on Social Security taxes above its current level of $127,200. In 2018, the income cap will rise slightly to $128,700.  However, over 18 percent of earned income is currently exempt from Social Security taxes.
* Not mentioned in the Barron's article, but something which has been suggested by other experts, is the idea of further postponing the full age of retirement so that people are not eligible for their full benefits until age 68 in 2027 and the increase to age 67 be moved to an earlier date.

If citizens would like to save Social Security, they need to encourage Congress to vote on a Social Security package which would include one of the above changes or a combination of the above changes which would be less extreme than any single recommendation.  For example, they could raise the income cap to $200,000 or more, with significantly larger increases in the income cap in future years.  This would allow them to only slightly raise the payroll tax.

Myth:  "Start Collecting Your Benefits as Young as Possible

While it may be necessary for some people to collect early if they are dying or in such bad health that they can no longer continue to work, the vast majority of people need to worry more about how to maximize their income in their 70s and 80s.  The best way to do this is to postpone collecting as long as possible.  You can learn more about the advantages of waiting by using the benefits calculators on either the AARP or the Social Security websites.

The most important information which you may glean by reading the full Barron's article, titled "6 Myths of Social Security," is that the current Social Security problems are solvable, if Congress is willing to make the necessary minor adjustments.  In addition, most people would benefit by postponing their benefits as long as possible in order to maximize their income in their 70s, 80s and beyond, especially since the value of the benefits have declined dramatically in purchasing power over the past two decades.

If you are interested in learning more about Social Security, Medicare, financial planning, where to retire, common medical problems and more, use the tabs or pull down menu at the top of the page to find links to hundreds of additional articles.

Watch for my book, Retirement Awareness: 10 Steps to a Comfortable Retirement, which will be published by Griffin Publishing early in 2018.