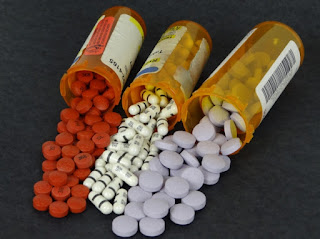 According to statistics from the Centers for Disease Control, the current opioid crisis in the United States is this country's worst drug epidemic ever.  Unlike drug problems in the past, this one is not limited primarily to the younger generation.  Opioids are killing Americans of all ages.  Doctors have been over-prescribing pain medication for years, without realizing the impact it was having on their patients, including the elderly.  The results have been devastating for many senior citizens, as well as their children and grandchildren.  Families have been devastated by the effects of opioids.

Opioid Addiction in Retirees is a Significant Problem

According to an article in the June 2017 AARP bulletin titled "The Opioid Menace: A Nationwide Addiction to Opioids Threatens Older Americans," as well as other sources, the statistics are shocking:

*  In the single year of 2015 alone, nearly one-third of all Medicare patients (or about 12 million people) were prescribed opioid painkillers by their doctors.  Over the past year or two, some doctors have reduced the number of prescriptions they write for these drugs and the majority of states now put caps on the quantity of opioids a Medicaid patient can receive.  Unfortunately, these actions are not enough. Far too many patients are still receiving prescriptions for these dangerous drugs, often for chronic pain, minor injuries, dental procedures and out-patient surgeries.

*  Also in 2015, approximately 2.7 million Americans over the age of 50 were believed to have abused prescription opioids.  By abusing the drugs, it means the patients were taking more of the medication than their doctors had prescribed or for reasons other than why it was prescribed.

*  Despite efforts to reduce the number of opioid prescriptions being written, a survey in 2016 indicated that 99 percent of physicians continue to prescribe these medications for longer than the recommended three days.  To make matters worse, some patients "doctor shop," constantly looking for new doctors who will write them a prescription, which they can easily fill if they pay out-of-pocket for it rather than using their insurance or Medicaid.  Other people steal painkillers from the medicine cabinets of friends or relatives, order the drugs from foreign pharmacies, or switch to lower cost heroin, which is an illegal opioid drug made from morphine.  Frequently, the heroin is mixed with Fentanyl, which makes the drug much more addictive and can be lethal.

*  People over the age of 65 are being hospitalized in record numbers because of opioid abuse.  In fact, the number of such hospital admissions has quadrupled in the past 20 years.  Most cases involve people who never dreamed they would become drug addicts.

*  Opioid addiction is a deadly disease.  An incredible 42 percent of all opioid overdose deaths in the U.S. in 2015 happened to people over the age of 45.  The real number of such deaths may be much higher, since many deaths could have have been misdiagnosed or simply listed as "natural causes," especially in the very elderly.  This is not an addiction problem which is limited to teens and young adults.

*  The older you are, the greater your risk of becoming dependent on these drugs.  Doctors are more likely to prescribe them for your pain and, because of slower kidney and liver function, the drugs may remain in your system longer.

*  Of course, opioids also are killing our adult children and grandchildren, causing stress and worry for many retirees.  As reported in a Jacob Soboroff television special, made for MSNBC, called "One Nation Over Dosed," on June 24, 2017, opioid overdoses are currently the number one cause of death for people under the age of 50 in the United States, resulting in more deaths than those from car crashes, HIV or guns for people in the peak years of their lives.  Fentanyl, a synthetic opioid which can be thousands of times stronger than heroin, is so dangerous it is possible to die just from touching it or breathing it in.  As mentioned above, this drug problem is destroying families across our nation, often leaving young children orphaned and causing grandparents to have to raise them.

What are the Most Common Opioids?

Many people have been prescribed these dangerous drugs without realizing it.  Their doctors may have prescribed them "a little something" for pain after surgery or to alleviate back pain.

Among the common names for opioids which the average person may have used are OcyContin, hydrocodone, oxycodone, Vicodin, Percocet, Demerol, morphine, Tylenol #3 and #4, Cotylenol, Tylox, Roxanol, Fentanyl and several others.  If your physician offers you a prescription painkiller rather than suggesting you try an over-the-counter product like Motrin or Aleve, you should ask a lot of questions about the product.  You can become dependent on an opioid after just a few days of use.

Everyone should also be aware that even opioid painkillers will not completely remove the pain from a serious injury or health issue.  An over-the-counter medication may not be quite as strong, but could be adequate to "take the edge off" your pain until time and healing naturally lessens the pain.  Other approaches, such as meditation, relaxation techniques, massage, physical therapy, or acupuncture may also help you get through a period of either short-term or chronic pain.

What to Do If You Suspect You are Addicted to Opioids

If you or a loved one has been taking an opioid painkiller and you suspect an addiction problem, there are a few steps you can take.

*  Admit there could be a problem.  It is not a moral failing; it is a medical condition.  The sooner you deal with it, the better the outcome is likely to be.

*  Talk to the doctor who has been prescribing your medication, or another doctor, about your suspected addiction concerns.

*  Seek treatment as soon as possible.  Do not try to stop cold-turkey.  You may need to go through a gradual withdrawal process.

Most important of all, avoid taking these drugs unless absolutely necessary, take as few pills as possible, stop as soon as you can, and seek help if you have trouble weaning yourself off of them.

If you are interested in reading more about common medical problems in the elderly, or learning about Medicare, Social Security, retirement planning, where to retire and more, use the tabs or pull-down menu at the top of the page to find links to hundreds of additional helpful articles.

Photo credit:  morguefile.com
Posted by Deborah-Diane at 7:58 AM