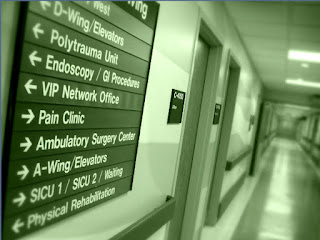 There is a great deal of nervousness and confusion surrounding changes to Medicare in the coming years.  In fact, many retirees and working adults near retirement age do not realize these changes were already set in motion in 2014 and, unless something happens to stop them, they could dramatically change the way people on Medicare receive their benefits.  As a result, I did more research on the current plans, the changes which are coming and, finally, I consulted AARP through their Facebook page to get clarification on exactly what is being proposed.

What are the Current Medicare Choices?

Currently, Medicare recipients have three choices for receiving their benefits.

1.  Basic Medicare only - Medicare pays about 80 percent of approved costs for hospitalization and doctor visits, including a short period of time in a skilled nursing or rehabilitation facility each year, when medically appropriate.  The medical procedures, lab tests and care which Medicare will cover are specified as defined benefits.  The beneficiary pays the cost of anything not covered by the government fixed benefits.

What Would Be Different Under the Proposed Medicare Changes?

Essentially, under a 2015 House Budge Resolution which came out of a committee headed by Paul Ryan and was passed by the House of Representatives in 2014, Congress would like to drop the government's responsibility for guaranteeing a basic level of medical care for all senior citizens.  Medicare beneficiaries would no longer be assured they would have defined benefits.  Instead, ALL beneficiaries would be switched to a voucher system where they could purchase a Medicare plan which is either fee-for-service or from a private insurance carrier.

The government would no longer guarantee that seniors would be entitled to specific medical benefits.  You would pick an insurance company which could offer a range of choices, depending on how much you are willing to pay in additional premiums, above the government voucher.  As a result, the poorest Medicare beneficiaries are the people most likely to choose policies with no additional premiums. This means they could have high co-pays, high deductibles, fewer choices in physicians and fewer benefits.  AARP is concerned the poorest people could end up deeply in debt in order to cover medical expenses they incur late in life.

Analysis by the National Committee to Preserve Social Security and Medicare

One organization which is following this issue carefully is the National Committee to Preserve Social Security and Medicare.  Below is a excerpt from their website:


"The House Budget Resolution for Fiscal Year 2015, H. Con. Res. 96, introduced by Budget Committee Chairman Paul Ryan (R-WI), was passed by the House of Representatives on April 10, 2014.  It would end traditional Medicare, make it harder for seniors to choose their own doctors, and increase health care costs for both current and future retirees.  The House Republican budget ends traditional Medicare and achieves savings for the federal government by shifting costs to Medicare beneficiaries.


Beginning in 2024, when people become eligible for Medicare they would not enroll in the current traditional Medicare program which provides guaranteed benefits.  Rather they would receive a voucher, also referred to as a premium support payment, to be used to purchase private health insurance or traditional Medicare through a Medicare Exchange.  The amount of the voucher would be determined each year when private health insurance plans and traditional Medicare participate in a competitive bidding process.  Seniors choosing a plan costing more than the average amount determined through competitive bidding would be required to pay the difference between the voucher and the plan's premium."

This means seniors who live in areas where medical insurance costs more, or those who have expensive medical needs could end up paying higher premiums to make up the difference. In addition, low-income retirees could be forced into networks with limited physician choices.

In truth, no one is quite certain what effect this change from a defined benefit plan to a defined contribution plan, with limited government responsibility, will have on future and current retirees.  However, the reason the government is doing this is to shift the burden of paying for the medical care of retirees from the government to senior citizens.

As mentioned above, I had a discussion with AARP on their Facebook page about the changes.  Below is a quote from that discussion:

"Hi Deborah, there's a lot of tricky language surrounding this issue, so I'm happy to help make sure it's clear: Under a voucher system, the federal government would replace Medicare beneficiaries’ guaranteed benefit package (the current system) with a fixed dollar amount or “defined contribution” that beneficiaries would apply toward a health plan they chose. You would apply your fixed-dollar-amount voucher on competing private health plans or traditional Medicare fee-for-service coverage. One major concern is that this voucher system ends the promise of a guaranteed set of Medicare benefits and could have higher risk of catastrophic out-of-pocket medical expenses for Medicare beneficiaries with lower incomes who would pick the lower-priced plans that could have high deductibles, limited benefits and restrictive provider networks. Here's the report from the AARP Public Policy Institute that breaks down exactly why this proposal could hurt seniors: http://www.aarp.org/ppi/info-2016/premium-support-and-the-impact-on-medicare-beneficiaries.html - Caroline D."

According to the report mentioned in the paragraph above, the concerns of AARP about this Congressional plan are quoted below:


How to Let Congress Know Your Opinion on These Changes

Since the above changes to Medicare have already been passed by the House of Representatives and are supported by the majority of Republican members of the Senate, they are likely to become law unless the American public lets their voices be heard.  If you want to keep the current defined benefit Medicare plans, rather than change to a voucher system and variable benefits, it is essential for every American to let the president and Congress know how you feel.

You can email the U.S. president at:  president@whitehouse.gov

Join AARP and support their lobbying efforts at:  aarp.org

This may not be the last attempt to undermine our Social Security and Medicare benefits.  You can stay current and contact your Congressional Representatives about ALL the bills which come before Congress on the non-Partisan site called Countable: https://www.countable.us/

If you are interested in staying up-to-date on retirement information, discover where to retire, learn about common medical issues, or more, use the tabs or pull down menu at the top of the page to find links to hundreds of additional useful articles.


You are reading from the blog:  http://www.baby-boomer-retirement.com