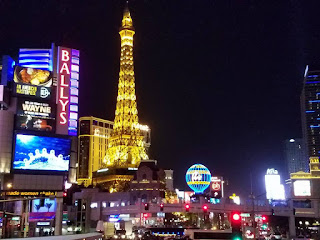 Gambling addiction is becoming a dirty little secret among retirees who do not want to admit they could have a problem.  Sadly, however, there is evidence of it in nearly every casino in America and almost everything the casinos do is designed to fuel that addiction ... from the exciting environment to the free drinks.

A few years ago, my husband and I were in Las Vegas for a family reunion.  While walking through the MGM Grand casino to get to the swimming pool, one of my young grandsons asked, "Why are there so many old people at the slot machines?"  Although my grandson was not aware of it, casinos are now actively marketing to older Americans and many of them are developing serious gambling addictions as a result.

Few People Admit Their Losses to Families and Friends

Over the years, I have noticed that no one ever seems to lose money at the casinos ... at least from what they tell their family and friends.  Everyone is always excited to tell their friends when they win a big jackpot ... or even a small one.  Other times, however, they will only say they "broke even" or were down "a little," but they had so much fun it was worth the small cost because they view it as entertainment.

However, all those glamorous casinos spread around the U.S. were not built because the casinos are losing money.  It is their patrons who are ultimately the big losers ... with just enough winnings to keep people coming back.

The Attraction of Casinos for Older Americans

According to an October, 2016 AARP Bulletin article titled "The Casino Trap,"  nearly half of the 101 million visitors to American casinos are age 50 and older.  U.S. casinos reported over $66 billion in gambling revenue in 2014 and a substantial amount of that came from older gamblers.

Only a few decades ago, nearly all casinos were located in Las Vegas or Atlantic City, NJ.; however, today there are approximately 1,400 casinos in 40 states.  This makes it much easier for almost everyone, even those who are too poor or infirm to travel long distances, to find a casino near them.  In addition, the casinos frequently send shuttles to retirement communities and senior centers to pick up gamblers for the day.

Regular gamblers are also given a wide variety of perks including cheap or free hotel rooms, discounted or free meals, free drinks, entertainment and prizes.  Many lonely retirees view these excursions as a fun way to overcome their boredom and get a cheap trip away from home.  Unfortunately, for many of them, the trips are much more expensive than they would like to admit.

The Older You Are, The Easier it is to Become Addicted to Gambling

One of the most addictive forms of casino gambling are the slot machines ... sometimes referred to as electronic crack.  Psychiatrist Hans Breiter, formerly of Massachusetts General Hospital in Boston, used MRI scanners to confirm that people playing slots have a similar reaction in their brain to people using cocaine.

There are other reasons, however, for people to easily become addicted to casino gambling.

They may be trying to get relief from loneliness, boredom or grief over the loss of their spouse or friends.

People who are in the early states of cognitive decline or dementia can be especially vulnerable to becoming addicted to the repetitive activity and stimulation of slot machines.  They can also begin to lose their sense of the value of the money they are spending.

Especially interesting has been the discovery that compulsive gambling can be the side effect of certain medications, particularly those used to treat Parkinson's Disease.  As many as 10 to 15 percent of people on Parkinson's medications could develop gambling problems which subside when the medications are removed.  No one knows what other types of medications could also make the elderly more susceptible to becoming addicted to gambling or other behaviors.

People also become addicted because the casinos assign VIP hosts to big gamblers in an attempt to attract them to the casinos and keep them gambling once they get there.  The more the gambler loses, the more the host earns in bonuses, so they often lavish abundant attention on their clients in order to keep them playing.  For lonely people, the attention itself can become addictive.

Casinos Deny That They Contribute to the Problem

Of course, casinos themselves insist that they try to prevent gambling addictions.  They leave brochures in hotel rooms that encourage "problem gamblers" to call an 800 number in order to get help.

People are also able to put their names on a self-exclusion list so they will no longer be encouraged to visit the casinos with promises of free trips and other perks.  However, this will not not keep them from going to a casino and gambling anonymously, using a friend's players card, or visiting casinos where their name is not on the self-exclusion list.

If you suspect that your spouse, parent or another family member could be addicted to gambling, you may wish to call Gambler's Anonymous, talk to their family physician, or discuss the problem with other family members.

Are you interested in learning more about subjects which could affect us as we age?  Use the tabs or pull down menu at the top of the page to find links to hundreds of additional articles on financial planning, where to retire, Medicare, Social Security, and more.