How Much Retirement Income Will You Have? 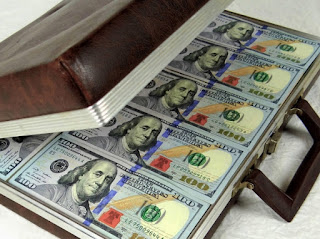 If you are getting close to retirement, have you taken the time to estimate how much retirement income you will have?  Will it be enough to maintain your lifestyle?  Will you be able to live where you want?  Travel?  Take care of medical expenses?

The truth is that the vast majority of retirees will barely have enough money to take care of their basic needs.  Of course, there are steps you can take to improve the quality of your retirement, but first you need to know how much retirement income you will have.  Once you have figured that out, then you can decide how to fix any shortfalls.

The amount of benefits increases slightly each year and varies depending on the individual.  However, most people find it is significantly less than they have earned during their working years.

If you have had a high income, earning over $118,000 a year or nearly that amount for the decade before you retire, then the maximum amount you could receive in Social Security benefits if you retire at your full retirement age of 66 or 67 in 2016 would be $2,639.   If your dependent spouse also waited until their full retirement age to collect based on your benefits, they could receive half that, or $1,320.  This means that a high earning couple with one spouse paying the maximum into Social Security could have $3,959 a month or $47,508 a year in retirement income.  While this is far better than the couple receiving only the average amount of Social Security benefits, it would still be substantially less than the $118,000 a year this couple was accustomed to have for their living expenses.

For each year between ages 67 and 70 that the breadwinner postponed their retirement, the amount of their benefits would increase by 8 percent ... for a maximum of a 24 percent increase.  This would bring the total benefits for a couple up to $59,385.  This is a nice increase, but the breadwinner would have to work several more years to receive this amount, and it would still only be about one-half of their pre-retirement income.  The reality is that only about 1 percent of retirees wait until the breadwinner is 70 years old before they begin to collect their Social Security benefits.

Unfortunately, most people do not come anywhere near receiving the maximum amount of retirement income from Social Security.  Approximately 48 percent of women and 42 percent of men begin to collect their benefits at age 62, which means they receive about 25 to 30 percent less than they would if they had waited until age 66 or 67 ... or approximately $1,500 a month for the average couple ($18,000 a year) and only $3,000 a month ($36,000 a year) or less for a high earning couple.

If this is not enough money for you and your spouse to live on, then you will have to supplement your Social Security benefits with your savings or by continuing to work well into your senior years.

Calculating Your Possible Income from Money You Have Saved

Investment advisors recommend that people who want to make sure that their retirement funds last the remainder of their lives start out by withdrawing no more than 3 to 4 percent a year from their account, with modest adjustments as the years go by, depending on how much their balance increases in value in the future.  This means that a couple with the average balance in their retirement account of $177,805 who decides on a modest 3.5 percent withdrawal rate would have an income of $6,223 a year or an extra $518 a month that they could use to supplement their Social Security benefits.

The actual income from retirement savings will vary depending on how successful you have been at saving money in the years prior to retirement.

How Much Total Retirement Income Will You Have?

Based on the numbers above, an average American couple who has managed to save the average amount of money will have a retirement income of approximately $30,739 a year from the combination of Social Security and withdrawals from their savings.

Of course, single individuals will only have their own Social Security benefits or those of their former spouse, if they are a widow or widower.  Consequently, the retirement income of single people will be significantly less than that of a couple, although their expenses will also be less.

What if This is Not Enough Retirement Income?

If you have done the calculations and are starting to realize that your retirement income will not be adequate to live on when you retire, you should start making adjustments early.  Some of the things you can do are:

Cut your expenses by reducing your lifestyle now, including downsizing to a smaller home.

Pay off your home, car and other debts prior to retirement.

Save as much money as possible to increase your retirement income.

Postpone retirement until the breadwinner is 70 and the spouse is at their full retirement age of 66 or 67.

If you are interested in learning more about financial planning, where to retire, common medical issues, Social Security, Medicare and more, use the tabs or pull down menu at the top of the page to find links to hundreds of additional articles.

Photo credit:  morguefile.com
Posted by Deborah-Diane at 7:39 AM