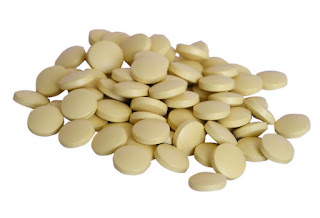 If you are one of the millions of Americans who use over-the-counter painkillers to cope with chronic pain from arthritis, injuries, headaches or minor aches and pains, it is important that you know the risks and which painkillers are less dangerous than others.  While many people believe there is no harm in taking these medications on a daily basis, they may be shocked to discover just how dangerous they are.

The over-the-counter NSAIDs, or nonsteroidal anti-inflammatory drugs, known as Advil, Motrin and Aleve, appear to be particularly dangerous for large numbers of people.  This is also true for generic or store brand versions of these drugs.  Here are some of the risks people take when they use these drugs on a regular basis:

These risks even affect people who do NOT have heart disease!  In addition, the increased risk can occur as early as the first few weeks after you begin taking one of these drugs and goes up the longer you take it and the higher doses you use.

How Much Do NSAIDs Increase Your Risk of a Heart Attack?

It is important to remember, however, that even a 10% increased risk from the over-the-counter dosages is significant for someone who already has heart disease.  If you do take one of these medications, it is important to take the lowest dosage for the shortest time possible.

Which NSAID is the Least Risky?

The FDA statement on the NSAIDs indicated that Aleve (naproxen) appears to be the "least likely to increase the risk of stroke and heart problems."  However, Aleve is also the NSAID that is the most likely to cause stomach bleeding, so that is something for consumers to consider, as well.

What are the Best Alternatives to NSAIDs?

Instead of using Motrin, Advil, Aleve, Celebrex or Voltaren, most people can receive the relief they need by switching to aspirin or Tylenol (acetaminophen), or using alternative methods of pain relief, such as yoga, acupuncture, massage or physical therapy.   If using aspirin or acetaminophen, you still need to be cautious about the quantities used in order to minimize the risk of stomach bleeding.

If you are interested in getting additional information on medical issues affecting Baby Boomers, where to retire, financial planning, family relationships and more, use the tabs or pull down menu at the top of the page to find links to hundreds of helpful articles.