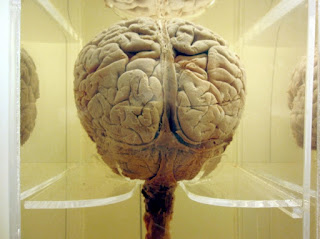 Many experts believe that if someone lives long enough, it is virtually inevitable they will develop some type of dementia, most likely Alzheimer's.  While many of us express the desire to live a long, healthy, active life, very few of us like the idea that Alzheimer's will be a part of that scenario.

The University of California - Irvine has been studying people who are 90+ or the "oldest of the old" for over 30 years, and the results of their research has been included in this blog.  Meanwhile, Stanford University and several other well-known research universities have been doing their own research on Alzheimer's and dementia.

Dr. Frank Longo, chairman of the Department of Neurology and Neurological Sciences at Stanford University, heads up their research into treatments for Alzheimer's.  So far, although over 200 Alzheimer's drugs have been developed and tested in the U.S. since 2000, none of them have proven successful at stopping or reversing this disease. In a few cases, some of the drugs have shown a little promise in relieving the worst problems related to memory loss and confusion.  However, much more needs to be done.

Dr. Longo is frustrated by their limited success.  He reports, "My biggest frustration is that we've cured Alzheimer's in mice many times.  Why can't we move that success to people?"

Longo is now studying a drug known as LM11A-31 (or C31) that shows promise.  Rather than trying to erase the plaques of amyloid that seems to be present in most cases of Alzheimer's, this drug attempts to keep brain cells strong enough that, hopefully, they will be protected against neurological onslaughts, whether they are caused by amyloids or other factors.  This is a new, but important approach, because about 30 percent of people over 70 have amyloid in their brains but no signs of dementia.  In addition to amyloids, another Alzheimer's related protein is called tau.  Tau usually appears in the late stages when memory, organized thinking, and language have already begun to decline.

Approximately 1/3 of Americans over the age of 85 already are afflicted with Alzheimer's.  Around the world, 50 million people are living with some form of dementia.  Within 20 years, that number is expected to double.  Within three years, the global cost of caring for people with dementia could reach over $1 trillion.

Doctors are now able to do brain scans that can identify whether or not someone has amyloid deposits or tau in the brain.  However, they do not have a way to remove either problem, even if they see it in the scan.  That is why Longo's drug, C31, could be game changing.  If this drug is able to successfully slow down or stop the deterioration of nerve cells, it could enable doctors to prevent some of the damage caused by the amyloid in the brain. In mice, this drug has even been able to reverse some of the damage that has already been done ... although researchers are not sure if it can restore lost memory.

Other avenues of research are also being pursued.  For example, researchers at the Rush Alzheimer's Disease Center have discovered that people who have higher levels of a nerve-growth factor called BDNF tend to retain their cognitive functions longer, even when amyloid builds up.  Those who have the most BDNF saw a 50 percent slower rate of cognitive decline.  So far, there are no drugs that will boost a person's BDNF levels, although that is another avenue of exploration.

While more research needs to be done, these studies at Stanford and other locations are encouraging.

You may also want to read more about the University of California at Irvine's 90+ Study on the Oldest of the Old.

Interested in more information about aging, health, where to retire or financial planning?  Use the tabs or pull down menu at the top of this article to find links to hundreds of additional helpful articles related to retirement and aging.