How to Avoid Poverty for Single Women Retirees 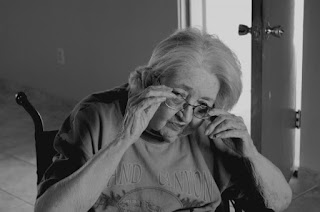 If you are a single women approaching retirement, you are at much higher risk of living in poverty as you age.  Approximately one out of three Baby Boomer women is either divorced or never married.  While they may have managed just fine on their salaries during their working years, the sad truth is that single women over the age of 65 who were never married, or who are divorced or widowed are three times more likely to be living in poverty.

The statistics are even more dire for minority single women than they are for Caucasian women, although a significant number of single women of all races are impacted.

Reasons for High Rate of Poverty for Single Women Retirees

There are a variety of circumstances that contribute to the high poverty rates for single women over the age of 65.

*  Women who live with a spouse benefit from his Social Security benefits and pensions while he is alive.  In addition, they are eligible to receive their own payment that equals about one-half of their husband's Social Security, depending on the wife's age when she begins to collect.  If she becomes widowed, her Social Security benefits will usually be increased to close to what her husband was receiving before he died.  She may also have access to the proceeds of private pensions and investments.  Single women do not have the benefit of receiving as much income from a spouse.  Even if they are divorced and were married over ten years, at most they can only collect half of what their former spouse received in benefits, with no increase if he dies before her.

*  In general, women earn less than men, so the amount they have paid into Social Security and the amount they will collect based on their own earnings is often substantially less.  They are more likely to be in either lower paying or part-time jobs.  If they are unmarried at the time of retirement, their benefits are likely to be much lower than the benefits men receive.

*  Women often spend less time in the workforce because they are frequently expected to drop out periodically to act as caregivers ... either for their children, their parents or other members of their family.  On average, women caregivers take 12 years out of the workforce, which dramatically reduces their lifetime earnings and Social Security benefits.  This can have a devastating effect on retired women, since half of elderly women depend on Social Security as their only source of income.

*  In addition to qualifying for lower Social Security benefits, women also tend to have much less money saved in private retirement accounts and pensions.

*  Women tend to live about 3 to 4 years longer than men, on average, which means their meager savings must last longer.

*  Marriage rates continue to decline, which means the issue of poverty in retirement for single women is likely to continue for generations.  In fact, it is estimated that 25% of young adults will never marry.  When this is added to the number of women who will be divorced or widowed, many young women are likely to face the same situation as the women in the Baby Boomer generation.

Currently, no one has come up with a solution to the issue of how to help single, elderly women retirees.  Here are some of the ideas that are being tossed around:

*  Expand Social Security benefits for people over the age of 80 or 85 ... an age group that is primarily female.

*  Change the way Social Security benefits are calculated so that women get credit for those periods of time when they are working as full-time, unpaid caregivers for their children, parents or other family members.

*  Giving everyone either a flat minimum payment or a means-tested minimum benefit, regardless of their marital status or how much they have earned during their working years.

What Women Can Do to Lower Their Own Poverty after Retirement

Many women who are struggling to make ends meet month after month may not be able to do very much to improve their situation.  However, until the government makes changes, there are a few things women should try to do, if possible:

*  Work full-time rather than part-time, for as many years as possible, to increase the amount of Social Security benefits they will receive in the future.

*  Look for jobs with the government or employers who provide a private pension or match contributions to a 401(k).

*  Contribute to an IRA or other pension plan.

*  Delay retirement until age 70 in order to maximize their Social Security benefits.

Other Help for Low Income Retirees

In addition, there are programs available to help low income retirees.  You may be interested in reading my article on this topic:

"The Next Social Security Crisis: Why American Women are Bearing the Brunt of the Retirement Crunch,"  Time Magazine, August 3, 2015, pg. 48.

If you are interested in more information about financial planning for retirement, where to retire, health issues, family challenges and more, use the tabs or pull down menu at the top of the page to find links to hundreds of additional articles.

Photo credit:  Morguefile.com
Posted by Deborah-Diane at 7:43 AM