Are Cruise Ships Safe for Your Next Vacation? 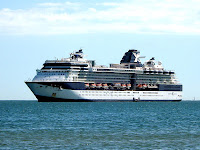 One of the preferred vacation venues for many Baby Boomers, as well as people in other age groups, is to travel by cruise ship.  It is incredibly convenient to travel between locations without the necessity of changing hotels or dealing with rental cars in unfamiliar locations.  In addition, it is nice not to have to worry about where to eat, where to find a hair salon, how to arrange for sight-seeing tours or any of the other concerns that can come up when we are traveling on our own.

However, the cruise industry has also received a lot of bad publicity in the past few years, causing concerns about cruise ship safety to receive international attention.  Perhaps the best known event was the tragic accident when the Costa Concordia hit rocks and sank off the coast of Italy in January, 2012, killing 32 people.  Less dramatic events have included people falling (or being pushed) overboard, on-board fires, flu outbreaks, loss of power, overflowing toilets, bad weather and similar problems and disasters.  These events have led many travelers to wonder if the risk is worth the reward.

Fortunately, despite the headlines, cruise ships actually have an excellent safety record.  According to the Cruise Lines International Association (CLIA), more than 17 million people a year take cruises, virtually all of them without a problem.

Still, crimes do happen.  In 2012, the Coast Guard reported that they investigated 15 crimes on cruise ships.   Eleven of those investigations involved sexual assaults, with crew members being suspected in six of those cases.  In addition, a number of cruise ship crimes are not investigated by members of the Coast Guard, but by Bahamian authorities, because many ships are registered in that country.  Problems occur with ships registered in other countries, as well.  One analysis by researchers of all the cruise ship crimes reported worldwide for 2008 indicated that there were 151 reports of unwanted sexual contact or touching, with 56 of those cases involving a crew member ... either as the victim or the aggressor.  This appears to be the most common type of crime to occur on a cruise ship.

While any level of crime is unacceptable, when you consider the small number of crimes compared to the 17 million people traveling on these ships, the fact is that crime rates are significantly lower on sea than on land.   However, in order to improve our knowledge of criminal activity on board ships, Senator Jay Rockefeller of West Virginia sent letters in May, 2013 to three of the major cruise lines, Carnival, Norwegian and Royal Caribbean, demanding that they do a better job of reporting crime statistics.  Senate hearings are expected to eventually be held on this topic, although they haven't been scheduled as of this writing.

How to Increase Your Cruise Ship Safety

Of course, no matter how low the crime rate is, most of us would prefer to not be the victim of a crime during our vacation.  Fortunately, there are actions you can take in order to increase your personal safety and enhance your vacation fun.  After all, nothing can ruin a cruise faster than falling victim to a crime, being injured, or having similar vacation hassles.  By taking a few precautions, you can increase the likelihood that you will avoid many emergencies and be able to survive the few situations that you cannot avoid.  Here are a few actions that are highly recommended:

Participate in the onboard safety drill.  The crew members will let you know where your lifeboat is located and may have you try on your life jacket.  Don't skip this activity.  While it is unlikely that you will ever need either your lifeboat or life jacket, you definitely want to know where they are before an emergency!

Try on your life jacket and make sure you have enough life jackets in your cabin, in the correct sizes, for everyone in your cabin.  If your kids or grandchildren are with you, make sure they have jackets that are the right size for them, too.

Be aware of fire hazards.  When my husband and I took our children on a cruise to the Bahamas about 15 years ago, we were watching a magic show in the theater when a fire started in an area behind the stage.  Everyone calmly evacuated the theater, which was then closed for the remainder of the cruise.  However, if the fire had spread or people had panicked, this event could have turned into a disaster.  Fire is a serious concern for cruise ships.  According to reports, fires have been started by people who threw their cigarette butts over the side, only to have them get sucked back into the ship.  Consequently, it is important that you only smoke in designated areas and dispose of your butts correctly,  In addition, don't light candles in your cabin!

Register your name with the U.S. Department of State's free Traveler Enrollment Program.  This will help if you are in a foreign port and you need assistance in an emergency.

Check the U.S. Department of State's website for travel warnings about any foreign countries you may be visiting on your cruise.  You should take these travel warnings into consideration in planning your trip.  We once went to Puerto Vallarta when the local citizens were rioting over the death of a teenage boy who had been killed by the police.  We also visited Jamaica during a time of so much political instability that guests had been killed in our luxury resort just a few days before our arrival.  In neither case did we have any idea that these things were going on before we arrived.  I would advise other travelers to be a little more responsible than we were and check the State Department's website before planning a trip to any foreign country, whether going by sea or by air.

Give thoughtful attention to your shore excursions.  If you take a group excursion that has been arranged by your cruise company, you are unlikely to have any problems.  However, if you decide to rent a car and go exploring on your own in an unfamiliar country, you need to do some serious investigating in advance to make sure you know where you are going and that you will be in a relatively safe area.  You also want to make sure you allow ample time to get back to your cruise ship before it sets sail, again.  They won't wait for you!

Do not take valuables on your cruise.  I have heard of a number of cases of people who had belongings stolen while they were on a cruise ship.  Just because you are on vacation does not mean that you can let down your guard.  You need to practice the same personal safety precautions that you would anywhere else.

Be aware of the risk of sexual assaults.  Women should be cautious about about being approached by strange men.  Despite the old television show, the "Love Boat," onboard romances do not always turn out well.  In addition, do not leave children alone in cabins.  There have been a few incidents reported of crew members letting themselves into cabins and molesting unsupervised children.  Overall, however, incidents of sexual assault do appear to be on the decline.  In 2010, there was 28 cases reported to the FBI.  In 2011, there were 13.  In 2012, only one case had been reported by mid-year.  Modern cruise ships have security cameras and sophisticated security departments, which have increased their safety.  Still, it is wise for women and children to be a little extra cautious and avoid being left alone in deserted areas of the ship, especially at night.

Exercise good judgement and limit your alcohol consumption while on vacation.  Some people feel that a cruise is their opportunity to really let loose.  However, many accidents, injuries and incidences of sexual assault have occurred when the victim was drunk.  Simply by keeping your alcohol consumption at a reasonable level, you can do a lot to reduce the likelihood that something bad will happen on your cruise.

Don't forget your personal hygiene while you are on vacation.  There have been outbreaks of the flu and other communicable diseases on many ships.  On the cruise we took to Alaska a few years ago, there were hand sanitizing stations located at the entrance to every food establishment and ship personnel stood nearby and encouraged the guests to use the sanitizers.  You may also want to pack hand sanitizers or sanitizing wipes in your luggage, to reduce your exposure to harmful bacteria.

Take typical weather conditions into consideration.  August and September are the most likely months for hurricanes to pop up in the Gulf of Mexico and Caribbean.  Unless you are very adventurous, you may want to take that knowledge into consideration when planning your cruise.

Buy travel insurance.  If you encounter serious problems on your cruise, your travel insurance plan may be able to assist you in arranging a medical evacuation or a security evacuation in the event of a natural disaster.  They also provide coverage for trip cancellations, travel delays, lost luggage and other common travel problems.  This is one way to make it easier for you to deal with any problems that do come up on your dream summer cruise.

Bottom line:  Overall, cruising is one of the safest forms of vacation travel available and, by taking a few reasonable precautions, you can sharply reduce the likelihood that you will have any problem at all.

If you love to cruise, you may also be interested in checking out this direct link to cruise vacation information on Amazon.com.

If you are recently retired or planning to retire soon, you may be interested in looking through the index articles below.  Click on one and you will find a brief introduction and links to more articles on that topic.

Photo of cruise ship courtesy of www.morguefile.com
Posted by Deborah-Diane at 2:45 PM