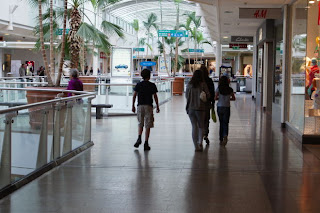 With so many Baby Boomers either divorced or widowed by the time they reach retirement age, many are looking for fun, affordable and interesting places to live when they retire.  They want places to meet other seniors, good spots for walking both indoors and outdoors, restaurants, entertainment, sports teams, cultural activities and diversity.

AARP has created a list of the cities which they believe have a lot to offer single Baby Boomers, both those who are still working, as well as those who are retired.

Criteria for the Best Retirement Cities for Single Baby Boomers

AARP used as their criteria cities that are either recognized for their friendliness or their tolerance of newcomers, communities where a large percentage of the residents are over the age of 65, places where there are plenty of interesting things to do, and cities known for their excellent health care choices.  While most of the cities also have a moderate cost of living, some of the cities on their list, such as San Francisco and New York, are quite expensive.  However, AARP decided to include them because they have so many other good attributes.

Before moving to any of these cities, seniors will want to do their research.  There were a couple of areas that particularly concerned me with this AARP list. Nearly all of these cities have at least some areas with high crime rates.  St. Louis, for example, was rated according to FBI crime statistics as the most dangerous city in America, just a couple of years ago. Many of these cities also have problems with traffic and air pollution.  It would be wise to spend some time visiting and getting to know these cities before buying a home or making a financial commitment.

This waterfront city has the nickname "Charm City."  It has historic neighborhoods, and a friendly atmosphere.  It is near Washington, DC, but it tends to be more affordable.  You can enjoy a wide range of restaurants, theaters and sporting events either in Baltimore or nearby Washington.  The median home price for a single family home is $277,640 and the median household income is about $40,000, which is within the reach of many retired singles.

The Twin Cities, as they are known, have one of the nation's lowest death rates from heart disease.  The area is known for its friendliness, abundant parks, and numerous outdoor activities.  It also has a world class symphony, theaters and plenty of active, energetic people of all ages.  The median price of a home is $225,000 and the median household income is about $63,000.

St. Louis is a charming city that has been rated one of the most liveable cities in America.  It also has a high crime rate. On the other hand, there are sports teams, a symphony, an opera, museums and a large park system, including Forest Park.  The St. Louis Zoo is one of the top ranked zoos in the United States.  More than 10 percent of the population is over the age of 65.  It is also very affordable.  The median price for a single family home is $144,000 and the median household income is about $34,000.  I have a nephew who is a St. Louis fireman.  He owns a two-story duplex.  He lives on one floor and rents out the other, which keeps his cost of living very low.  There are thousands of these types of duplexes in the city, which provides a great opportunity for anyone living on a tight budget.

Cleveland is the home of the Rock 'n Roll Hall of Fame, and considers itself the Rock 'n Roll Capital of the World.  It also has a number of theatrical, ballet and dance companies.  In addition, it has a high percentage of residents over the age of 65.  In fact, the suburb of Beachwood has over 32 percent of its population over the age of 65.  Home prices are also exceptionally reasonable, with the median price for a single family home only about $90,000.  The median household income is approximately $28,000.

Philadelphia is a friendly, historic city with a wide range of restaurants, a zoo, ballet, Museum of Art and many other places where singles can meet and mingle.  The city is also moderately priced, with a typical single family home costing under $200,000 and the median household income about $40,000.

Pittsburgh is an energetic city with a population that is growing younger rather than older.  In addition to the many cultural events, there are even programs that organize walking groups for residents over the age of 50.  The foreclosure rate is also very low in this city where the median home price is only about $125,000 and the median household income is around $40,000.

Milwaukee is a fun, friendly city that is more like a collection of small villages.  There are plenty of local restaurants and bars where people get together, in addition to the symphony and several museums.  The median home price is $140,000 and the median household income is around $37,000.

While Boston gets more than its fair share of harsh winter weather, residents seem to enjoy living there.  The city boasts world class universities, sports teams and cultural opportunities.  While traffic can be terrible, the excellent mass transportation makes it much easier to access the various parts of the city.  Boston is more expensive than some of the other cities on this list, with the median price of a home $467,000 and the median household income about $52,000.

San Franciso is a very single friendly city, although it has a high cost of living.  It also has a very diverse population, including a large number of gay and lesbian residents.  This tolerant city has plenty of restaurants, clubs, museums and sporting events.  My husband and I just spent Christmas Eve in San Francisco with our family, and had a delightful time in the city.   Affluent retirees will have a lot of fun here. The median home price is $1,000,000 and the median income is $75,000 ... although many of those residents have either owned their homes a long time, are renters, or they belong to the new class of affluent residents.

Very little needs to be said about all the diversity, excitement, cultural opportunities and sporting events that New York City has to offer.  It can also be affordable if you are willing to live in one of the boroughs other than Manhattan ... for example, in Queens or the Bronx.  Overall, the median home price in New York is $575,00 and the median household income is about $52,000, although both vary widely.  In Manhattan, the median home price is closer to $1,000,000.

If you would like to learn more about these great cities for single seniors, read the full AARP article at: http://www.aarp.org/home-family/livable-communities/info-06-2012/great-cities-for-older-singles.html

If you are looking for more information about where to retire, financial planning, health issues and family relationships, use the tabs or pull down menu at the top of the page to find links to hundreds of additional helpful articles.