Why Retire in Puerto Rico, the US Virgin Islands or Guam 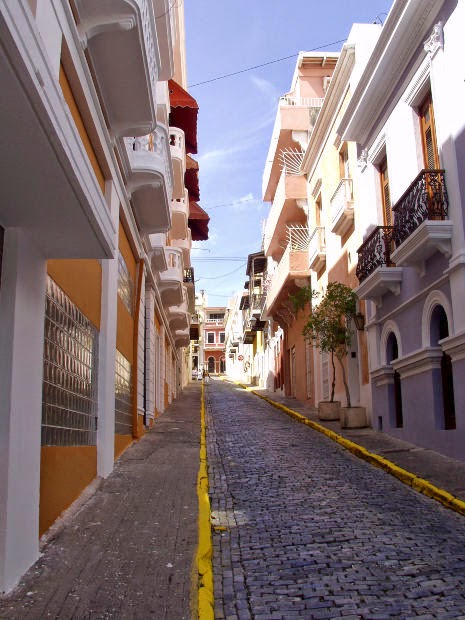 According to a MarketWatch article mentioned in finance.yahoo.com, entitled "7 Money Matters to Consider if Retiring Overseas," there are more Americans than ever who are making plans to retire to another country.  They don't want to give up their U.S. citizenship; they just want to try living somewhere that is less expensive.

Since many Americans lost a large part of their retirement funds in the past decade, the desire to live in a cheap, exotic location is greater than ever. In fact, The Social Security Administration reports that the number of people receiving their benefit checks overseas has grown from 242,000 in 2002 to 613,000 in 2014.

The Market Watch article listed some of the issues that Americans should consider before they make a move to another country, and the author repeated over and over again the importance of getting professional assistance and expert advice from attorneys and estate planners who have experience in this area.  In fact, you may want to first consult an American attorney, and then work with attorneys, accountants and tax professionals in the country where you plan to reside.

Professional Assistance is Needed for these Issues:

Retire to the American Territories of Puerto Rico, the US Virgin Islands, American Samoa, Northern Mariana Islands or Guam

If dealing with these legal and financial problems overwhelms you, it is important to know that you can move somewhere inexpensive and exotic without the complications mentioned above.  Rather than live in another country, you could choose to move to one of the U.S. territories.  Living in Puerto Rico, the U.S. Virgin Islands, American Samoa, the Northern Mariana Islands or Guam will give you all the advantages of retiring somewhere far away and romantic, without the necessity of learning a new language, finding foreign lawyers, securing foreign health insurance, and worrying about the complications of filing foreign taxes or owning property in a foreign country.

While living in Puerto Rico is not as cheap as living in a third world country, rents are affordable once you get outside of the major cities like San Juan.  You do not need a passport to travel to any of the US territories.  In Puerto Rico, there are no inheritance taxes.  If you buy land in Puerto Rico, consult with an attorney, and make sure that you have title insurance and a clear legal title to the land in order to avoid future legal complications.  However, the good news is that there are no restrictions on American citizens who want to own property in Puerto Rico.  Puerto Rico has beautiful beaches as well as gorgeous mountain towns.  There are a variety of climates from which to choose.  In addition, your Medicare is valid in all the US territories.

Like Puerto Rico, if you move to the U.S. Virgin Islands you do not need any special documents.  You can travel freely to and from these tropical islands.  Among the islands that make up the U.S. Virgin Islands are St. Thomas, St. Croix and St. John.  If you have a beloved pet, it is possible to bring it with you when you move to this Caribbean paradise.  Some cell phone carriers offer free long distance to the mainland.  There are currently no large malls on the islands, although there are a few popular stores such as Tommy Hilfiger and Polo.  The weather is fairly constant, with high temperatures normally in the 70's and 80's.  Severe rain is unusual.  There is no sales tax or state tax.  New residents should also realize that this is a laid back, slow paced Caribbean territory, so don't expect things to happen on a mainland schedule.

Living in Guam and the nearby Northern Mariana Islands

Guam, in the northwestern Pacific Ocean, along with the other Northern Mariana Islands, is a beautiful island territory that is often compared to the smaller, less populated islands of Hawaii.  Pets can be brought here after a short quarantine period.  It is a pretty island, and the high temperatures are typically in the 70's and 80's.  It is a popular area for anyone who loves to scuba dive or snorkel.  It is very laid back, with low speed limits and slow moving traffic.  It is also only a four hour flight to Japan and South Korea, if you want to vacation in one of those destinations.  There is a large U.S. Navy base located on Guam and, like the other territories, U.S. laws are enforced there.

Another option is to move to American Samoa, in the South Pacific.  The disadvantage is that it is along way from the mainland of the United States and it is an expensive flight home.  However, most of the 55,000 to 60,000 residents speak English as well as Samoan and it is a very patriotic location, with the highest level of military recruitment of any state or territory.

If you are interested in other overseas retirement destinations that are outside the US, use the tabs or pull down menu at the top of this article for links to hundreds of additional articles.  You may also want to read:

Best Places to Retire Outside the US
Americans Retiring in Panama
Live in Ecuador Comfortably on Social Security
Retiring in Luxury to Hua Hin, Thailand

You will find additional articles using the tabs at the top of this page ... particularly the one that focuses on places to retire overseas.

Photo or modern Puerto Rico courtesy of www.morguefile.com
Posted by Deborah-Diane at 4:40 PM