Best Places to Retire Outside the US 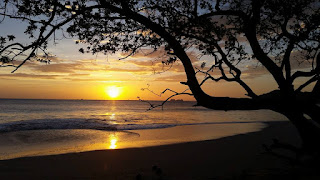 I recently wrote a post about the advantages of retiring in the country of Panama, and I have also written posts about the most affordable places to retire and the sunniest places to retire in the United States.  Now it's time to broaden our horizons and consider some places where Americans are moving overseas in order to retire overseas.

While moving to another country is not to be taken lightly, it is not an unusual decision.  Currently, over 600,000 Americans are receiving their Social Security checks in another country.  This figure does not include those people who have their checks deposited into a bank in the U.S., and use ATMs to withdraw it in other countries.  This is especially popular for people who only live overseas part of the year ... a growing trend.

AARP.com has recently compiled a list of countries that are affordable, beautiful, have good health care and that welcome retiring Americans.

Here is the AARP List of Best Places to Retire Abroad:

Argentina:  Buenos Aires is called the Paris of South America.  It is an elegant, European style city.  Rents in neighborhoods that are popular with ex-pats range from $800 - $2200 a month.  It is a sophisticated city for people who want to live in an affordable, upscale urban area.

Belize:  Formerly known as British Honduras, this Central American paradise is famous for its beaches and beauty.  The official language is English.  Retired persons can be put on the fast tract to residency.

Costa Rica:  The outlying towns in Costa Rica have temperate climates, exceptional beauty, lovely beaches and misty rain forests.  A friend of one of our daughters moved to Costa Rica from New York City three years ago to teach school, and has decided to stay permanently.  She constantly tells us how lucky she feels to live in Costa Rica.  She and her husband live comfortably on less than $2000 a month.

France:  The Mediterranean region of France is particularly popular with American retirees.  The Languedoc-Roussillon area in the Southwest is more affordable than many other regions, yet it is only three hours from Paris by high-speed rail.  In fact, living in Europe is very appealing because it is so easy to use the rail system and travel all over the continent and into Great Britain.

Italy:  In this country famous for its art, culture and beaches, Tuscany has long been popular with Americans.  However, Tuscany has become quite expensive, so now ex-pats are discovering LeMarche on the Adriatic.  Here you will find lovely vineyards, fabulous beaches, and snow-capped mountains, as well as amazing food.

Mexico:  When my husband and I were young,we seriously considered moving to an American community in the Lake Chapala region of Mexico, in the mountains between Guadalajara and Puerto Vallarta.  Since then, however, we have been to Puerto Vallarta several times, and have heard that this beautiful city on the sea is drawing more retirees than ever.  Real estate is a bargain, compared to similar locations in the United States, and you can enjoy the gorgeous beaches and modern amenities.  Other areas of Mexico are also still popular with foreign retirees, including Lake Chapala, which still has a thriving American community, and San Miguel de Allende.  In fact, San Miguel has a bustling community of American ex-patriots and boasts retirement communities, assisted living facilities, hospitals and more.

Nicaragua:  The dollar goes particularly far in Nicaragua, making this one of the more affordable choices for American retirees.  While the capital city of Managua is rundown, the historic city of Granada or the resort town of San Juan del Sur are both lovely and affordable.

Panama:  I wrote a blog post specifically about retiring in Panama just a few weeks ago.  That article mentioned that many American retirees are moving to the affordable beach communities that are some distance away from the capital of Panama City.  This AARP article mentions the advantages of moving to the mountain village of Boquete as another possibility in Panama.  One aspect that Americans in Panama appreciate is that the U.S. dollar is the official currency in Panama, which makes it easy to handle your finances.

Portugal:  Retiring in Portugal can feel a bit like going back in time, with its castles and cobblestone streets.  However, you can also find plenty of golf courses, beaches and popular resorts, so you do not need to do without modern amenities.  Portugal is also less expensive than other areas of Western Europe.  The town of Cascais seems to be particularly popular with retiring Americans.

Spain:  Many American retirees are attracted to the quaint villages and spacious beaches in the Costa del Sol region of Spain.  There are currently some exceptional real estate deals in Spain, which makes it particularly affordable for relocating Americans.  There is no sales tax, and property taxes are very low.  There are golf course, hiking clubs, and a large ex-patriot community.

If there are other countries that you believe would appeal to retiring Americans, feel free to mention these places in the comments section below.

If you are interested in additional information about where to retire in the US or overseas, financial planning, medical issues that could arise, and changing family relationships, use the tabs or pull down menu at the top of this page to find links to hundreds of additional articles on these topics.

You may also be interested in reading one of the following articles:

Americans Retiring in Panama
Why Retire in Puerto Rico, the US Virgin Islands or Guam
Live in Ecuador Comfortably on Social Security
Retiring in Luxury to Hua Hin, Thailand