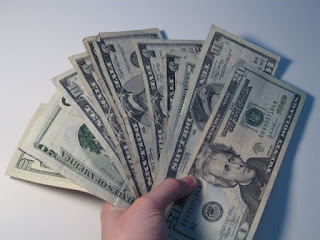 How financially prepared are you for retirement?  Are you doing as well as the average aging Baby Boomer or are you falling short?  Have you thought about all the issues which could affect your financial situation?  Many people wonder how much it will cost them to retire, how long they need to be able to support themselves after they stop working, and what financial issues they need to consider when they reach retirement age.

Below are some shocking statistics about how people are doing in preparing for retirement in the United States.  These statistics may reassure you, because you have planned well, or help you see where you could make some improvements.  Either way, they should help you have fewer surprises when you retire.

If this information alarms you, you may want to read a helpful retirement guide such as The Five Years Before You Retire.  It is a great way to get your financial planning on track and help you avoid some of the pitfalls mentioned below.

*  You may need to work after retirement.  About 9,000,000 senior citizens are still working, according to 2017 statistics.  This number has climbed dramatically over the past few decades, especially since the last recession, which was a serious setback to many Baby Boomers.

*  If it isn't too late, you should probably start saving money at a younger age.  Three-fourths of retirees are concerned that they do not have enough money saved for retirement.  Most of them regret they did not save more and/or that they did not start saving when they were younger.  This is helpful information for those people who are still years away from retirement.  However, even if you are close to retirement, it is not too late to begin to save more now so your retirement years will be more comfortable.

*  You may not work as long as you expect to.  Inadequate savings is a particularly serious problem because nearly one-half of retirees report they left the work force younger than they expected to, either because of health problems or a layoff at their job.  Some left their jobs before they expected to because of other issues, such as the need to care for another person in their family.

In addition, most people do not receive the full amount of their promised benefit.  Medicare premiums are subtracted from Social Security benefits, reducing those benefits by $135 a month, or more.  If you purchase a Medicare Supplement, prescription drug coverage, dental and vision plans, etc., your Social Security benefits may be substantially decreased before you begin to pay for food, housing, utilities, out-of-pocket medical costs and other bills.

Over time, you will also have to pay for occasional large expenses, such as the deductible on a hospitalization, purchasing a new car (or making repairs on an old one), replacing items in your home, etc.  This is why it is essential to have as much savings as possible before you retire.

*  Fortunately, some retirees will have higher than average Social Security benefits. This is good news for people who were successful both during their careers and in preparing for retirement.  If you had a high income during your working years and postponed your retirement until age 67 to 70, then your Social Security benefits may be in the range of $2,700 to $3,700 a month.  However, those people are also the ones who are likely to have the most savings.  The average retiree does not fall into this category.

*  Social Security and Medicare are in financial trouble.  The government continues to postpone dealing with the problem that both the Social Security and Medicare trust funds are running out of money.  Although there will always be money from current workers which can be used to pay a significant portion of the promised benefits, future retirees may see their Social Security benefits cut and their Medicare premiums rise. The only way an individual can protect himself from this potential disaster is to have savings set aside.

*  The long-term Social Security income for retirees tends to fall behind the inflation rate.  Over the past few years, cost-of-living increases have been non-existent or very small and have often been offset by increases in Medicare premiums.  As a result, many retirees have found it increasingly difficult to cover their housing and medical expenses. Look back at your own life.  How much have prices for cars, homes, utilities and food increased in the past 30 years?  If you live another 30 years, you can expect the cost-of-living to increase just as much, but your Social Security benefits may increase very little during the same period of time.  You need a plan for how you will cover your expenses in another 20 or 30 years.

*  Old student loans may derail your retirement plans.  A lack of savings is not the only financial burden for retirees.  Student loan debt for people over the age of 60 has increased between 20 and 45 percent over the past five or six years.  A significant number of senior citizens are retiring while still paying off the student loans they took out to help get their children through college.  This can be a significant financial burden, especially when they may also still have a mortgage, credit card debt, auto loans or similar expenses at the time they retire.

*  Many senior citizens help their adult children financially.  Whether you make their student loan payments, their car payment, or help pay for your grandchildren's college education, a significant number of senior citizens have discovered that they continue to help their adult children financially for years after retirement.  This can cause retirees to deplete their savings even faster than they expected.

*  A divorce could be a major financial setback.  Our children and our debts are not the only causes of financial stress during retirement.  Approximately one-fourth of divorced retirees report they are financially worse off than they would have been if they had not divorced.

*  You could be shocked by the high cost of medical care as you age.  One financial issue which surprised roughly 44 percent of retirees was that their medical expenses were as much as 27 percent higher than they expected them to be. In fact, the average 65 year old couple can expect to spend $280,000 for out-of-pocket healthcare costs over the remainder of their lifetimes.

Readers of this blog may want to use the tabs or pull-down menu at the top of the page to find links to a number of articles on the Medicare / Social Security tab to learn how to obtain their medical care for the lowest cost.  In particular, they may want to consider a Medicare Supplement which is an HMO, or they may want to check out a Medicare Advantage plan.  Do your research, so you are not surprised by this potentially huge expense during retirement.

Sources:  The Motley Fool compiled many of these statistics from various government and insurance company sources.  You can find more details at:  https://www.fool.com/retirement/2018/08/15/20-jaw-dropping-stats-about-retirement.aspx

Other information was based on government records and the experiences of the author and her retired friends.

If you are interested in learning more about Social Security, Medicare, finance, where to retire, common medical problems, travel and more, use the tabs or pull-down menu at the top of the page to find links to hundreds of additional helpful articles.