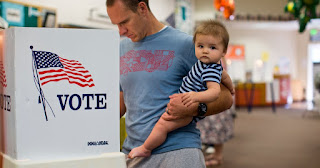 Rising prescription drug prices continue to be a major concern for both patients and health insurers, including those who deal with Medicare.  According to AARP, the average retail price for prescription drugs taken to treat chronic conditions has risen to approximately $13,000 a year.  How much of that is paid by the patient depends on their medical insurance or Medicare drug plan.

When the Kaiser Family Foundation polled patients about their medical priorities, lower prescription drug prices were at the top of the list.  This is understandable, since Americans pay the highest drug prices in the world and, according to AARP, the prices are increasing at a rate 10 times faster than inflation.

The key to changing this situation is electing the right people both to the Senate and the House of Representatives.  It is extremely important that we vote for candidates, regardless of political party, who will stand up to the drug industry.  Organizations like the National Committee to Preserve Social Security and Medicare endorse candidates from both major political parties when they show they are willing to work towards the goal of passing laws which will strengthen and improve both Social Security and Medicare.  Lowering prescription drug prices is an important key to saving Medicare.

What do we need to ask candidates when we attend town halls and candidate forums?

The good news is that many current members of BOTH parties in Congress have shown a willingness to take some steps towards protecting senior citizens from rising drug prices.  There is now a bi-partisan agreement under consideration to close the doughnut hole in 2019 for brand-name drugs and to close the doughnut hole in 2020 for generic drugs.  However, the pharmaceutical industry has lobbied against this deal, so it is important to know how the candidates in your area stand on this issue.  You may want to also ask if they take donations from pharmaceutical companies, because that could influence their votes and cause them to side with their donors rather than patients.

Currently, federal law does not allow Medicare to negotiate with pharmaceutical manufacturers for lower drug prices, despite the fact that the federal government is the largest purchaser of drugs in the United States.  Many experts believe changing this rule would make a significant difference in lowering drug prices and only Congress can make this change.  Ask candidates in your area if they support allowing Medicare to negotiate lower drug prices.

Americans are often warned about the dangers of importing drugs from online pharmacies in foreign countries, and that danger has been covered in the past on this blog.  Unregulated orders from unknown foreign sources can be a serious concern, since buyers may not know if they are ordering from a legitimate source or if the drugs they are receiving are actually what they believe them to be.  However, the federal government could allow patients to safely order drugs from authorized foreign suppliers in places such as Canada and the European Union, and this could save some patients a significant amount of money.  If this interests you, ask your candidates where they stand on this issue.

There is currently a proposed bill known as the Creating and Restoring Equal Access to Equivalent Samples Act (CREATES) which would prohibit pharmaceutical companies from blocking the development of lower cost generic drugs.  Passing this bill would allow the companies which make generic drugs to force pharmaceutical companies to give them the necessary samples so they can make generic equivalents.  Ask the candidates whether or not they support this legislation.

Did you know that your local pharmacist is banned from telling you that, in some cases, you could get a drug cheaper by purchasing it without using your insurance?  AARP has introduced two bills to the Senate which would ban these gag orders.  We need to elect Senators and Representatives who will support these bills.  Ask your local candidates how they feel about these bills.

Drug prices have been increasing at rates which are much higher than the overall rate of inflation.  AARP is calling on the government to insist that drug companies reveal how much they spend on research and development compared to the amount spent on advertising, and explain how they price their drugs.  This transparency could help prevent huge arbitrary price increases, especially when large amounts of money are going towards advertising rather than the development of new drugs.

Vote for Supportive State Legislators, Too

In addition to having Senators and U.S. Representatives who will vote to make the above changes, states governments can also do a great deal on their own to help patients who are burdened by high drug prices.  Already, 25 states have passed legislation to make pharmacy gag orders illegal.  California requires pharmaceutical companies to give two weeks notice before making any significant increase in the price of a drug.  In Nevada, diabetes drug prices cannot be raised without a detailed explanation.  Ask the candidates for your state legislature what they can do to protect patients from sky-rocketing drug prices in your state.

Vote to Save Medicare

In addition to voting for candidates who support lower prescription drug prices, it is important to know how they stand on protecting the solvency of Medicare for the remainder of your life, as well as for future generations.  The Medicare Trust Fund could fall short as early as 2026, which will create serious problems for people dependent on this healthcare insurance program, possibly shifting more costs to consumers unless changes are made. If you feel you cannot afford to spend significantly more on your medical care, ask the Congressional candidates in your district specific questions about how they would save Medicare. Someday, your life and financial security could depend on it.

Vote to Save Social Security


Ask Candidates About Other Issues of Importance to Retirees

If you attend a candidate forum or town hall meeting, which I hope you will, other questions you will want to ask the candidates about Medicare are:

* Do you want to expand Medicaid or make it more difficult to qualify for it?
* Do you want to protect people with pre-existing conditions from losing their insurance?
* Do you believe in the "age tax" which is when consumers pay higher insurance rates based on their age?

In addition, you may want to ask them about other retirement questions such as:

* Do you believe in improving automatic retirement savings programs for people who do not have a 401(k) available to them through their jobs?
* How do you feel about taxation of retirement income and Social Security?
* What do you think should be done to strengthen pension funds?
* What can be done to protect senior citizens from being victims of fraud and scams?

Several of the above issues, especially those regarding prescription drug prices, Medicare, Medicaid, and Social Security, will probably be dealt with simultaneously in one package deal.  As a result, it is important to ask the candidates of both parties in your area how they plan to deal with these problems.  The more you know, the easier it will be to make an informed decision when you vote.

Rather than voting based on a political party, vote in a way which will protect the programs which you will depend on during your retirement.  In other words, vote for your self-interest and to protect senior citizens in your family. That is a perfectly reasonable and legitimate reason to decide how you will vote, rather than automatically voting for one party or the other.  In addition, follow up with your Senators and representatives and make sure they work towards keeping their promises.

You can get more information about the issues, register to vote, or apply for an absentee ballot at:  votingtool.aarp.org

You can also learn more about important issues at:  votesmart.org, RealClearPolitics.com, Ballotpedia.org and PolitiFact.com.

Learn more about preserving Social Security and Medicare at:  https://www.ncpssm.org/

If you would like more information about Medicare, Social Security, common medical problems as you age, financial planning, where to retire, travel and more, use the tabs or pull down menu at the top of the page to find links to hundreds of additional articles.

You are reading from the blog:  https://www.baby-boomer-retirement.com

Photo credit:  morguefile.com
Posted by Deborah-Diane at 7:24 AM