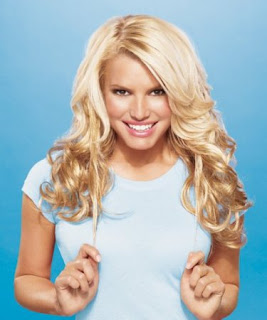 If you are active on Facebook and you are connected to younger adults, you may have seen a recent article that is being passed around and shared by thousands of Millennials and members of Generation X.  When I read it, I was shocked and saddened.  I am sure that this information is going to stun many other Baby Boomers, as well.

The title of the article is:  "Baby Boomers are What's Wrong with America's Economy."  This article was not written by an uneducated, ill-informed, resentful teen.  It is written by Jim Tankersley, a well-educated, highly regarded writer for the Washington Post ... and I am afraid he is speaking for many young adults in this country.

While I do NOT agree with everything this author has to say, and I believe it only gives the viewpoint of his age group, I do believe that it is important for Baby Boomers to understand some of the backlash we are getting from members of the younger generations.  Many of them agree completely with the points made by this author, which is why they continue to spread it around through Social Media.

You will want to read the entire article for yourself.  Meanwhile, some of the main points are listed below.

Many Young Adults Believe Baby Boomers Have Stolen Their Future

*  As the author pointed out, Baby Boomers entered the economy at a time when good-paying jobs were plentiful for both high school and college graduate.  As we must admit, the economic situation has been much more difficult during the past decade, and it has taken a hard toll on young adults.

*  Because we benefited from a strong job market, many Baby Boomers were able to maintain a higher standard of living than is possible for a large number of our children and grandchildren.  In the words of the Jim Tankersley, "My generation, Gen X, is in far worse financial shape than our parents were at the same age. Millennials are even worse off than we are."

*  Despite having lower-paying jobs and less financial security, Jim Tankersley comments that "future generations will have to pay the costs of weaning the world from fossil fuels and/or adapting to warmer temperatures, rising seas and more extreme weather. (Estimates vary, but some projections suggest they could total trillions of dollars for America alone.) They will also have to shoulder the burden of keeping America’s retirement promises to the boomers."  It is obvious from his narrative that Mr. Tankersley and his peers resent this.

*  Tankersley also resents the fact that Baby Boomers expect to receive all the Social Security and Medicare benefits they have been promised, even though this will put an added burden on their children and grandchildren.  Many Millennials and members of Generation X apparently feel it is unfair, in their view, that Baby Boomers want benefits, but are unwilling to make the same sacrifices that are expected from their offspring.  Jim Tankersley goes on to say, "folks my father’s age like to say they’ve paid for those benefits, so they should get them in full. But they haven’t. The Urban Institute has estimated that a typical couple retiring in 2011, at the leading edge of the boomer wave, will end up drawing about $200,000 more from Medicare and Social Security than they paid in taxes to support those programs."  (Of course, Mr. Tankersley does not take into consideration the fact that the money Baby Boomers paid into Social Security and Medicare over the past 40 years should be worth more than we put in, because of the value of compound interest on the principal.)

*  The author then lists other "sins" that he feels have been committed by Baby Boomers.  He asserts that Baby Boomers could have prevented some of the problems that are being passed on to the younger generations, since Boomers have controlled Congress since the George W. Bush administration.  Despite the power that Boomers have held, they have failed to put money aside to protect Social Security.  Instead, as Jim Tankersley says, Boomers have cut their own taxes, deficit funded two wars, shipped manufacturing jobs to China, failed to invest in job training for younger people, and allowed college costs to more than double ... which creates more difficulty for the younger generations.

*  How can Baby Boomers convince younger generations that we do want to reduce the future strain on our offspring?  The author suggests that Boomers should begin to take more responsibility for the current problems.  He believes we should do everything we can to lower carbon emissions and head off a debt crisis.  Boomers should be more willing to pay higher taxes and accept lower retirement benefits.  Clean energy should be a top priority.

Jim Tankersley Made Some Thought-Provoking Points

I must admit that the author has put forth some thought-provoking assertions.  It would be impossible to guess his political affiliation based on what he has to say in this article.  On the liberal side, he wants more money spent on job training and to lower the cost of higher education.  He also wants both the government and individuals to invest in clean air and clean energy.  On the conservative side, he wants a balanced budget and reduced government debt ... and feels that all Americans, including retirees, should share in the cost of accomplishing this.

Other Complaints About Baby Boomers

The Jim Tankersley essay is not the first time I have heard complaints from younger adults about the burden being placed on them by Baby Boomers.  From time to time, I have also received very critical comments about Boomers on this blog ... and promptly removed them.

In one case, a young adult posted a comment on my blog that said, "Why don't all you Baby-Boomers just hurry up and die so there will be more jobs for people my age?"

Of course, I removed that comment as quickly as possible.  I assumed that it, and others I have received like it, were just left by malcontents.

However, I am beginning to see that some of these comments are not being left by "mentally unstable" individuals.  Instead, they may be reflecting the beliefs of a large number of members of the younger generations.

And that is why I thought every older adult should know why Generation X and Millennials resent Baby Boomers.  We need to be prepared for some of the changes they may make once they are the generation in power ... and it currently looks as if we may not like the decisions they could make regarding our benefits and care.

If you want to read the full article, you can find it at:

If you are interested in ideas about where to retire, financial planning, health issues as we age, changing family relationships and more, use the tabs or pull down menu at the top of the page to find links to hundreds of additional helpful articles.